The business of making sports predictions is a wild one indeed. Consider the dynamics of some of the types of picks we currently make here on TeamRankings.com:

With all that as background, the point of this update, which we intend to do periodically, is about both transparency and education. We’ll review how our picks are doing from the 10,000 foot level, highlight performance over both the short as well as longer term, and provide some insights around what matters and what doesn’t.

Why The Broader Context Matters

As our site has grown over the years, we now make picks for lots of different things, yet many of our customers only get a very “micro” level view of what we do. Some customers only care about a very narrow subset of the predictions we make, and short term outliers (e.g. especially good or bad weeks or days) naturally get the most notice.

When it comes to evaluating results, though, it’s important to understand the broader context. Most importantly, the nature of making the types of picks we make means that even long term success will almost certainly be marked by a lot of short term variance in results. Put another way, it’s very unlikely that any specific week’s performance will exactly match what ends up being our final, end of season success rate.

Perhaps most important to understand is that the more “micro” you get in your evaluation — say, only looking at how a specific type of pick performed over a small sample size of games — the bigger the influence that luck can have on our results. For example, last year our 2- and 3-star rated NFL point spread picks went a very successful 66-54-0 (55%), but we had weeks when they went 2-4, 3-5, 3-6, etc.

In the short term, pretty much anything can happen. That’s to be expected, and judging any system on a week’s worth of results isn’t a good idea.

Now let’s get to the review of the past couple weeks of picks.

Note: With our Football Pick’em Picks product, our customers report their current place in their pool’s standings on a weekly basis, when they come to the site to get the current week’s picks. As a result, we’ll always be a week behind in reporting how our customers are doing in football pick’em pools.

Picks That Did Well

Picks That Didn’t Do Well 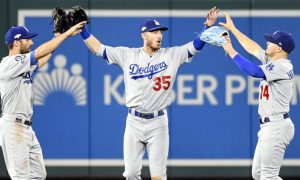