Week 10 was our last TeamRankings Championship qualifier, and for the second time in 10 contests this season, one lineup entered multiple times claimed all three tickets to the Week 11 Championship Finals.

Dylansdeadly finished atop the standings with four identical entries. The win gives him three entries into the Week 11 Finals and at least $1,530 in guaranteed profit.

Week 10 was one of the NFL season’s lowest scoring weeks for FanDuel points, and Dylansdeadly cashed in with huge repeat performances from Jeremy Langford and Antonio Brown to claim victory.

Here’s the winning lineup for Week 10: 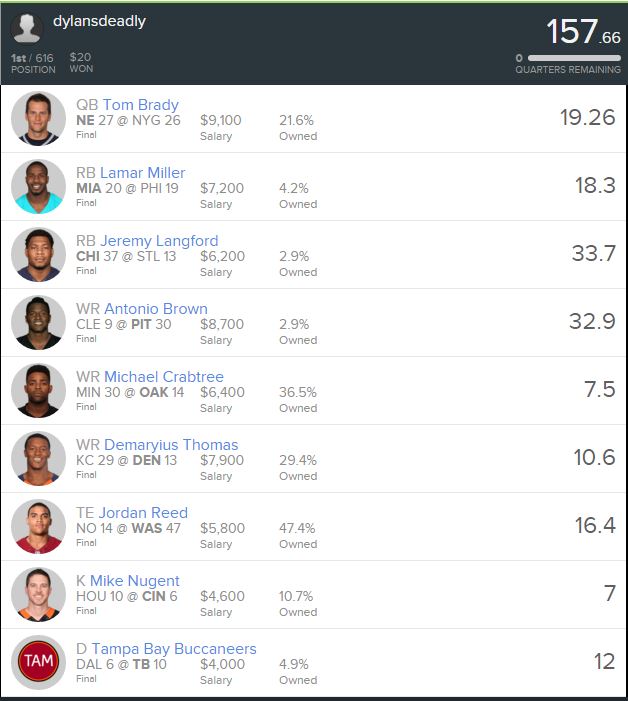 Thanks to everyone for entering the TeamRankings Football Championship this season. More than $25,000 in prizes are up for grabs in the Week 11 Finals. For a full list of the participants, see our fantasy page.

Best of luck to the participants, and good luck with your FanDuel lineups for the rest of this season!