When Should You Pick a Popular Team In A Survivor Pool?

Sometimes, we recommend taking a popular favorite, and other teams we avoid them. Here are some reasons that could be the case. 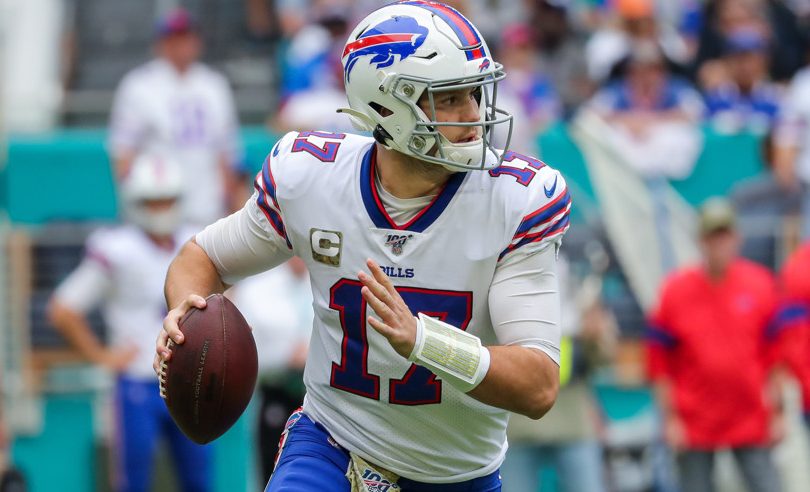 One of the questions we get all the time is why we are recommending (or not recommending) a particular very popular team.

Subscribers may see situations that look roughly similar on the surface, but where the recommended strategy is different. For example, maybe early in the season we recommended avoiding a big favorite who was the most popular choice. But now are recommending choosing a later week’s most popular team.

The answer in most cases is simply that not everything about the situations is the same. All of the following could be factors:

Let’s go through some examples that might illuminate those things better.

A Tale of Two Big Favorites

Because little differences add up. Let’s look at those differences to see how expected value is dynamic and depends on multiple factors.

The biggest difference between these two cases was in pick popularity. And not only the pick popularity of those two top favorites, but also the relative differences compared to the second-best options by win odds.

In both weeks, the teams with the next highest win odds were at roughly the same level. Jacksonville in 2018 and the Los Angeles Rams in 2019 were both favored by about 9.5 points. But the pick distribution of the top two options was very different.

In one case, the largest favorite was being picked nearly six times as frequently; in the other less than twice as often. Because of those relative differences, the Minnesota pick had a lower expected value. You could “fade” Minnesota by taking some somewhat riskier, but unpopular choices, and if the Vikings lost, a larger chunk of the pool would be wiped out.

Meanwhile, the Chargers-Rams scenario actually produced the opposite effect. Because the relative pick popularity difference between the two was not as large, you could instead “fade” the Rams by still taking the safest option, which is the direction most of our recommendations went that week.

Add in that Minnesota had more future value in 2018 entering Week 3 than the Chargers did in 2019 entering Week 4, and the expected value of the two picks was different enough to alter the recommendations, even though they looked like similar cases on the surface.

Examples from the 2019 Season

We ended up recommending our users actually take two of them at a higher rate than the public (the aforementioned LA Chargers in Week 4 and Philadelphia in Week 5) and another at almost the same rate as the public (Dallas in Week 3).

In the six other cases, though, we recommended the popular team far less than half as often as the public was taking them. Those were:

Let’s go through the differences to illustrate why recommendations either tended toward the very popular public choice or away from it.

Future Value can play a role in why one popular team is recommended. We recommended Buffalo, Minnesota, and New Orleans at lower rates than the public in part because of the Future Value each had, in particular Buffalo. The Bills played a very favorable schedule in 2019. Even though the Week 7 matchup against Miami was attractive, they had several other weeks where they looked like a potential good choice. And with 65% of the public picking them, they were expected to have high EV in future weeks because of lower popularity, further increasing their Future Value.

All three of those teams were in the Top 6 in our Future Value estimates at the time of those decisions. In contrast, the three early choices (Dallas, the Chargers, and Philadelphia) were all lower in Future Value.

Of course, this has a limit, and it’s not the most important factor in most cases. Those later popular choices (Oakland, Cleveland, and Carolina) had low Future Value, which was a factor in why the public was so heavily using them. But we’ll get to them soon.

It’s easy to look at the popularity numbers and just lump them together as “very popular.” But Buffalo was at 65% popularity, while the Chargers and Eagles were below 50%. The best choices are dictated by the specific numbers, and higher popularity lowers Expected Value. If Buffalo had been just a little less popular, they would have likely moved up as a more frequent recommendation. Similarly, if the Chargers or Eagles had seen their popularity numbers rise well above 50%, the attractiveness of those choices would have been reduced.

In the 2019 Week 4 situation, the relative expected value difference between the Chargers and Rams was dependent on where the pick popularity of the two ended up. If the Chargers were drawing 10% more of the public’s picks (for 54% overall) and the Rams were 10% less (19%) then the expected value for each would have been nearly identical.

Finally, win odds play a big role in which popular choices still remain fairly priced, and which have become overvalued. Just because two teams have the safest win odds in two different weeks doesn’t mean they are the same.

And the way win odds affects the impact of high popularity may not be intuitively obvious. Pick popularity is most important as a measure of how many opponents could be eliminated with a loss, giving you an incentive to avoid picking a team. That “with a loss” part is key. The higher a team’s win odds are, the less likely you will gain any ground by avoiding them. There is a vast difference, for example, between avoiding a 90% favorite and an 80% favorite. Your opponents are twice as likely to lose by picking the latter, which makes a high pick rate twice as important.

In the cases where our recommendations were still heavily on the popular choice, the average win odds were 91%.

In the cases of Oakland, Cleveland, and Carolina, the average win odds were 80%. These were three teams that were very popular with the public, but they were not nearly as safe as some highly popular choices earlier in the season.

Every Week is Different

The ultimate answer to when you should and should not take the most popular choice, then, is — it depends. Win Odds, Popularity, and Future Value all matter. Subtle changes to each can make a difference.

Every large favorite is potentially a good choice … or a poor one … depending on where the numbers end up.

That’s why we built the Survivor Picks product, to break down all those factors and do all the heavy lifting and analysis in order to make the best choices.