Future Value: What It Is & Why It Matters For Survivor Pool Picks

To win at survivor pools, you have to account for the future value of each potential team to know which ones are worth saving. 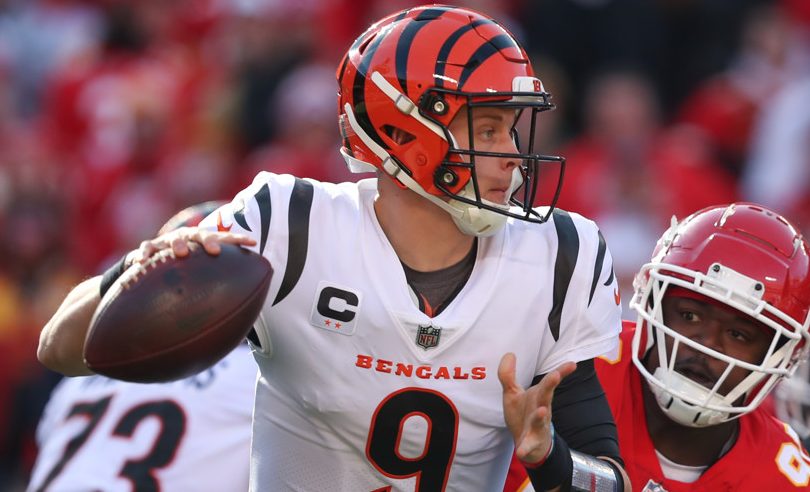 “The future depends on what you do today.”

We can only assume that Mahatma Gandhi was a secret survivor player, because that advice also rings true when trying to win a survivor pool.

If you don’t make your selections with some consideration for the future, you will face a tougher test to finish the season. Future Value is the third element of the Holy Trinity of Survivor Pick Strategy. We’ve discussed Expected Value and how both pick popularity and win odds in a given week determine it. But if you don’t also give thought to the future, you could still make suboptimal choices that leave you worse off.

The term “Pyrrhic victory” refers to a victory that leaves one in a worse position, often through a loss of valuable resources, to win the larger war. In the case of survivor pools, those resources are the team selections, because they are limited. And it is absolutely possible to gain wins early in a survivor contest while putting yourself in a worse position to win the ultimate contest.

So let’s go through what you need to consider when thinking about your survivor future.

How Predictable is the Future?

An NFL season is always full of surprises, suspensions, key injuries, and unexpected breakouts. So accurately predicting the future in the NFL is a difficult task.

That said, it’s also not completely unpredictable. If it were, we wouldn’t see a lot of the same teams returning to the playoffs. What happened the previous year would have no impact on how the next year played out. While it is impossible to predict the NFL season perfectly, we can make better estimates than simply relying on chance.

In 2019, seven of our 12 most likely playoff teams entering the season actually made the playoffs. And of the five that did not, four of them won at least eight games, so they barely missed (and the fifth, the Los Angeles Chargers, were only outscored by 8 total points on the season). The five playoff teams that weren’t in our preseason list of 12 were projected, on average, to win 8.0 games. So again, they were mostly not huge surprises.

Meanwhile, the bottom six teams in our 2019 preseason win projections averaged 4.3 wins. These are the type of teams you would more likely be picking against in survivor.

So while you cannot perfectly project the future, taking the future into account to the best of your ability should still improve your chances to win a survivor pool.

To properly determine the future value, you need to use some of the same concepts as weekly expected value. You need to estimate the win odds and popularity of teams in future weeks in order to know how valuable each team will be going forward.

Not All Schedules Are Created Equally

It’s important to actually go through the NFL weekly schedules and project outcomes. The truth does not always match the assumptions when it comes to which teams have the most future value.

Elite teams will have some tough future matchups where they will have low win odds. Schedules can vary greatly in the NFL, with some top teams catching multiple games against teams projected at the bottom of the league, while others play balanced and more difficult schedules. Many survivor pool players might incorrectly assume a team has more future value than it actually does.

Take the Buffalo Bills in 2019 for example. The Bills were consistently in our top five of Future Value for most of the season. Yet, they weren’t power-rated highly in our predictive rankings. What they did have was an easy schedule. They faced many of the teams in the bottom of our rankings throughout the season. They played the Jets and Dolphins twice, plus the Bengals, Giants, and Redskins (going 6-1 in these games). As a result, they had a high Future Value score while many of those games remained on their future schedule, often higher than teams like the Saints, Packers, and Seahawks.

You can think of Future Value as a way to summarize with a single number all the Expected Values a team will have in the future. But punishing a team for having a low expected value, versus an average expected value, in a future week does not make a lot of sense. In Survivor, you are (usually) picking one team. It doesn’t matter much if a team that you would not consider is the 15th or 25th best option. Instead, we want to weight Future Value in a way that identifies the top future EV choices.

The specific value assigned to a team depends on the projected EV. Add up the individual weekly values for each team, and you get the Future Value.

Because not all weeks are created equally in Survivor, it’s important to make future value calculations that fit your pool.

Pool size has an impact on how long a pool is expected to last. You can see our full breakdown of the expected outcomes by pool size, using historical data, in this post. Smaller pools should typically end sooner than really large pools, other things being equal.

Similarly, pools with strikes or buy-backs should last longer than pools that do not allow those things, among pools that are otherwise the same size.

To properly estimate future value, then, it’s important to know how long a specific pool is expected to last. Let’s say you are in a pool that has never gone past Week 12 before a winner is decided. It wouldn’t make sense to treat weeks 13 to 18 as having similar value as early weeks.

Let’s take the 2019 Kansas City Chiefs as an example. Two of Kansas City’s best projected matchups at the outset of the season were in Week 13 (vs. Oakland at home) and Week 15 (vs. Denver at home).

In a smaller pool that was very unlikely to get to Week 13 or 15, though, Kansas City’s high expected value in those future weeks should have little impact. An entry in such a pool might appropriately have considered using Kansas City earlier.

To account for this, we weight the individual weekly values by the likelihood your pool will still be alive at that point. This weighting has a big effect on small pools, but is small to nonexistent for very large pools.

Uncertainty Increases the Further Out the Future Is

Another important factor to consider when weighing future weeks is that the farther in the future something is, the harder it usually is to predict. Weather forecasts, for example, are far more accurate when made less than five days out than they are more than 10 days out. The same is true with NFL predictions.

Usually, you can more reliably predict the win odds and pick popularity of games two weeks away than those ten weeks away. The more weeks in between your prediction and the future event, the more opportunity for intervening information to change those numbers. Injuries and roster changes have more time to develop.

Because of that, we also discount weekly future values the further away they are, to account for that increased uncertainty. That doesn’t mean we throw our hands up and say “the future is unknowable.” It does mean we recognize that we know less the further away something is.

Future Value, then, is a one-number summary of the weekly expected values of each team, weighted toward the EVs most likely to produce playable picks, and discounted for future uncertainty, and for the likelihood a specific pool will last through a given week.