Plenty of survivor players will avoid picking road teams if possible. The evidence does not support that strategy. 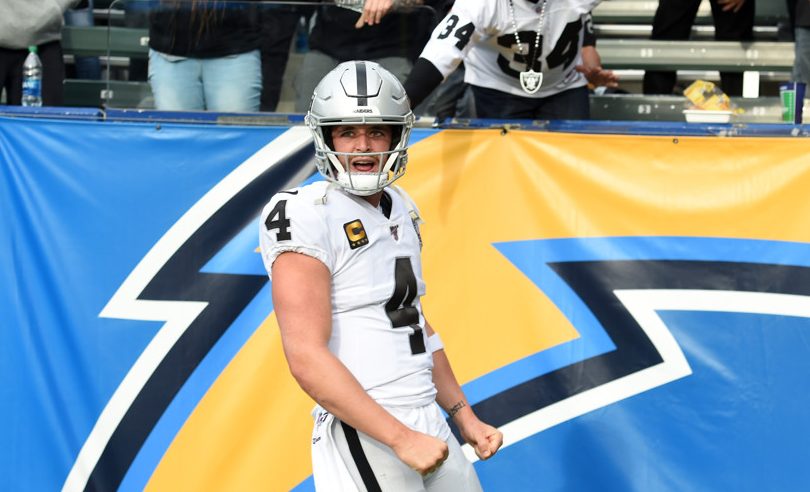 A popular myth among Survivor pool circles is that you should avoid picking road teams. Is this a function of contestants not properly considering the effect of home field advantage or looking at the betting odds? Whatever the reason, the evidence that road teams are worse options in Survivor pools–once you have accounted for the win odds of the team and figured in the impact of home field advantage–is weak.

What is True: Home Field Advantage is a Real Thing

We want to be clear here. Home field advantage matters in the NFL. Teams that play at home win more games than they lose over the course of the season. From 2002 to 2019, home teams have won 57.2% of games.

Why then, do we say that it is a myth that you should avoid picking road teams in Survivor?

It’s no secret where NFL games are played. Market-based metrics like point spreads already “price in” the market’s expectation of the impact of that very public information. Our models and win odds also account for home field advantage.

In 2019, of the 39 games where a team had win odds of 80% or higher, most of them were playing at home (77%). But that doesn’t mean you should avoid the favorites who happen to be playing on the road. If the betting market says a team has an 85% chance of winning, you do not then need to dock them for also playing on the road. The evidence does not support it.

It’s worth noting that you can sometimes appear to find evidence that backs up this myth, depending on how finely you cut the data. However, small sample sizes of data aren’t trustworthy.

For example, since 2002, NFL home favorites of 7 to 9.5 points have won 78.1% of the time, compared to a 72.3% win rate for road favorites. That seems like an eyebrow-raising result. However, if you consider only the last six NFL seasons, the trend pretty much flips; more recently, the road favorites (77.9% versus 74.4%) have won more often. So there is nothing you can conclude with high confidence.

What about the biggest favorites?

Road Teams Could Hold Value if Your Opponents Believe in Myths

Earlier, we mentioned that 77% of the favorites with win odds of 80% or more in 2019 were playing at home. Those home teams were more popular choices than the road teams, suggesting that perhaps some entries avoided the road teams.

Those two groups had nearly identical average win odds, at 85% for each group of teams on average. Since you want to take teams with high win odds and relatively lower pick popularity, having others in your pool that buy into the myth provides some value.

Don’t limit your options by ruling out road teams as survivor picks. Do look at the odds. It doesn’t happen often, but occasionally, a road team ends up being the best play for your pool in a particular week.