We go through some examples of situations involving Future Value and Expected Value and how our recommendations were made on those factors. 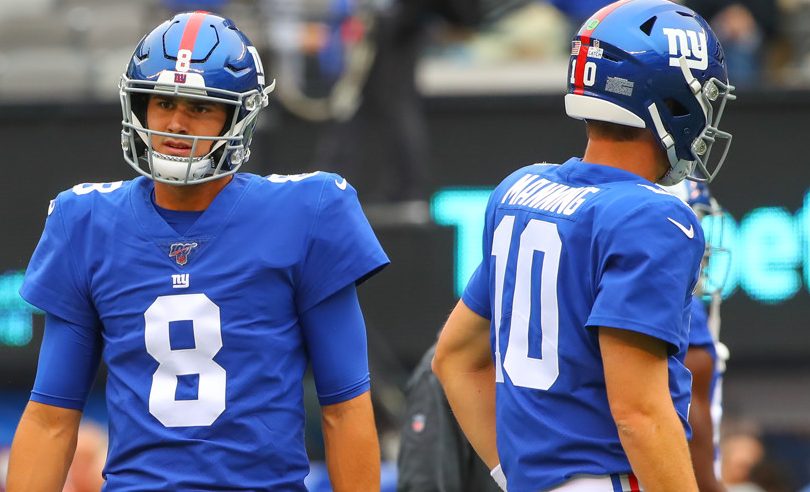 Ultimately, survivor decisions are based on both the Expected Value for that specific week, and how valuable it is to preserve that team for future value. Generally, the best survivor choices are those that:

Those are the platonic ideal for survivor choices. But reality is often far more complex and conflicting. Teams that tend to have high win odds also tend to be very popular, at least until other entries have already used them up as options. The best options by expected value also tend to have higher future value. A lot of the same teams tend to show up as favorites from week to week.

What happens when some of those goals conflict? That’s why we develop grades that incorporate both Expected Value and Future Value to make decisions in individual pools.

Those grades combine both elements to weigh the value of making a pick, and are customized by the particulars of each pool, including the size and the specific rules.

We will go through some archetype examples, using examples from the 2019 season.

What happens when the team with the highest expected value also has the highest future value? We saw this in action in 2019 with the New England Patriots. In Weeks 2 and 3, the Patriots were prohibitive favorites against the Dolphins and Jets, with win odds of 90% or greater in both weeks. The Patriots also had the highest Future Value. That’s because they had several other weeks where they were expected to be a large favorite. (This estimate was accurate: Patriots had win odds of 75% or more in seven additional weeks after Week 3, most of any team in the NFL).

The answer in these situations is largely: it depends.

In Week 2, our recommendation rate was slightly under the public pick average for New England, as we recommended them 23.4% of the time versus 28.0% for the public.

The Answer Depends on Pool Type and Size

But that was highly dependent on pool type. The Patriots were not typically recommended in non-standard pools, such as those that allowed buy-backs, used strikes, or required multiple picks later in the year (when New England would be even more valuable). In smaller standard pools–those not expected to last all season–the opposite was true and New England was recommended at a higher rate than the public.

In Week 3, our recommendations, meanwhile, were more heavily on New England than the public was. The difference was the number of reasonable options. In Week 2, Baltimore was nearly as safe and not quite as popular. Baltimore’s EV was similar to New England’s. And while New England had the highest EV in Week 2, there were four other options besides Baltimore with an EV greater than 1.00. In Week 3, besides New England and Dallas, there was a huge dropoff in Expected Value. No other option had an EV over 0.90.

As a result, even though New England had high Future Value, they also had very high current value, as getting a team with win odds above 90% is rare in survivor pools. Whether it made sense to pick them, then, depended on the other options available, and how likely the pool was to go deeper into the season.

Good, But Not Great Expected Value and High Future Value

When a team has the best EV for that week, maybe the circumstances of your pool still dictates using the team even if they also have great Future Value. But when the EV goes to simply “pretty good,” things change.

This is illustrated by the case of the Kansas City Chiefs in 2019. Kansas City was favored in their early contests, but also had great Future Value late in the season. And there were other options with higher win odds than the Chiefs in those early weeks.

In Weeks 2, 4, and 5 of the 2019 season, Kansas City had the third-highest EV each week. They also, though, had the second-highest Future Value behind only New England entering each of those weeks.

In a vacuum, Kansas City would have been a reasonable choice in any of those weeks. But you don’t want to typically use a team with great Future Value in a situation where they are not clearly a top EV choice.

Here were the public pick rates versus our recommendations on using the Chiefs in each of those weeks.

On average, we recommended using Kansas City in these weeks on only about 1% of our subscriber entries, and they were not one of our top five recommendations in any of those weeks. Meanwhile, the public averaged using them on almost 11% of all entries during those weeks.

These situations, where a top team has decent but not overwhelming Expected Value, and plenty of Future Value, are key points where we often differentiate from the public. In the case of the Chiefs in 2019, not only did they lose in Week 5 with 22% of the public picking them, but that future preservation worked out on the back end as well.

Week 13, at home against the Raiders, was always projected as one of the top spots to use the Chiefs. When Week 13 rolled around, Kansas City had the highest win odds of any team. Meanwhile, 47% of the public took Carolina against Washington, while only 17% selected Kansas City. When Carolina lost, those who had saved Kansas City for an even better week, rather than use them when they were a decent option, were rewarded.

High Popularity and No Future Value

Whether these teams make for good picks often depends on their popularity, and how that impacts the EV of other options that week. There are times when the public goes overboard in taking a team because “this is the spot to use them.” That can lead to value elsewhere by not following the crowd.

Oakland in Week 11 of 2019 is one example of a popular choice with little remaining future value who had merely good, but not great, expected value because of that high popularity. The Indianapolis Colts in Week 10 are another. In one case, it worked out for the public in terms of advancement as Oakland survived, while in the other a large chunk of participants were eliminated by taking the Colts.

In both cases, high popularity reduced the EV enough (and increased the EV of other choices) that it was typically more prudent to avoid following the crowd. That’s true even though it might be the last clear chance to use that particular team in your survivor pool.

The other situation to consider involving teams with no future value is when they are not popular, but have good enough win odds to have one of the Top 5 or 6 EVs for the week.

This is, in many ways, the opposite situation from the Kansas City example earlier. Here, Future Value (and lack thereof) push a team that otherwise merely looked like a decent option into one of the better plays in some types of pools.

Perhaps the best example of this in 2019 was in Week 6, when Washington ended up being our second-most frequent recommendation at 25.6%. As they had been in many early weeks, Baltimore and New England were the two most popular choices and among the best EV options. But many entries had already used them (both among our subscribers, and the general public).

Our recommendations tended toward Washington; Dallas (at the New York Jets) was the most popular other option for the public.

Washington had no future value, and were among the worst teams in the NFL. But they were facing the Miami Dolphins and were favored in Week 6. With a pick popularity below 5% they were also being picked at a low enough rate to make them the 5th-best EV. Their EV (0.91) was also very close to both Dallas and Baltimore, two teams with good future value.

So a play on Washington sacrificed some immediate safety (win odds of 69% versus 73% for Dallas, for example) to preserve more Future Value and utilize a team that was both unpopular and would have no further value.

On the surface, it was a week very similar to Week 4 of 2019, when the Chargers were the most popular choice and had the best win odds, and the Rams were the second choice with the second-best win odds entering the week. In fact, the difference in both win odds and EV between the two choices in those weeks were almost identical.

So while Expected Value is still the primary driver of decisions on the best survivor values, Future Value does have a role to play when developing the best strategy for your pool.