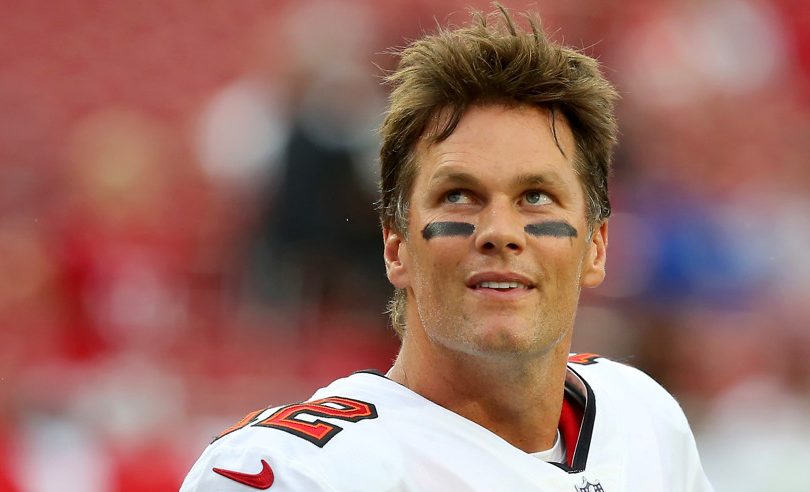 DraftKings hosted a large-prize NFL survivor pool in 2021, the DraftKings Pro Football Millionaire Survivor, and it is back for 2022.

As a site that specializes in NFL survivor pool picks and strategy advice, we wanted to provide some high-level thoughts about how to win a pool like this. Our subscribers have reported winning nearly $3 million in prize money in survivor pools since 2017, including some big victories in larger pools.

First we’ll review the basic rules and parameters of the DraftKings survivor contest, then provide some strategy tips. If you want our weekly pick recommendations this pool or any other survivor pools you enter, check out our NFL Survivor Picks product.

Here are the details for this year’s DraftKings Pro Football Millionaire Survivor contest.

The DraftKings Pro Football Millionaire Survivor utilizes basic standard survivor rules. Each entry must successfully pick one winner each week. If your pick loses its game, you are eliminated. (However, for 2022, if your pick ties, it advances, which the rules are explicitly spelling out after some controversy last year.)

You can only pick each NFL team once over the course of the 18-week regular season. However, you can pick against teams as often as you would like. The winner is the entry (or entries) that survive the longest.

Anyone of legal age who can submit picks in a jurisdiction where DraftKings Sportsbook is offering the contest. Right now, this includes participants in the following states:

What Is the Cost?

What Is the Prize Payout?

There is a guaranteed $1 million prize pool, which will go to the last entry standing. If multiple entries make it all the way through the NFL season (or the final entries are eliminated in the same week), they will split the prize money.

DraftKings is taking an administrative fee of 6% for each entry.

[If you do want to play in this contest and sign up at DraftKings as a new customer, you get a deposit bonus of 20%, up to $1,000, on your first deposit.]

If it fills without an overlay, the DraftKings contest will have over 1,000 entries, if not more. That plays a major role in how you should approach your picks.

Strategy for survivor pools with hundreds or thousands of entries can be vastly different from how you should approach a smaller pool among your officemates or friends. We have a survivor strategy guide with articles on a variety of topics, so you should check that out if you want to dig deeper.

Pools with over 1,000 entries have the lowest win rate because of the number of competitors you have to beat. But there is a silver lining; based on our extensive historical data on subscriber pools, they also offer the biggest hypothetical edge.

In large pools, our subscribers have won 7.5 times as much money as you would expect compared to a typical entrant in those contests.

Be Willing to Take Early Risks

If your primary focus is to avoid risk in a large survivor pool, you will have a difficult time winning.

If there are exactly 2,000 entries in the DraftKings contest, you have a baseline 1-in-2000 chance of winning the full prize amount. Those extremely low odds are offset by the upside of winning a huge sum of money if you can outthink, outluck, and outlast your opponents.

Survivor pools are risky ventures. Even picking the biggest favorite each week often gets you knocked out by Week 6. In a typical year, over half of all entries are out of survivor pools nationwide by the end of Week 3.

You win survivor pools by making correct picks while your opponents get eliminated, not by frequently making the same picks as everyone else. You have to be willing to take on a little more risk for a bigger payoff.

Note that we say “a little more risk.” We don’t want you to confuse that with being reckless. You don’t need to go out and pick seven-point underdogs each week to win the DraftKings contest.

But you can often increase your expected winnings from a pool like this one by taking an unpopular six-point favorite, while a lot of other entries are taking an eight-point favorite.

Use Pick Popularity To Guide Your Picks

How do you create value in survivor pools? You pick teams when others are less likely to pick them.

If a large chunk of the pool is concentrated on one team, you are one big upset away from making a huge leap in the pool. If you are part of the crowd picking the popular choice, you stand to benefit far less even if the team advances.

The best survivor picks are those where your team has high odds of winning while others are heavily concentrated on different teams. To know when these opportunities might present themselves, you need to be aware of public pick popularity.

When someone sets a pick for the week, that information is recorded and becomes part of the public data. At TeamRankings, we gather data from multiple sites. That allows us to estimate how frequently each team is being selected in survivor pools every week.

You may have fluctuations in how a small group of entries behave. But in a large NFL survivor contest like the DraftKings one, the behavior of the crowd is going to closely resemble what we see across the public pick popularity data.

Using that info is a powerful tool to find out where your picks have the most bang for the buck.

Plan On Having To Survive The Season

Lots of survivor players focus on surviving the current week and will worry about the future if they get there. If you think bigger picture, you’ll have an edge over opponents with such a mentality.

Since 2010, the median cumulative survival rate through 17 weeks is 0.4%. That means 4-in-1000 entries, on average, get through a full regular season. The NFL expanded to an 18-week schedule in 2021, adding one more week of survival to the task.

Let’s say the 18-week schedule reduces full-season survival rate to two or three of every 1,000 entries. A smaller pool isn’t likely to last the full 18 weeks. But in a large pool like the DraftKings contest, you should expect a handful of entries to do so.

That means you have to be prepared to use 18 different teams. You cannot just rely on picking the biggest favorites all year. Odds are, you will have to use some mediocre or even bad teams at some point to win this thing.

Understanding this harsh reality allows you to attack the contest with a better strategy than most.

Use Teams When They Offer The Most Value

If you will likely need to pick 18 different teams to win, how should you choose which one to use each week? You should pick teams when their value is the highest.

Let’s say you know Buffalo will have a 75% or higher chance of winning in several different weeks. Would you rather use them when 40% of opponent entries are picking them, or when 10% are?

You should prefer the latter, because that will often means that your opponents  on a few other risker teams—likely because they’ve already used Buffalo.

To maximize your season-long competitive position, you typically will want to try to avoid using a great team when they are highly popular early on in the DraftKings contest. You would benefit immediately if there is a big upset, and you will have that team available in the future when a lot of your competitors won’t.

The chart below shows the actual pick popularity for Buffalo in 2021 when they had win odds of 70% or higher.

Buffalo was a very popular choice in Week 4 when they played Houston, and nearly 40% of the public picked them. But they ended up having four different weeks of 85% or higher win odds after Week 10, and only a small fraction of the public was still picking them in those weeks.

The Bills’ value as a survivor pick was highest late in the season because over half of all entries nationwide had used them by mid-season.

To save Super Bowl contenders like Kansas City, Tampa Bay, or Buffalo for later in the season, you may need to take calculated risks on other teams earlier. The public is more likely to use the best teams in the first half of the season and make their riskier picks later on, so you should take the opposite approach for the biggest edge.

Get All The Data At Your Fingertips

If you’re serious about winning survivor pools—from the DraftKings Pro Football Millionaire Survivor to the 25-person pool with your buddies from college—we’ve built the most comprehensive set of tools and technology for making the smartest survivor pool picks.

TeamRankings provides tools that evaluate the Expected Value of each pick. We assess the future value of saving teams and do not use a cookie-cutter approach to simply give you the same advice regardless of what type of contest you are in..

We customize pick recommendations for your survivor pools based on the size of the pool, as well as any optional rules like strikes or multiple pick weeks. Plus, we’ve built interactive tools like our Data Grid, Season Planner, and EV Calculator to help you strategize and analyze your way to the biggest edge.

To learn more, check out our NFL Survivor Picks.