The NFL shifted the schedule for several teams, to accomodate shifting New England-Denver back a week. We look at survivor pool implications. 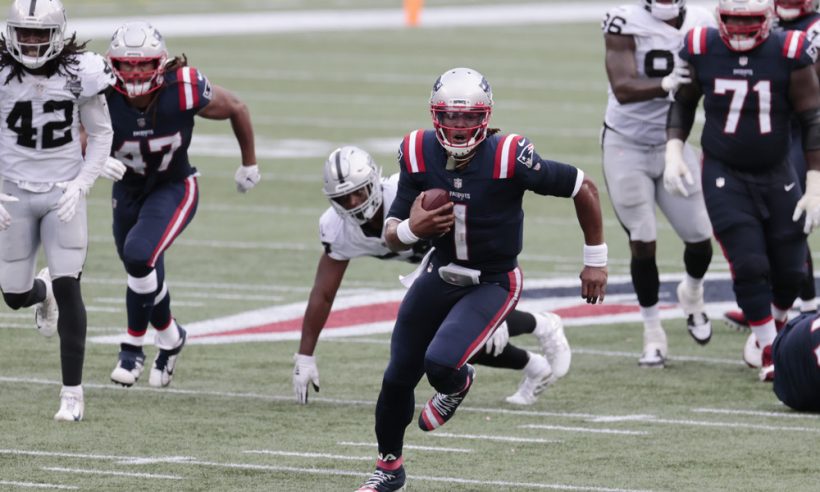 The NFL shuffled multiple matchups in order to accommodate a move of the New England-Denver game back by one week. The Patriots and Broncos sat out Week 5. They will now play in Week 6, giving the Patriots another week to make sure there is no coronavirus outbreak among their team.

Some of the matchup moves will have an impact on survivor pools, and we’ll break down how they might affect your pool and your view of future value for some teams.

The 2020 NFL Schedule Changes Made in Week 5

Here are the changes where a matchup was moved from one week to another, to facilitate the move of Denver-New England.

Four of those matchups have clear survivor relevance, and one other (Miami-LA Chargers) could become a consideration depending on how the teams perform over the next month.

Here are the biggest takeaways of how things might have shifted as far as future value and how upcoming weeks could be impacted by the changes.

Week 6 was shaping up as a week with no clear top win odds option. Here are our top projected win odds for Week 6 after the shift.

New England-Denver moved off a packed Week 5 to now be more survivor-relevant. New England would have had less than 10% popularity even if the game was guaranteed to be played. Add in that Cam Newton is highly likely to be back in Week 6 (along with Denver QB Drew Lock also being a possibility), and New England may be more useful in survivor pools in Week 6 than they would have been in Week 5.

Since Baltimore has been frequently used over the first five weeks by entries (and continues to have high future value), and the Colts just had over 40% public popularity in Week 3, plenty of entries may be looking for alternatives. Those entries could now split between Miami and New England.

Week 8 has always been a key week. Kansas City gets the Jets at home and could have one of the highest win odds of the season (our projection is currently over 90%). After that, the Week 8 options drop off quite a bit. The Chargers-Jacksonville game was going to be part of that next tier.

Now, the next safety tier of Week 8 options look like:

But those three teams have been popular choices at some point over the first five weeks and may not be fully available to all entries. The Chargers were likely to be very popular among entries that had used Kansas City, and now that option is removed.

The Chargers Could Now Be a Popular Pick by Week 11

While the Chargers may have had a chance to be more popular in Week 8, with that option shifted on the schedule, they could be a very popular choice in Week 11 now when they face the Jets.

The only two teams we currently project with higher win odds in Week 11 are Baltimore (vs. Tennessee), and New Orleans (vs. Atlanta). But both of those teams are likely to be far more highly used by that point in the season, and the Chargers could be a very popular choice as a team that is more commonly available.