There's lots of bracket advice out there, so here are some things you should consider (or avoid) when listening to advice filling out your bracket. 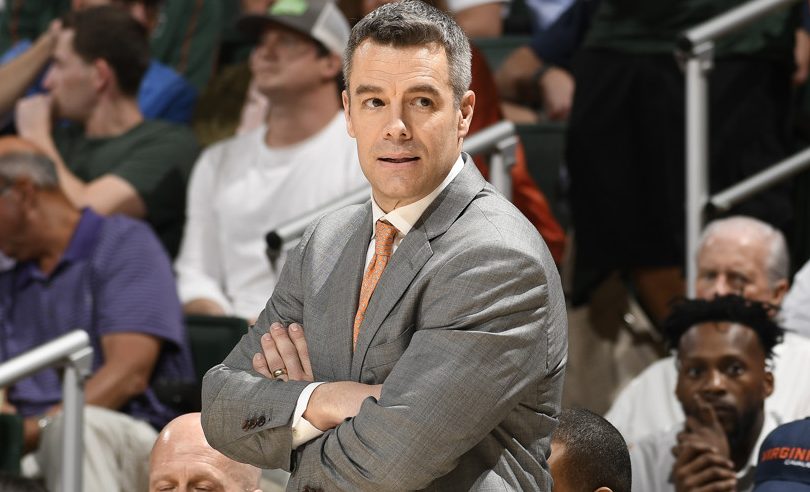 When it comes to getting bracket advice when filling out your NCAA tournament bracket, two things are certain:

In this post, we’re going to summarize the most important elements of winning bracket pool strategy — and make it clear when you should tune out the so-called advice of self-professed bracket experts.

Do You Trust Opinions Or Science?

We’ve spent the past 15 years conducting objective research into bracket pool strategy. We’ve built technology to simulate the NCAA tournament millions of times, and we’ve measured the performance of billions of different brackets in hypothetical pools.

Most importantly, we’ve helped thousands of real people win real money in real bracket contests. Over the last six years, 57% of our customers have won a prize in a given year on average.

So we can distinguish fact from fiction when it comes to bracket picking tips.

Here are the top five things you need to watch out for when someone offers you bracket picking advice.

(If you’d rather skip the details and just see the best bracket for your pool, then get our 2022 NCAA bracket picks.)

1. the bracket advice isn’t based on market- or data-driven predictions

There are over 4,000 games in a single college basketball season.

To develop a deep knowledge of every NCAA tournament team, a human brain would need to assimilate and process data from every single one of those games. It’s simply not possible.

As a result, college basketball fans form biased opinions based on imperfect data. Your uncle Frank watched Auburn play five games this year, and Auburn won all five of those games by at least 10 points. Guess what?

The “experts” on TV fall into the same traps. Granted, some sports media personalities do develop a lot of knowledge about certain teams or conferences. But in a season-long picking contest, the majority of them can’t out-predict sophisticated computer models, the betting markets, or even the consensus picks of a large number of fans.

Independent sites track and prove this every year.

And let’s not forget why a lot of people get on TV in the first place. Hint: It might have a little more to do with their looks and/or fame than their bracket picking skills.

Bracket pools come in an astounding array of flavors when it comes to scoring systems.

Some pools award a fixed number of points per round for each correct pick you make. Some offer a huge reward for picking the NCAA champion correctly, relative to early round games. Others give bonus points for picking seed-based upsets.

Most bracket pool players don’t realize it, but the details of your pool’s scoring system play a big role in determining your best picking strategy.

There is no such thing as a universal “great pick” for all types of bracket pool scoring systems. It may sound crazy to some people, but picking a No. 11 seed to make the Elite 8 could make a whole lot of sense in pools with seed-based scoring or huge upset bonuses.

On the other hand, everyone loves to talk about Cinderellas, but making some risky upset picks in the first round could be a terrible decision in scoring systems that place little value on early games.

In fact, our research shows that in smaller bracket pools especially, trying to predict too many early upsets is the silent killer of many bracket pool players.

You can also see our in-depth discussion of specific scoring systems and strategies for more information on how to use it to your advantage.

3. The bracket advice doesn’t consider how your opponents are picking

In bracket pools, there is no prize for getting a certain number of picks right. You only win your pool if you get a higher score than everyone else.

By definition, you can only move up in your bracket pool standings if you get a pick right that your opponents get wrong. And of course, it helps the most if that pick is worth a lot of points.

This dynamic has huge implications for bracket picking strategy, because it means that the picks your opponents make have a major influence on your odds to win your pool. Consequently, you should never fill out a bracket without factoring in your assumptions or projections of what your opponents are likely to do.

For instance, imagine that two teams are equally likely to win the 2020 NCAA tournament, but one team is a twice as popular champion pick in your pool.

All else being equal, you are almost certainly better off picking the less popular team — even if the more popular team has a slightly better chance to win the tournament.

Why? Because in the long run, your expected prize winnings will be higher. You’ll get your champion pick right slightly less often than your opponents do, but when your unpopular champion pick does come through, you’ll leapfrog a lot more people in the standings, and be in a much better position to win a prize.

Game-theory-based thinking like this can be very difficult for many bracket pickers to understand and apply, but it’s how the most skilled bracket pool players get their biggest edge.

The simple fact is that it’s not always in your best interest to pick the team that you think is more likely to win, if almost everyone else in your pool is also making that same pick.

4. It ignores the number of entries in your pool

Like your pool’s scoring system, the number of entries in your bracket pool is a key factor that should affect the types of picks you make.

Generally, the larger your pool, the more risk you need to take to maximize your chances of winning. Let’s examine why.

When you’re competing against 500 or 1,000 or or 10,000 people, the odds are high that a few of them are going to get really lucky and register great scores. The bad news: You still need to beat those people.

In large bracket pools, you almost always help your cause by avoiding the safest and/or most popular picks to make it deep into the tournament. Instead, it’s typically a better strategy to pick an underrated sleeper or two and hope you get a bit lucky.

Remember, a relatively conservative pick strategy that leads to a pretty good (but not exceptional) score does you no good in a big pool. Even beating 98% of your opponents in a 500-person pool might not win you anything — that’s still only 11th place!

The reverse is true in small bracket contests. Beating 98% of your opponents in a 50-person pool (and taking second place as a result) is usually good enough to win a prize. So more conservative picks are typically optimal.

The basic concept here is just risk vs. reward, something that we cover in more detail in our article about balancing value and risk. To get any reward out of a big pool, you need to beat the outliers, the luckiest of the lucky. So maximizing your win odds requires more of a kamikaze, boom-or-bust approach.

That’s not the case in pools with many fewer entries.

5. The bracket advice is based on “Golden Rules”

Any time you hear a talking head on TV or the radio preface their bracket picking advice with the phrase, “Now let me quote you this amazing stat I heard yesterday…,” get your earplugs in as fast as you can.

Bracket Golden Rules come in many forms, such as:

Very few “golden rules” are supported by enough data to conclude with confidence that they are predictive. Look hard enough for a juicy trend and you’ll usually find one. But it’s usually just randomness, or “noise” as stat geeks like to say.

Don’t let yourself be charmed by sexy sound bites the media needs to fill up airtime. If it sounds too simple and obvious, it’s almost certainly bad advice.

Every NCAA tournament is different. Each one is subject to the performance dynamics of that particular year’s tournament field. The NCAA Selection Committee’s seeding decisions are also never 100% consistent, and some teams will be overvalued or undervalued.

In that case, picking several 12-5 upsets — or even just one of them — could be a very bad decision.

We hate to be hard on people, because most bracket pools are first and foremost about fun. But we’re also very serious about winning pools. With money usually on the line, there’s only so much fun you can have if you’re always losing.

The concepts in this post are substantiated by extensive research and testing we’ve conducted; 10+ years of selling bracket analysis to paying customers who demand results; and data collected on the real-world performance of our bracket picks across thousands of customer pools.

So it pains us that so much terrible bracket advice is so readily available. Still, it’s not completely surprising.

The process of figuring out the best possible picks for a particular bracket pool is really just a big, juicy, mathematical optimization problem with lots of variables. So many complex, interdependent decisions need to be made that using technology to solve the bulk of the problem is clearly the better way.

And complexity is not something that’s well suited for mass media.

Dumb bracket advice says, “University of Phoenix is a strong team with a great coach from a tough conference! They’re a great Final Four pick.”

Smart bracket advice says, “Given current public picking trends, University of Phoenix looks like a team I’m going to avoid in my 350-person pool. They’ve got a solid shot to make the Final Four, but their very high popularity and the pool’s relatively flat 1-2-3-4-5-6 scoring system make them a negative expected value pick, assuming Vegas odds are efficient.”

For smart bracket advice for your pool, check out our NCAA bracket picks.