There are some bracket advice columns that tell you it's all random when it comes to winning your pools. Don't listen to them. 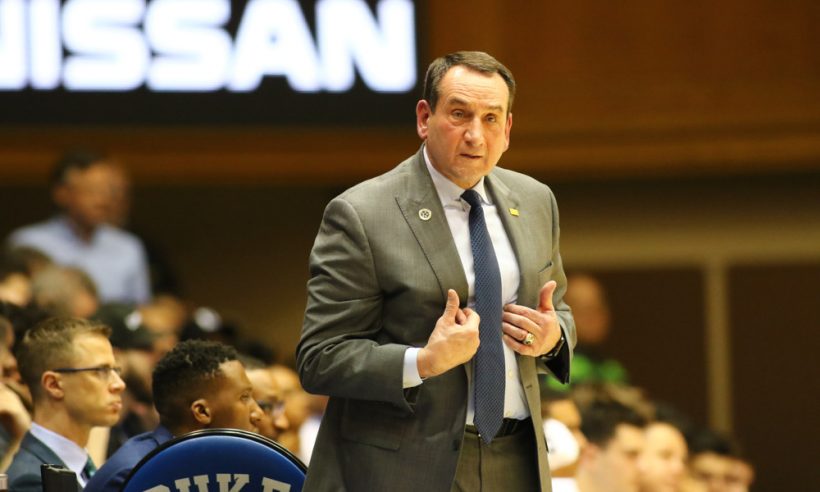 If it was really all random, would this guy have all those banners in the rafters he can point to? (Photo by Jaylynn Nash/Icon Sportswire)

There is a lot of bad bracket picking advice out there. But there’s one particular strain that takes cake. It’s the nihilist view that nothing matters, it’s all random, and you should just pick teams however you want, then eat at Arby’s.

The mythology of the random person who wins the pool by picking teams based on mascot, uniform color, or by flipping coins is a powerful one. Does this happen sometimes, especially in large pools and in crazy years? Sure, it can happen (if they are still flipping a coin loaded toward favorites). But over time, those with a knowledge, information, and strategy edge can absolutely outperform the typical player. Our history and existence as a business is testament to that.

We couldn’t do this if everything was truly random.

Examples of the “It’s All Random” Point of View

Lest you think we are attacking straw men here, if you run a Google search for “Bracket Advice,” the top results you will generate include the following “advice”:

You want other people to pick brackets based on a personal journey. But you want to recognize that despite the Madness of March, it certainly is not random.

Do upsets happen? Sure they do. But the results of the NCAA Tournament are not random. Here are some notes:

We could go on and on to easily dispel the notion that the tournament is random. Big upsets stand out in the mind, but they do not happen that frequently. Most of the top teams advance, and a lot of the perception about upsets is from games where the teams are closer in quality.

The truth is, most people picking brackets pick far too many upsets and treat it like it is more random than they should.

No sport is completely predictable. But that doesn’t mean it is totally random. You can give yourself an advantage by having better information and strategy.

Our Record Shows that Results are Not Random

Every year, we ask our subscribers to share the results of how they did in each pool, good or bad. And while specific results may vary for individual subscribers, the overall numbers show that our recommendations continually outperform what a random contestant in a March Madness pool should achieve.

You can see the analysis of how our picks did in 2017, 2018, 2019, and 2021. About 61 percent of our subscribers have reported winning a prize in at least one bracket pool annually over that span. Over the last four tournaments, our recommended picks across all pools outperformed the public in every round except for the championship game in 2021. Those results would simply not be possible if this were a futile exercise in randomness.

But, those results are in part possible because there is so much bad bracket advice out there. That the public continues to get bad advice, at least, does not seem to be random and unpredictable at all.