It's nice to know historical trends and numbers on performance in the NCAA Tournament, but if you pick games to match those numbers, you are taking too much risk. 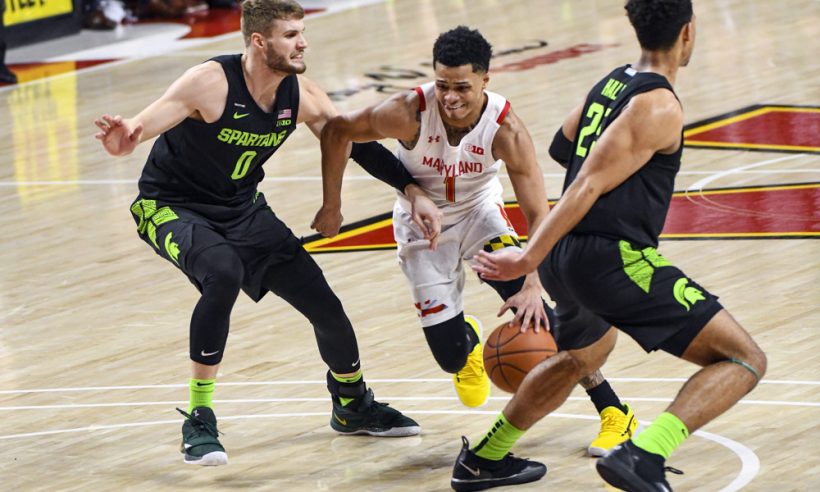 Don't pick your bracket to match historic trends. Do pick your uniforms to match so you don't end up with this (Photo by Mark Goldman/Icon Sportswire)

March Madness bracket advice is filled with references to historical trends and performances by seed. You won’t find any shortage of advice columns discussing how frequently certain upsets occur, or how often teams advance to key points like the Sweet Sixteen or Final Four. The most prominent example is the No. 12 versus No. 5 upset numbers you may hear frequently cited.

While those historical numbers are good to know as a general reference point on how frequently various events have occurred, you should avoid taking it to the next step: actually making picks to mirror those historical trends with your own bracket.

Yet, the public popularity numbers suggest that many bracket pool participants do just that.

Here is the concept of mirroring historical trends taken to its absurd conclusion, from a recent strategy article:

“A healthy way to reach a plausible Final Four without sticking strictly with favorites is to work off of averages. Over the past 25 years, the average sum of the Final Four seeds has hovered around 11. That can translate to two top seeds, a No. 3 and a No. 6, or any other number of combinations.

Obviously you can pick a lower sum total to work towards if you want to play a bit more conservatively with your bracket, but the numbers don’t lie. If your Final Four teams add up to seven or less, you probably have room to get a little riskier.”

Now, what do you think the odds were, if you went in and specifically tried to match the Final Four by picking four teams that added up to 11 in their seed total, that you correctly got the Final Four right in either of those years?

In 2021, none of them would have worked, because you would have used some teams seeded better than No. 11 UCLA, but worse than the other three participants.

Now, in really large pools, you could make an argument that playing for that long-shot chance at hitting an unpopular Final Four is worth the risk. But in the pools that most people are playing in, it is a far too risky strategy.

We don’t mean to just pick on one excerpt from one article, though, because it is a mentality that appears when we look at broader public picking trends. As we also noted in our article on picking too many Number 1 Seeds, the public seems to exercise quotas on how many No. 1 Seeds it picks to reach certain rounds in the tournament.

That’s one of the best explanations for why the public takes 1.09 No. 1 Seeds to the Championship Game on average, and most seem to avoid picking two No. 1 Seeds to meet for the title. Over the last 25 tournaments, over half of all title participants have been No. 1 Seeds (26 of the 50 teams).

Over the last 10 tournaments, our public pick percentages show that the average combined seed number of the Final Four picks is at 9.5. That’s closer to mirroring the 11.0 for past results than a more conservative strategy of picking higher seeds.

Here are some other examples of public pick percentages over the last 25 tournaments, suggesting a decent portion of the public tries to match historical results.

The Perfect is the Enemy of the Good

There is a saying, often credited to Voltaire, that the “perfect is the enemy of the good.” (Voltaire, for those that don’t know, also gave us “I dunk, therefore I am.”) If we apply this idea to bracket strategy, a lot of people strive for perfection with their bracket approach. They make risky picks trying to nail reality. But picking those long shots is hard, and mostly they just pick an alternate reality that is never realized.

If people got it out of their mind that they had to be perfect with their bracket picks, and instead tried to be good, they would probably do better. Trying to match historical trends by picking upsets at the same rate as they have happened in the past is usually a way to fall behind in the standings.

You aren’t picking the perfect bracket.

In most smaller to mid-sized pools, getting a couple of Final Four teams and picking the Champion correctly (if it is a reasonably popular champion) is the path to finishing in the money.

If you try to get to risky by nailing the impossible, you will lose ground in most years when the popular teams you avoided continue to advance.

So don’t fall into the myth that your bracket has to mirror historical advancement rates for teams. Avoid forcing some quota where your Final Four picks add up to a certain seed number, or where you have a certain number of teams from each seed line advancing to a particular stage.