Don't fall in the trap of letting recent past performance for teams affect your picking strategy. Recent history has shown you can find value. 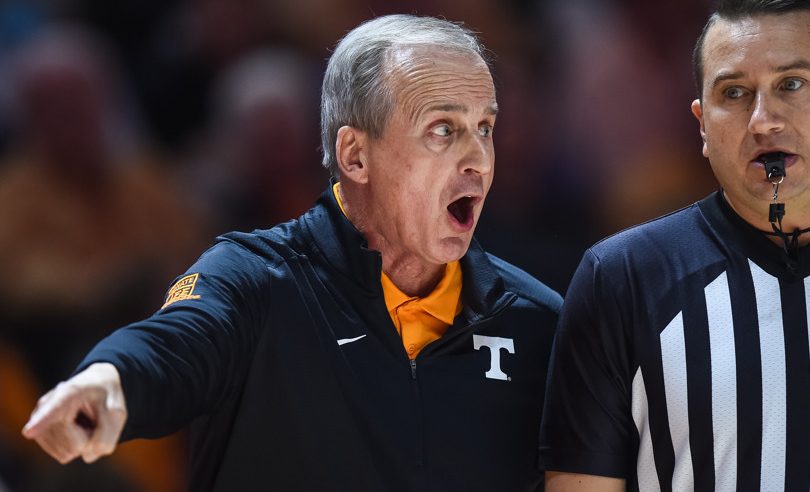 Should you shy away from a team that flamed out last year? (Bryan Lynn/Icon Sportswire)

“Past performance is not indicative of future results” is a disclaimer you have probably heard many times. Well, the same is true for actual team and program performance in the NCAA Tournament. Just because a school or coach had a bad year (or years) previously does not mean it will continue. Similarly, coaches or teams with reputations for knowing how to win in March can see it all come crashing down in an instant.

But while we know this, there is still some evidence that the public falls into a trap of overvaluing or undervaluing schools based on recent tournament performance.

Don’t fall for any myth that has you excluding teams because they “just can’t win in March” or because they’ve been underachievers. Instead, be poised to take advantage of any values created when others buy into those myths.

Virginia’s 2019 Title is One Example

We saw a recent example of this in the 2019 NCAA Tournament, when Virginia went on a run to win the NCAA Title. Just a year earlier, in one of the most shocking results in tournament history, Virginia became the first No. 1 Seed to lose a game to a No. 16 Seed.

Virginia had also been a No. 1 or 2 Seed in three of the previous four years before that big upset loss as well, and never made the Final Four.

We’ll never know truly how much those prior results played into the public’s thinking, but the guess here is that it was a factor in why Virginia was actually a good value pick to reach the Final Four in 2019 (and to win the title). It’s almost unheard of for a No. 1 Seed to be picked to the Final Four less often than its advancement odds, but that was the case for Virginia in 2019.

Virginia is but one case, though. Let’s look through the results in a more systematic fashion. To do this, we looked at the public pick rates and tournament results for the 2011 to 2019 NCAA Tournaments. (We’ll hold off on looking at 2021 since we did not have a tournament the previous year to influence attitudes and rosters were two years removed from a tourney appearance.)

We’ll use “Underachievers” to mean teams that won at least 1.0 fewer games than expected by the public. (To calculate the public expectations, we added the public pick percentages in all six rounds.) Underachievers tended to be almost exclusively teams seeded as a No. 5 or better. The list includes first round upset victims, but also high seeds and popular title picks that got knocked out earlier than expected.

“Overachievers,” then, are teams that won at least 1.0 more games than expected by the public. While this includes some Cinderellas and sleepers, it also includes a lot of teams that advanced to the Final Four, and some high seeds that won it all (or went to the title game).

Performance the Next Year for Underachievers and Overachievers

The performance of Underachievers and Overachievers in the following tournament (the one right after they beat or fell short of expectations) looks very similar.

What wasn’t similar was how the public picked the two groups to advance, and how they actually performed.

Here were the results a year later:

The Overachievers from the previous year, meanwhile, underperformed in each of the first four rounds compared to the public pick percentages. Six of the seven to advance to the Final Four did go to the title game, and three won it all: Kentucky (2012), Louisville (2013), and North Carolina (2017).

While the data shows that the Underachievers one year tended to bounce back the next and actually outperform public expectations, that wasn’t always the case. Some teams had consecutive disappointing results. Of the 44 teams mentioned above, six of them showed up on the list in two or more straight years.

While Arizona and Kansas had a third disappointing year, Villanova won a national title. Duke and Baylor played up to seed expectation in the third year. North Carolina’s bad run (losing in the 2nd round and Sweet 16 in consecutive years as a high seed) came after a two-year run where they played in the title game twice. Duke had a four-year stretch where they won only five total tournament games. It was bookended by a national title on either side.

So as hard as it may be when you have backed a team in the past, and suffered some defeats, don’t rule out teams based on past results. Every year is different, and trust that what has happened this year (and not the name on the front of the jersey, or past results) is far more important.