Every Year is Different

Every NCAA Tournament is different, and what worked one year in your bracket pools may not be the optimal strategy in another year. 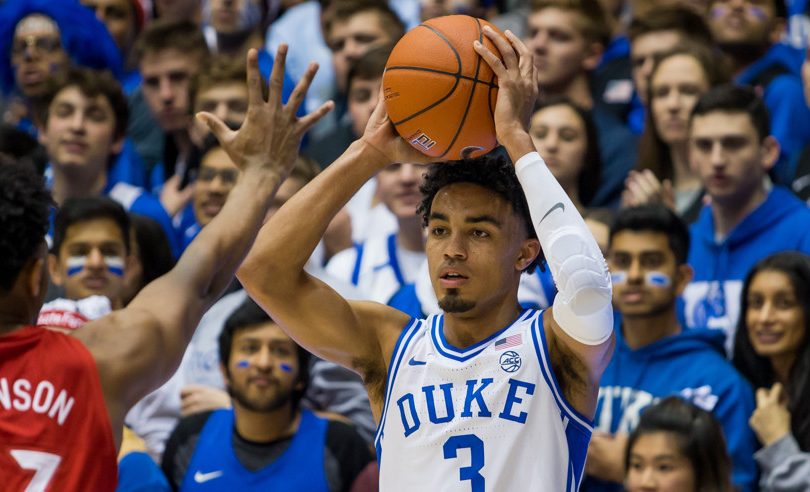 If you’re a returning customer, you should already be familiar with one of the key tenets of our NCAA bracket analysis: every year is different when it comes NCAA tournament strategy dynamics.

The teams, matchups, and public picking trends are all unique, compared to any past bracket.

That means that when it comes to picking brackets that give you the best chance to win, there are really no “golden rules” you can rely on year in and year out.

Classic examples of Not-So-Golden Rules are all the seed-based picking guidelines — that “always pick a 12-seed over a 5-seed” stuff. Those guidelines are almost always based on insufficient or faulty evidence (e.g. small sample sizes of historical data, cherry picked trends that are the result of randomness and are not actually meaningful or predictive).

The Not-So-Golden Rules also give no consideration to the current year’s bracket dynamics.

Not all No. 1 seeds are created equal.

In some years, the top seeds are head and shoulders better than most other teams in the tournament. That was the case in 2015, when Kentucky was undefeated and Wisconsin, Villanova and Duke were also No. 1 seeds — all four of those teams were in the top 5 of our rankings heading into the tournament. The top three in our ratings all made the Final Four, and Duke ended up winning after Wisconsin knocked off Kentucky in the semifinal.

In other years, some of top seeds may be barely distinguishable from other teams in performance level, perhaps winning some key close games or having better-than-average regular season luck. In 2014, two No. 1 seeds (Wichita State and Virginia) were actually ranked outside our top ten entering the tourney. Both were upset by worse-seeded but higher-rated teams (Wichita State by No. 8 Kentucky, and Virginia by No. 4 Michigan State), and the title game involved two dark horses teams from their regions — No. 7 UConn over No. 8 Kentucky.

Pick popularity can also vary quite a bit on the top seeds. You shouldn’t always write off the top options as being too chalky. The best contrarian plays can sometimes be top seeds. In 2019, for example, the chances for Gonzaga and Virginia to reach the Final Four and/or win the title were underrated by the public, even though they were top seeds in their regions.

There is no magic number on how many top seeds you should be predicting to advance to each round. Some tournaments, and in some formats, taking all the No. 1 seeds to the Final Four may be the play. In other years, or other scoring formats, loading up a Final Four that has few of them may make sense.

The Committee May Undervalue Some Sleeper Teams, But Not Every Year

The Selection Committee changes over time, and each committee rotates members. That means that the preferences (and competence) of some committees may be different than others. The Committee undervalues some teams by just looking at wins and losses. A team that lost key close games, had bad luck, or earlier injuries could be better than they are seeded. Other teams may get a boost because of key wins early in the season, but be a poor value.

For example, in 2017, Wichita State was a No. 10 seed. The Shockers, though, were one of the larger favorites in the first round over No. 7 seed Dayton. Wichita State was typically ranked near the Top Ten in many predictive power ratings that year, but happened to lose their two toughest non-conference games that year to Louisville and Michigan State. One year earlier, they were a No. 11 seed despite also being ranked highly in predictive ratings, and had to play in the play-in game in Dayton. They won that, then beat Arizona in the next round. They were not your typical double-digit seed.

The same was true of Gonzaga that year, and the Bulldogs also won two games as the No. 11 seed to advance. In 2019, Oregon was seeded as a No. 12 despite rolling to the Pac-12 title, and our projections had them as just as likely to advance from their pod as the No. 4 and No. 5 seed.

These opportunities aren’t consistent, though, so just treating every No. 10, 11, or 12 seed the same, or feeling you need to pick a certain number of teams to advance far is a path to poor results.

The Bracket Dynamics of Each Tournament are Different in Balancing Risk

The NCAA Tournament presents an interesting dynamic because of the nature of six rounds of competition, building one upon the other. A team could be overvalued in early rounds, and become undervalued later in the tournament. You must pick them early, though, to also be able to pick them at value late.

That makes for a very complex problem, balancing risk, reward, and value across every round. Optimal strategies often reveal themselves only when you are able to run thousands of simulations. Often, the results of our simulations will reveal a different strategy than anticipated by looking at just “value” for a single team in a single round.

The Popular Choice is sometimes the Best Choice

For example, sometimes, our simulations for smaller pools show that taking a popular team to win the title can be the better strategy. If you have excellent value elsewhere in the bracket, it could make sense to rely on those value plays to distinguish your entry, then still go with a popular choice for the title. With this strategy, you attempt to build a lead early, and then match your opponents’ picks late so that they are less likely to pass you.

The Best Value is Not Always the Best Play

Other times, a value champion play may not be as great as it first appeared, because it forces you to make a poor value pick on the other side of the bracket in order to avoiding taking on too much risk. Making every value pick is almost never good. If your crazy dark horse champion pick comes through, you don’t want to lose because of other crazy picks.

So if you’re making a very risky champion pick from, say, the right side of the bracket, you generally want your runner-up pick from the left side to be more conservative. But sometimes there simply isn’t a good conservative runner-up pick on that side. In those cases, it can make sense to take a slightly-less-undervalued team from the left side as the champion, and use a conservative pick from the right side. Your champion pick alone may not be as good of a value, but your combo of champion-plus-runner-up may be a better value.

The point here is that contenders, popular choices and value are distributed differently each year. These dynamics can often mean that what worked one year is not the best strategy in another.

In some years, there’s a team that’s head and shoulders better than the rest of the NCAA tournament field. It’s often worth picking them as your bracket champion — even if they’re a relatively popular pick.

In other years, the most popular pick to win it all might not be the clear favorite — or even the favorite — and you will improve your odds to win your pool if you avoid that team and pick a less popular alternative as your NCAA champion.

We’ve seen both these dynamics over the last few seasons, and lots of other variations in between. If you would like to see our recommendations for this year, once the brackets are released, you can check out our NCAA Bracket Picks product and let us do the heavy analytical lifting for you.