Strategy advice to get an edge in NCAA Tournament "Pick X" pools, where you pick specific teams and earn points as they win games. 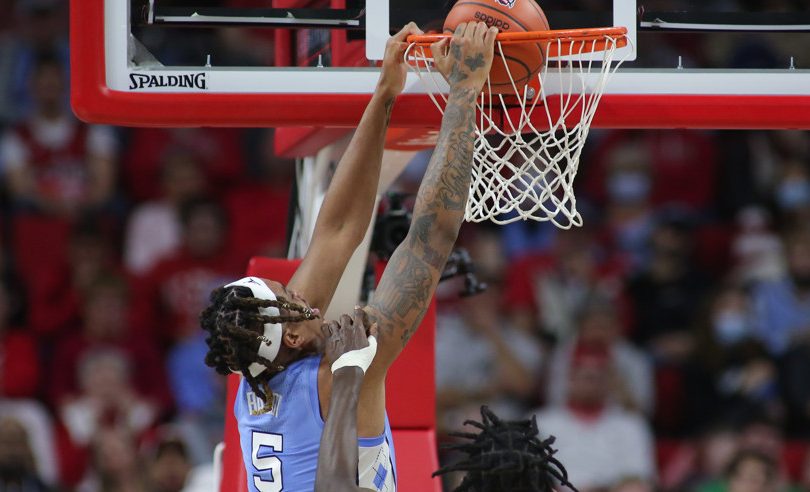 Some of you may play in a non-traditional type of NCAA Tournament pool where rather than select each matchup in a bracket, you pick a certain number of teams and get points based on their results, however far they advance.

We’ll refer to these types of pools as “Pick X” pools, where the “X” represents the number of teams you select for a given contest.

Here are some characteristics of the pools we cover in this article:

That second characteristic is what sets these pools apart from Calcutta auction, which we’ll cover separately, or a draft-style pool. In a Pick X pool, you have to not only figure out which teams are most valuable, but you also must try to differentiate your entry from popular picks and find some unique options.

Here is a summary of our strategy for these type of pools:

This tenet is true of lots of different pool contests, but it’s especially important in these types of contests because the rules can be so different from pool to pool. Common variations include seed-based scoring and round-based escalators.

For example, one of my favorite NCAA Tournament pools is a “Pick 10 teams” contest where you get “3 + seed number” for every win. That “3 + seed” leads to some drastically different values compared to a pool where you get points based on the exact seed number.

If you play in a pool where you get only the seed number for every win, the No. 1 seeds could get six points at most. That’s fewer points than you would get just for correctly picking a No. 7 seed to win one game. You generally wouldn’t want to take top seeds in this format because the scoring upside is so low.

However, the “3 + seed” scoring balances it out a bit. A national title-winning No. 1 seed can earn you 24 points (four points per win times six wins). You’ll still get more scoring upside with some other picks (Loyola-Chicago won me a pool in 2018 with 56 points on its surprise Final Four run). Getting both a mix of top seeds that advance far and some Cinderella runs becomes more important.

Here’s a table showing the difference in expected scoring between the two formats, based on the historical performance of these seeds.

In pools where you get the seed number in points for a win, the No. 1 seeds (and other high seeds) are at a disadvantage. That switches, on average, in the 3 + seed scoring.

So, pay attention to where those tipping points are, and make sure you know your pool’s scoring rules.

2. Use Objective Advancement Odds to Assess Each Team

Once you know the scoring system and rules, you still need to figure out what each team is worth on average in your pool. To do so, you need to find objective advancement odds that account for the path through the bracket.

In our Bracket Picks product, we have an advancement odds table that shows you the likelihood of a team winning in a certain round. You can convert those percentages to fractional wins and add them up to see how many wins on average we project for each team.

Then you can apply your scoring rules to those win estimates to find which teams are projected to score the most points in your pool.

When looking at teams, you don’t just want to look at the average, though. You also want to look at the more extreme outcomes, the top 10-20 percentile events, and assess how many points you get if that hits for a particular team by seeing what round we give each team between a 10-2o percent chance of reaching.

Once you have a list of the teams projected to score the most points in your pool, you still need to make some decisions based on things such as how popular the pick might be and how much risk and variability you should target based on your pool.

We don’t have specific pick popularity data for these types of pools, but you can look at the pick popularity estimates in our bracket pool product to get a sense of which teams are most popular relative to their seed number.

You don’t need to necessarily avoid teams because they are likely to be popular, but you do need to recognize that you win a pool like this by having a mix of teams and hitting on some picks that aren’t as commonly shared. You will inevitably end up sharing teams with other entries, but you want to have some high-value plays that are also less popular as well.

4. Balance Your Picks Across the Bracket for Upside

This is probably the single biggest piece of advice for these pools, once you have your point-value estimates for each team. If all of your teams perform to their average expectation, you aren’t going to win a pool like this. You need some positive extreme results, particularly in larger pools.

Because of that, you want to make sure you balance your picks across the tournament bracket. In other words, make sure the teams you pick can only play each other if they have already made deep runs and have scored you lots of points.

If you are in a pool where you pick eight teams, you would ideally want to pick exactly two teams from each region, and make sure they cannot play until the Elite Eight. Even if two teams in the same quadrant were among your most valuable teams based on average projected points, you should usually pick only one of them.

Depending on your scoring rules, you’ll also want to balance your teams based on the types of teams you are picking. If your scoring system makes picking the top seeds a viable strategy, you still wouldn’t want to pick the two No. 1 seeds on the same side of the bracket, or the No.1/4/5 and No. 2/3 seeds in the same region. That’s because these teams need to make even deeper runs in order be a good upside pick.

If your pool requires fewer than eight picks, you should still apply this rule, but you will have some quadrants of the bracket where you don’t have a team. And if you are in a pool that requires more than eight picks, you will have to pick some teams in the same section of a bracket. In that case, you should pair lower seeds from the top and bottom half of the region. For example, picking a No. 8 seed and No. 12 seed is better than picking lower seeds that can meet by the Sweet 16.

5. Adapt Your Risk-Taking Based on Pool Size

Finally, you need to lay out your team selections to take the appropriate level of risk. The bigger the pool, the more boom-or-bust your approach should be.

The entries that end up winning these types of pools are the ones that usually have several of the Cinderellas that advanced deep into the tournament.

Aside from USC, all of those teams were underdogs in their first-round game. Based on the betting market odds, the most likely outcome was that you would take a zero by choosing them.

But you want to play for higher variability as pools get larger, and you should have more value teams that are outside the best 10 to 20 teams entering the tournament if you want to cash.

In larger pools, it’s almost certain that nearly every team will be picked, and someone will have the Cinderella runs. That makes these different than even large bracket contests.

The reality is that most entries in these pools are “dead” entering the Sweet 16. To increase your odds of making a big run, you have to take some big swings and risk falling out of contention quickly.