Week 8 of the 2022 NFL season in survivor pools is a tight one, with heavy hitters Buffalo, Dallas, and Philadelphia moving to the fore. 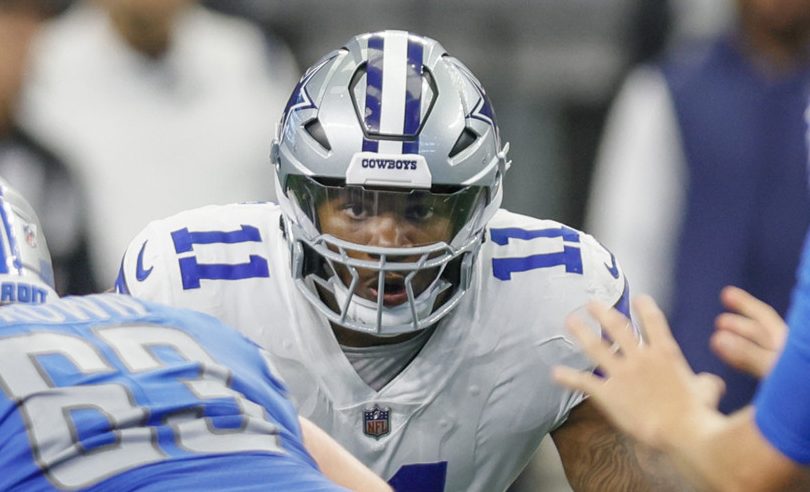 Week 8 of the 2022 NFL season is here. The Kansas City Chiefs and Los Angeles Chargers are on bye, which means we have 15 matchups this week, but only three of them feature a team favored by five or more points.

We plan to periodically update this post until Sunday of Week 8 arrives, and we will also be posting video updates throughout the week as well, so check our articles section for those. Here’s what’s available now:

Here are the most popular teams early on for Week 8 of the 2022 NFL season:

Let’s quickly go through these teams.

Three teams have win odds over 70% in the betting markets this week—Dallas, Philadelphia, and Buffalo—and all three have a fair amount of future value.

Of the three, the Cowboys have the least future value, as they have a bye and then road games at Green Bay and Minnesota after this week. In smaller pools, looking more than a month out may not matter as much. They do still project as one of the biggest favorites in Week 14 (vs. Houston), and they host the Giants in a tough Thanksgiving week in Week 12.

Because of that relatively lower future value compared to the Eagles and Bills, the Cowboys are the most popular pick this week. But because they have slightly lower win odds than Philadelphia and Buffalo, along with high popularity, their EV is merely okay.

You have to decide whether it’s worth using Dallas now at higher popularity to save Buffalo and Philadelphia.

The Eagles are the “in-between” choice. They don’t have quite as much future value as Buffalo, who project as one of the biggest favorites in pretty much every week over the next two months. They have a little more than Dallas, especially since their immediate schedule (at Houston, vs. Washington) in the next two weeks means they should be useful in several spots in the next month.

Because of Dallas’ higher popularity and lower win odds, Philadelphia has a very good EV this week. You should pick Philadelphia if you don’t want to take the drop-off in safety from going below the top three picks, but want to play against Dallas to preserve Buffalo instead.

The third member of this week’s triumvirate, the Bills are typically more available than Philadelphia, but more entries are choosing to save them because of their upcoming schedule. That makes for a moderate popularity and really high EV (1.20). Of course, any week you choose to play the Bills in the future, they could have an EV that high or higher.

The choice with Buffalo probably comes down to what your other options are, whether you have a lot of other future value pieces left, and how risky you want to get now versus in the future if you don’t use them or one of the other top three options.

We’ll talk about both of these together.

There’s a pretty big drop-off in both safety here, as Miami is a three-point favorite and Tennessee is a two-point favorite. They are both playing teams that have won only one game, so the public seems to be heading to these two over plenty of other teams favored by around a field goal. Because of that, both have pretty poor EVs.

Tennessee’s is the worst of the two, and it’s one of the worst we’ve seen for a top-five most popular team given the low market win odds while we await news on Titans QB Ryan Tannehill.

But both are pretty low-value, risky options this week.

Another week, another seismic shift in the survivor landscape. The two most popular picks went down, with New England and Tampa Bay losing.

For the year, teams with 5% or higher public popularity in survivor pools are 22-17-1. Only about 55% of teams generally picked in survivor pools have won (and these teams often have win odds of 70% or more in the betting markets).

Here is a summary of the most popular picks for Week 7, and the results:

Based on our public pick data, about 44% of the public survived Week 6, while 56% got eliminated, marking the second straight week where over half of a typical pool got knocked out. New England was the biggest culprit, while Tampa Bay lost for the second week in a row as a big favorite and managed only three points.

Our picks ended up taking a hit as well with the Tampa Bay loss, but advanced at a much higher rate than the public. About 63% of PoolGenius entries got through, while 37% were eliminated. Almost all of our eliminations were on Tampa Bay, while Miami and Las Vegas were the most common picks to survive and advance.

Those rates were likely dependent on pool type, with Tampa Bay more common in standard pools and Miami and Las Vegas relatively heavier in multi-pick pools and other specialty rules pools.

After seven weeks, only about 2% of all public entries are still alive (assuming no strikes and standard rules). Pools that started with 50 entries or fewer may be done, and even those with over 100 entries at the outset may now be finished depending on the specific pool picking rates.

About 9% of PoolGenius subscriber entries are still alive. That still leaves our subscriber base advancing about 4.5 times more often so far than the public. But the total number of entries still in play again dropped significantly in Week 7.

We’ll just repeat this from last week: “As far as the overall outlook for the season, here is the point in the previous 10 seasons when the public data showed overall survival below 5%: after Week 10, 15, 10, 10, 9, 14, 5, 11, 10, 9. The median was after Week 10 results. Only one other season (2015) saw survival rates so low this early in the year.” And that was before another half of pools got taken out with the two most popular picks losing.

It’s definitely now trending to where fewer than one in 1,000 entries should make it to the end of a full 18-week season. Pools that typically last longer may end early this year.