The Cincinnati Bengals are leading the way as the most popular pick of Week 8 survivor pools, but there are other options. 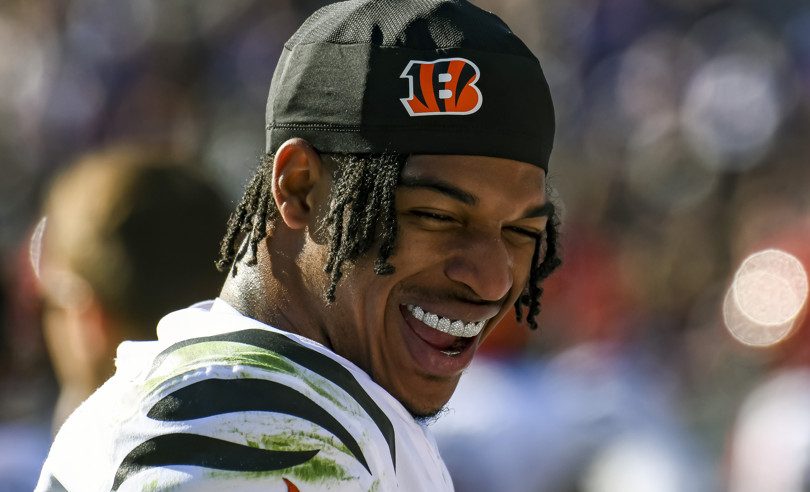 This is an early quick summary of the most popular picks so far in Week 8.

Currently, no other teams have more than 3% pick popularity.

Let’s quickly go through each of these teams.

The Bengals are a 10-point favorite against the Jets based on both teams’ performances last week combined with Jets QB Zach Wilson’s injury. The Jets just traded for veteran Joe Flacco, though Mike White, who threw his first career regular-season pass last week, will likely get his first start in Week 8.

The Bengals do have high popularity at 41 percent right now. That is bringing their EV down (0.96) in a week where the Bills and Rams are even bigger favorites.

With that said, they do have the lowest future value, which is why they are more popular. Cincinnati’s schedule gets tougher after this week.

Our recommendations were also heavier on Cincinnati back in Week 4 against Jacksonville. Prior usage may play a role here depending on the pool type.

With yet another poor effort, the Chiefs’ power rating has dropped, and their future value continues to plummet. They are now outside our top 10 in future value for the rest of the season.

The Chiefs’ highest projected win-odds game is this week against the Giants, where they’re favored by 10 points. We do not project them with greater than 70 percent win odds for the rest of the year.

Since the Chiefs have higher EV than Cincinnati and half the popularity, you can make a case for using them while saving future value with the Bills and Rams.

The Bills have a strong EV (1.12) given their high win odds and lower popularity compared to the Bengals and Chiefs. That makes them a reasonable choice this week.

With that said, the Bills also have the highest future value of any team. If you have other reasonable alternatives, using one of them could allow you to save Buffalo for an even higher-value week.

The Rams are the biggest favorite of the week and are less popular than the other three choices. That gives them an EV of 1.16, which is the highest EV of any team (using average public pick popularity data) so far this season.

Based on that, the Rams are a strong pick this week. However, you do still have to account for future value, where the Rams rank third, behind only Buffalo and Tampa Bay.

Most of the Rams’ future value is tied up in Week 13, where they host the Jaguars in a week where there are otherwise limited options right now. So the Rams’ value is better in smaller pools that are more likely to be done by Week 13 or have only a few entries left.

The Seahawks are a poor value pick this week in Survivor pools, with an EV of 0.75. They are favored by only three points against the Jaguars.

They would have been in contention as a survivor pick this week with Russell Wilson at QB. But he’s still hurt, so Geno Smith remains under center.

This popularity number may go down a bit. But even if it does, the Seahawks are too risky this week. They also have some good future value late in the season when Wilson could return.

Another week, more big favorites advancing through. For the third week in a row, well over 95 percent of the survivor pool entries have advanced.

In Week 7, the five most popular picks advanced. Three of them were heavy double-digit favorites with win odds of 85 percent or more. The Green Bay Packers and New England Patriots also ended up winning comfortably to carry almost everyone through.

Here is a summary of the most popular picks for Week 7, and the results:

Unlike some recent high-survival weeks, there wasn’t much last-second drama.

The Rams played the closest game, as Detroit was aggressive with a surprise onside kick and fake punt early. The Lions had a 10-0 lead before the Rams offense even touched the ball. But the Rams went on a game-sealing drive to kick a field goal to go up by nine points late in the game.

Green Bay also survived, though it wasn’t tight late. Washington failed on two 4th-and-shorts at the goal line and had a red-zone turnover in the second half, or it could have been a tight game. Those fails included this Taylor Heinicke dive for the goal line being reversed because he “gave himself up” short of the end zone.

Baltimore and Carolina were the two biggest losses, knocking out just over 1 percent of the public each. Neither was close late.

In the end, about 97 percent of all entries advanced to Week 8.

Here’s an overview of how are recommendations are looking as we head into Week 8.