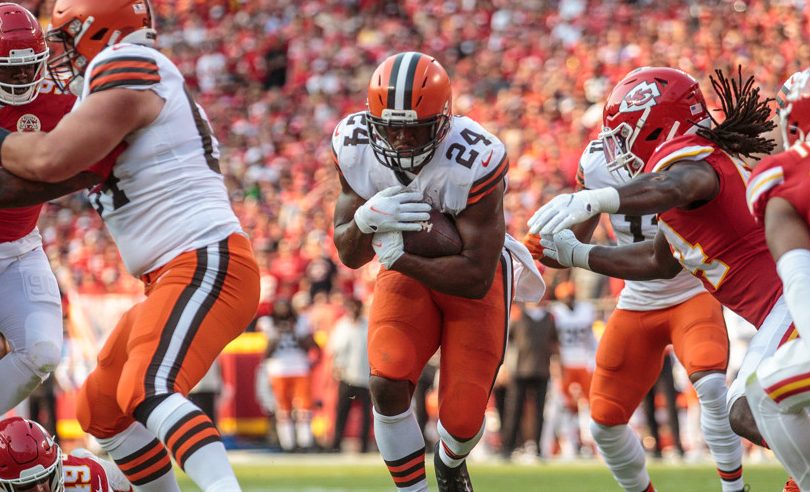 Week 1 of the 2021 NFL season was filled with upsets, though none of the most popular survivor picks lost. We’re now rolling on to our Week 2 survivor pick analysis.

We will continue to add to this post on a daily basis up until the Sunday kickoffs, so make sure to check back for updates. Here’s what’s available now:

The biggest favorites survived in Week 1, but a large percentage of the alternative pick options lost.

Tampa Bay, San Francisco, and the Los Angeles Rams were the only teams favored by more than a touchdown in Week 1. Only four of the 13 other favorites who were favored by less than seven points won, making it a treacherous weekend for entries that went slightly contrarian.

About 35% of the public picks in Week 1 went with teams favored by less than seven points, and less than half of them survived.

Here is every Week 1 result that eliminated 2% or more of public entries:

No single result knocked out a significant chunk of the public, but there were a lot of little cuts. In the end, about 20% of the public was eliminated in Week 1 in an average pool.

For our subscribers, our pick recommendations focused on Jacksonville (lowest future value of the group) and to a lesser extent New England (lowest popularity) from the group of smaller favorites that lost.

Our recommendations were higher than the public on the three biggest favorites who advanced, especially in standard pools and smaller pools. But those gains were offset by the Jacksonville defeat, a team that was more recommended in specialty rules pools and larger pools because of the low future value.

The top three teams are all favored by double digits and have market odds over 80%. Denver and New England are favored by six points and 5.5 points, respectively, and no other team has win odds of 70% or more.

While there are some moderately popular teams here, and Cleveland is over 30% early on, 17% of entries are picking riskier teams this week. That’s contributing to these five also having the best EV’s as of today.

If their current popularity holds, the Browns are a reasonable pick in Week 2. How valuable they are ultimately depends on which direction this popularity number goes.

The Browns have decent future value, but that shouldn’t necessarily stop you from using them in a relatively high win-odds spot.

You will probably see us lighter than the public on the Buccaneers this week because of their high future value and a good-but-not-great EV thanks to their 20% pick popularity.

Interestingly, Tampa Bay has higher win odds this week than last, but a much lower expected value because Cleveland and Green Bay have higher win odds than the other options a week ago, and because relatively fewer entries are concentrated on risky picks compared to the dynamics of Week 1.

Green Bay’s disastrous loss to New Orleans is accounted for in our power ratings and in the betting market lines, but that might be holding some popularity down with the public here. Had the Packers not gotten blown out like that in Week 1, they would likely be favored by 12.5 to 14 points here instead of 10.5.

However, that result also lowers the Packers’ future value since their power rating and expected win odds in future weeks also went down. We’ll probably do a deeper dive on that topic tomorrow.

These two have a similar risk profile. Both would be reasonable alternative picks.

Right now, with similar pick popularity and win odds, future value becomes a driving factor. Our projections currently have the Broncos with more value in the future since they get the Jets at home next week and get Detroit and Cincinnati at home in Weeks 14 and 15.

That means you will probably see more New England than Denver in Week 2 unless the pick popularity numbers creep up for the Patriots.

About Green Bay and Future Value

Green Bay was embarrassed on Sunday, losing 38-3 to New Orleans after entering the game as a 3.5-point favorite. Aaron Rodgers, coming off an MVP season, posted a 36.8 passer rating. The team managed only 14 first downs, and a chunk of those came late with the outcome decided.