Week 17 NFL Survivor picks with just two weeks to go include the Patriots, 49ers, Seahawks, Saints and the Bears. 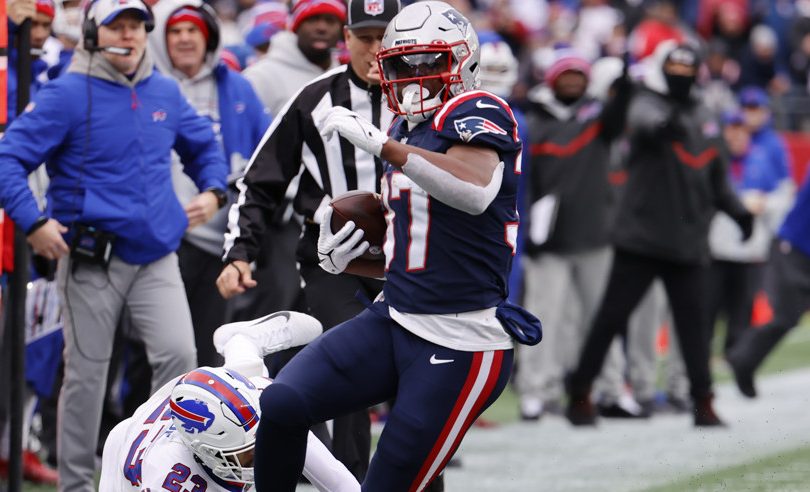 This is an early summary of the most popular picks so far in Week 17.

We include a bonus sixth team since there is a three-way tie for the fourth-most popular spot.

Here is some quick analysis for this week:

The Seahawks are far more available than the teams with higher win odds above them (NE, BUF, SF, TB), and that is driving their higher popularity. However, there are plenty of other options with only slightly lower win odds, so Seattle does not have a great EV (0.93).

The Seahawks are a decent choice, but it might be worth taking a slight risk to avoid the popular team this week.

If you have held the Patriots until now, it’s probably time to use them.

They have the highest win odds of the week going against the Jacksonville Jaguars, and a really good EV.

Just as with the Patriots, now is the time to use San Francisco with only two weeks remaining in the regular season.

Although QB Jimmy Garoppolo is questionable after suffering a torn UCL and thumb fracture in Thursday’s loss to the Tennessee Titans, the 49ers are still a big favorite over the Houston Texans. However, they do have No. 3 overall pick Trey Lance available to start.

San Francisco has win odds of 87 percent even after a line adjustment downward following the news about Garoppolo’s injury.

The Saints won’t have Ian Book at QB this week, and they’ll be playing a Carolina team that is in disarray, can’t settle on a QB, and has lost 10 of 12 games. Add in that the Saints looked terrible against the Dolphins on Monday Night Football (albeit without many of their starters) and lost to the Panthers back in Week 2, and they’re far less popular than Seattle.

But the Saints and Seahawks are very close by win odds, so New Orleans has the slightly better EV as a result. The Saints should rank near the top of potential contrarian options if you don’t have one of the biggest favorites this week.

Chicago gets a New York Giants team that also has major QB issues with Daniel Jones out. The Giants are averaging only 11.5 points over their last six games and have topped 13 points only once.

The Bears have win odds similar to Seattle and New Orleans, which makes them another potential survivor option this week.

If you still have the Bucs, they are a great option.

Unless you also have the Pats or 49ers, you may want to go ahead and use them rather than save them for next week against Carolina.

Here is a summary of the most popular picks for Week 16, and the results:

The Chargers’ loss, along with the Seattle loss, took out the biggest chunk of entries, with over half (55%) getting eliminated.

About 33 percent of TR subscribers were eliminated, almost all due to the Chargers and Seahawks. Our most frequent recommendation was Philadelphia, who made up nearly half of all TR subscriber picks last week.

How the Week 17 Survivor Picks are Shaping Up

As we head into Week 17, here’s how our pick recommendations are lining up.