The Tennessee Titans are the most popular pick in Week 11 survivor pools, while Cleveland has seen their odds move up with Jared Goff injury news. 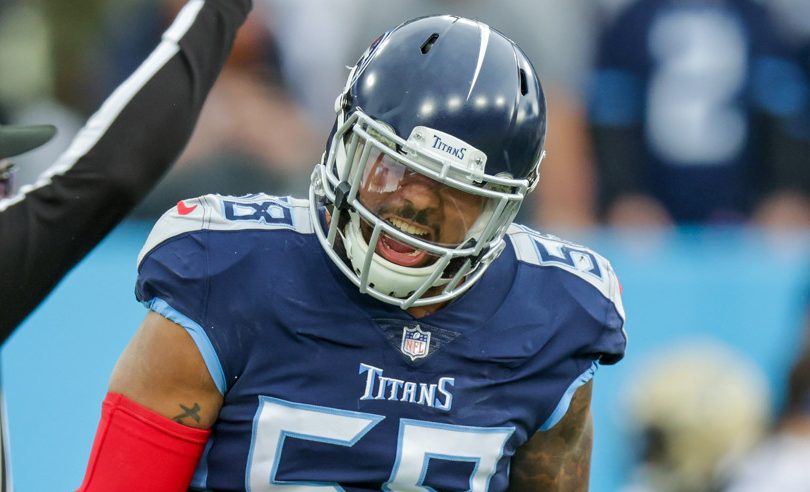 This is an early summary of the most popular picks so far in Week 11.

Let’s go through the top five options this week by popularity.

There are lots of similar enough options this week based on win odds. Availability to some extent is impacting the choices, but Tennessee is still far too popular given the other available picks.

The most likely explanation is that recency bias and public perception are playing a role here. The 8-2 Titans may be seen as “safer” than the Browns (who lost badly last week), Bucs (who just lost two in a row), Chargers (who lost last week), and 49ers (who won, but are still under .500).

In terms of future value, Tennessee is only clearly behind Tampa Bay, is similar to New England and San Francisco, and has more than Cleveland.

Finding value means taking advantage of public biases, and this week provides that opportunity. At nearly a 50 percent pick rate, Tennessee has a poor EV compared to the other options.

The Titans are also 24th in total yards on offense out of 24 teams who have played two games in the last two weeks. They haven’t been as dominant as perceived since losing star RB Derrick Henry to a foot fracture.

The Titans survived against the Saints last week thanks to key controversial plays and the Saints missing two extra points and a late two-pointer that would have tied the game. They got a bogus roughing-the-passer call in their favor that negated an interception and immediately led to a touchdown. They also recovered both fumbles (their own, and the one by the Saints).

The betting market is more accurately pricing the Titans. The perception in survivor leagues is out of whack.

The Browns have similar win odds at less than half the popularity of Tennessee, and they also have the lowest future value of any of the five most popular options. Given that their win odds are higher than New England and the Chargers, their EV is a solid 1.06 at 20 percent popularity.

To make this pick, you have to overlook that the Browns looked bad last week. (Granted, Detroit passed for less than 100 yards in regulation against Pittsburgh). However, the spread and win odds account for those results. The Browns would have been favored by even more if not for Sunday’s blowout loss.

Here’s the survivor pool stat of the week:

Nothing is ever guaranteed, but to win pools, you have to take advantage of biases, including recency biases. The past three weeks have shown us that the only consistent thing in the NFL is inconsistency.

Don’t fall for a handful of key players or one poor performance.

The Bucs are the biggest favorite of the week over Tennessee and Cleveland. Given their relatively lower popularity, they thus have the highest EV of the week (1.19). That’s a strong EV to fire out and use.

However, Tampa Bay also has the highest future value of any team by far. If you have other alternatives, it makes sense to save the Bucs, especially in large pools with lots of entries left and in those with multiple-pick weeks coming soon.

The Chargers are a little riskier right now (70 percent win odds) and have a moderate EV right now. But they also have moderate future value and are at least in consideration as a low-popularity contrarian option in bigger pools.

Keep an eye on the injury news and news about Ben Roethlisberger’s status for this one, as it could impact the value proposition and win odds throughout the week.

The Niners are another solid contrarian option at lower popularity, although they’re slightly more risky than the more popular Titans and Browns. San Francisco’s future value may be dependent on which teams you have already used.

For example, the Niners’ value in Week 15 has gone up. If you have already used Arizona and Buffalo, San Francisco is the highest projected win-odds option available for that week when it plays Atlanta at home.

Week 10 continued the run of big upsets and huge elimination weeks. The two most popular picks lost (or rather, lost and tied), and two other double-digit favorites lost on Sunday.

Here is a summary of the most popular picks for Week 10, and the results:

Because of the tie involving Pittsburgh, the elimination rate will depend on the pool rules regarding ties.

The majority of pools (nearly 80 percent, based on what all of you reported when setting up the pool) treat ties like losses. Some, though, are heathens that allow entries to survive. (Then there’s the DraftKings Pro Football Millionaire Survivor Contest, where DraftKings is not applying its own rules.)

Our recommendations largely avoided Pittsburgh and were heaviest on Buffalo relative to public pick rates.

The last three weeks have been tough ones in survivor with a lot of eliminations. However, TR entries have been relatively better at getting through compared to the average entry that was still alive at the start of Week 8. They’ve been about twice as likely to make it through an extremely treacherous stretch that saw most pools go from over half of all entries alive to now around or under 5 percent of entries still standing.