Facing the hapless Jets, the 2-7 Los Angeles Chargers are a hugely popular Week 11 survivor pick — but other options may provide more value. 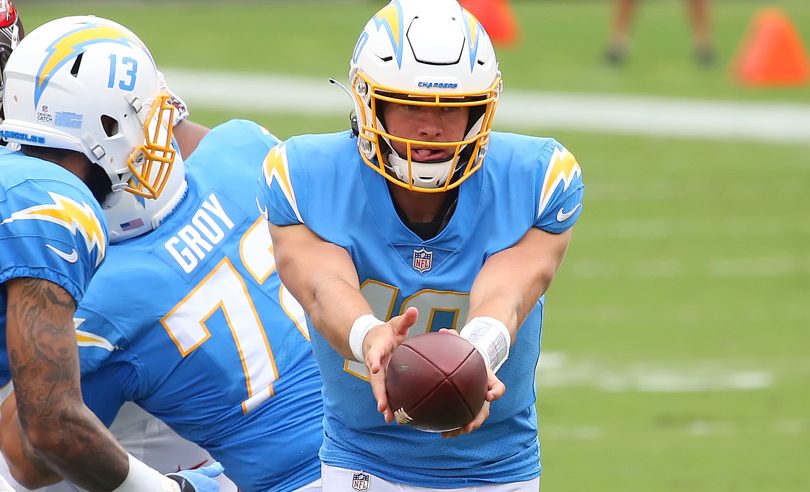 The Jets are back in NFL Week 11, and still looking for their first win as survivor pool players around the nation welcome them with open arms — even going so far as to make their opponent, the 2-7 Chargers, the most popular survivor pick of the week.

The Chargers are almost certainly a better team than their record indicates, but other picks may make more sense for your entry this week than a team that has been close in several games but seemingly just loves to find a way to lose.

Green Bay let Jacksonville hang around and were at risk of losing if the Jaguars could manufacture a late touchdown, but the Packers held on. That continues the public’s streak of very close wins for the most popular survivor pick of the week, which is always a frustrating outcome for more contrarian strategies.

Meanwhile, 12 of the 14 betting favorites won in Week 10, making for a high survival week. The only two favorites to lose were Baltimore and Philadelphia.

Just as in Week 9, the general approach we took involved taking on slightly more risk than the public, in an effort to build up greater value in coming weeks. In Week 9, that strategy involved avoiding Pittsburgh, and in Week 10 avoiding Green Bay.

Pittsburgh this week and Green Bay next week have the highest projected win odds in Week 11 and 12 and will be far less popular picks than they were in Weeks 9/10, so we should see soon if our future value gamble pays off.

Below we break down the public’s five favorite survivor picks this week, evaluating the pros and cons of each pick.

You’re probably thinking about picking at least one of these teams, but remember there are also other options to consider in Week 11, and highly contrarian picks can sometimes provide a solid boost to win your pool.

To get our Week 11 survivor pick recommendations customized for your pool’s size, rules, and the teams you’ve already picked, make sure you use the My Pool Picks feature of our NFL Survivor Picks product.

The New York Jets return to survivor prominence after getting a bye week. This time, it’s the Chargers that draw the Jets and become the most popular public pick. The Chargers had some popularity (17%) in Week 7 against the Jaguars, which just so happened to be their last win.

The Chargers are an almost unfathomable 3-16 over the last two seasons in games decided by 8 points or less. So those going with the Chargers won’t feel comfortable if this one is tight late, given their seeming ability to defy the odds and grab defeat from the jaws of victory unlike any franchise we have seen recently.

That popularity makes them a lower value choice, since over 40% of the public in a typical pool is concentrated on a team with less than 80% win odds.