Week 10 of the 2022 NFL season in survivor pools gives us a new survivor team in the New York Giants, along with the Chiefs and Eagles. 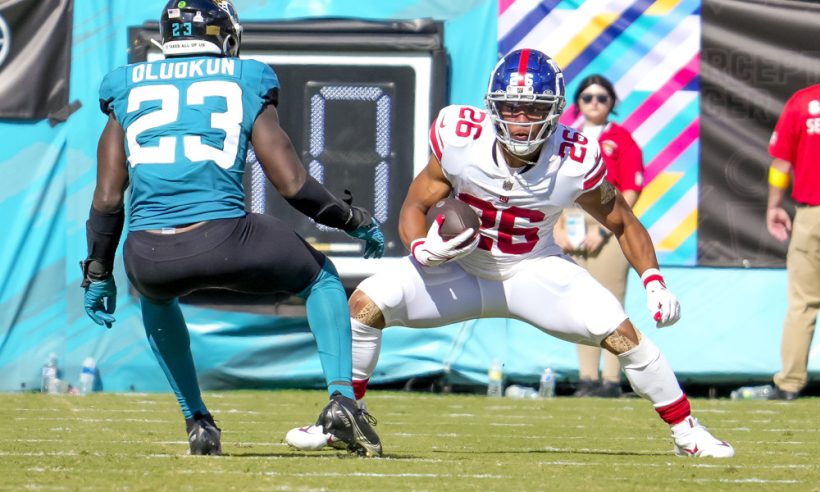 Week 10 of the 2022 NFL season is here. We see some familiar faces (Philadelphia) this week among the survivor options, but also some new blood like the Giants.

We plan to periodically update this post until Sunday of Week 10 arrives, and we will also be posting video updates throughout the week as well, so check our articles section for those. Here’s what’s available now:

Here are the most popular teams early on for Week 10 of the 2022 NFL season:

Here are some notes on each of these teams:

The Kansas City Chiefs are showing up as the most popular public pick for the second week in a row.

After surviving Tennessee last Sunday, Kansas City hosts Jacksonville as a 9.5-point favorite, the second-biggest spread of the week. However, Kansas City doesn’t have a great EV because of that high popularity. It’s currently at 1.02, but five teams have a higher EV as of Tuesday.

The Chiefs also have a lot of future value, particularly in Weeks 15 to 17, making them valuable in pools expected to last that long.

The New York Giants are 6.5-point favorites against Houston and are drawing about 30% public pick popularity. That high popularity is hurting their expected value.

The Giants are currently coming in at a negative-EV play (0.94) considering only this week. But they don’t have much future value, so entries turning to them likely either don’t have the bigger favorites available or are looking to save them.

The Giants present an interesting decision flash point, as getting through with a team with above 70% win odds but no future value is attractive. But so is playing against a large chunk of the pool and avoiding the Giants to benefit from an upset here.

The Eagles are the highest-EV play of the year so far because the public is heavily on Kansas City and the Giants. That means you can take the biggest favorite of the week and just need one of those two teams to get upset and knock out a chunk of your pool.

The Eagles will have other spots in the future where they can be used, but this EV is likely to be among their best this year, which makes them a reasonable choice. The rub is that the majority of remaining entries have already used them, which is why their popularity is where it is.

The 49ers aren’t as safe as Philadelphia, but they are a 7-point favorite in a week where two very popular teams have similar win odds. That gives them a really good EV this week against the Chargers.

The 49ers do have some future value, though. The primary spot is likely Week 16, when they host Washington.

In some respects, it’s understandable that the Raiders would be at lower popularity. After all, they are 2-6 and are playing a 3-5-1 Colts team.

But the spread in this game reflects the current QB situation in Indianapolis, where Sam Ehlinger hasn’t exactly looked like the second coming of Tom Brady. He’s taken a sack on 17.5% of his dropbacks and is averaging 5.8 yards per attempt, and the Colts just put up the lowest-yardage game all year with only 121 yards and three points against the Patriots.

The Colts also just fired their play-caller and head coach, Frank Reich, and replaced him with Jeff Saturday, who has never coached in the NFL or college.

The Raiders are favored by 6.5 points, the same as the Giants, but they have a fraction of the popularity. They also have minimal future value.

We expect this pick rate to climb, especially in sharper pools, but the Raiders are still a value.

Week 9 again featured fewer upsets than the early part of the season, but we did get one big one as the Bills lost to the Jets. The Packers losing to the Lions was the only other result that impacted more than 1% of a typical pool.

Based on our public pick data, over 87% of the public survived Week 9, with 13% eliminated, primarily with Buffalo’s loss.

The most popular picks certainly had some close calls though. Kansas City was on the ropes down eight late, but it came back and won in overtime against an offensively limited Tennessee team playing without QB Ryan Tannehill. Philadelphia was tied with Houston on Thursday night in the second half, but it pulled away late.

About 89% of our pick recommendations advanced, with the Bills responsible for the most PoolGenius eliminations, along with a smaller number on the Packers.

After nine weeks, less than 2% of all public entries are still alive (assuming no strikes and standard rules). Pools that started with 50 entries or fewer may be done, and even those with over 100 entries at the outset may now be finished, depending on the specific pool picking rates.

About 8% of PoolGenius subscriber entries are still alive. That still leaves our subscriber base advancing about four times more often so far than the public.

The elimination rates have slowed the last two weeks, but we are still well ahead of the average results in survivor pools at this point.