Heading into the Sweet 16, we dig into NCAA survivor pool strategy and analyze survival odds for different pathways to the championship. 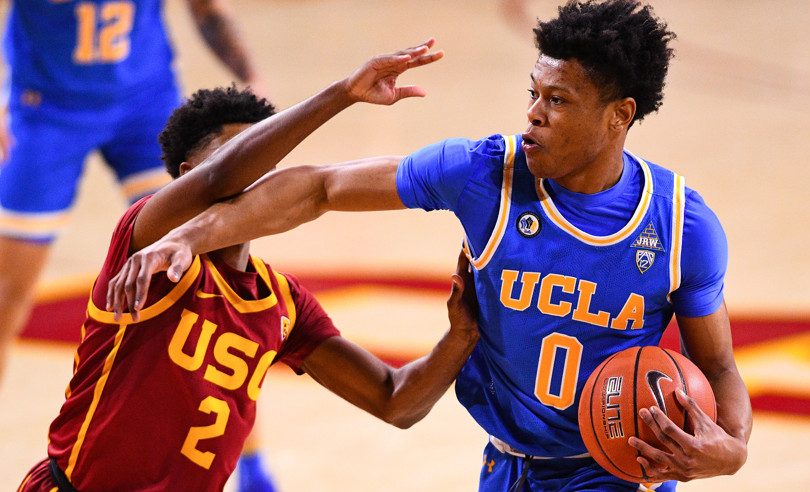 The first weekend was a bloodbath for 2021 NCAA tournament survivor pools, as only seven of the 16 top seeds advanced as expected. Several popular favorites lost, with the single most costly outcome in many pools being No. 15 Oral Roberts advancing against No. 7 Florida (after also beating No. 2 Ohio State).

It’s likely that 20% or less of survival pool entrants are still standing in a typical pool that required one pick each day of the tournament (and far less if you are in a pool that required multiple daily picks in the first weekend).

Emerging from that wreckage, let’s walk through some key strategy considerations for NCAA Tournament Survivor Pools now that we have reached the Sweet 16.

NCAA Tournament survivor strategy changes considerably as we move from the early rounds to the Sweet 16, and in particular once we get to the Elite Eight and beyond.

Early on, you do not want to burn the handful of key future value picks most likely to be necessary late in a tournament. But, you don’t necessarily have to turn around in the next round and immediately pick against the team you just chose. You can be relatively confident that a team with high first round win odds but a low chance to reach the title game would get eliminated somewhere else along the way, without you having to specifically pick against them.

Starting now, though, the number of teams available rapidly dwindles. You need to be thinking about picking against the team you just picked, and considering pathways to the title game that leave you more likely to have pick options. If you do not plan ahead (and some entries clearly do not), you may end up getting to the Final Four but be unable to make a pick, and be eliminated that way.

In this way, NCAA Tournaments, in the later rounds, become more like NFL Playoff survival pools, and you can read more about some of our strategy considerations in those pools.

NCAA Tournament pools, though, can provide even more challenging variations on some of those themes. For example, plenty of pools require a pick each day through the Sweet 16. That makes it more likely that at least one team you picked early is still alive, which could limit your options going forward.

Some pools even require picks on both Elite Eight days. In these pools, the only possible way to survive all the way through the title game is to avoid picking any of the eventual Final Four teams prior to the Elite Eight, then correctly pick the two teams that will reach the Final Four but fail to reach the title game, leaving the runner up and champ available to pick in the last two rounds.

Below, we will review the potential paths you could take from this point on in an NCAA survivor pool, and some considerations for different pool formats and sizes. One thing we must emphasize here is that unlike NFL survivor pools, where public pick data can be found if you’re looking for it, we do not know of any publicly available source of NCAA tournament survivor pool pick data, never mind one with a relatively large sample size of player picks.

As a a result, the advice here is based on our educated guesses about pick popularity, informed by research into past picking trends in pools we’ve entered personally, along with looking at which teams the public is tending to over- or undervalue in bracket pools.

The ideal strategy for NCAA tournament survivor picks can vary greatly depending on which teams you have left, what the exact rules of your pool are, and how many other entries you are competing against.

But in many cases, starting in the Sweet 16, you need to consider your picks as a set, on a path to have an option in every round. If you pick Arkansas in the Sweet 16, and Arkansas wins (yay!) but you turn and pick Gonzaga in the Elite Eight on the other side of the bracket, then there are not unlikely scenarios where you run out of picks in the Final Four and do not have a title game pick. If you also have some other teams still lurking in the tournament that you had already used, that risk becomes even higher.

So with that in mind, here are the advancement odds for picking each team in the Sweet 16, then turning around and picking them to lose in the following round, and continuing that pattern through to your NCAA champion pick.