Are you playing in an NCAA Tournament Survivor Pool? If so, check out our strategy advice for how to maximize your chances of winning. 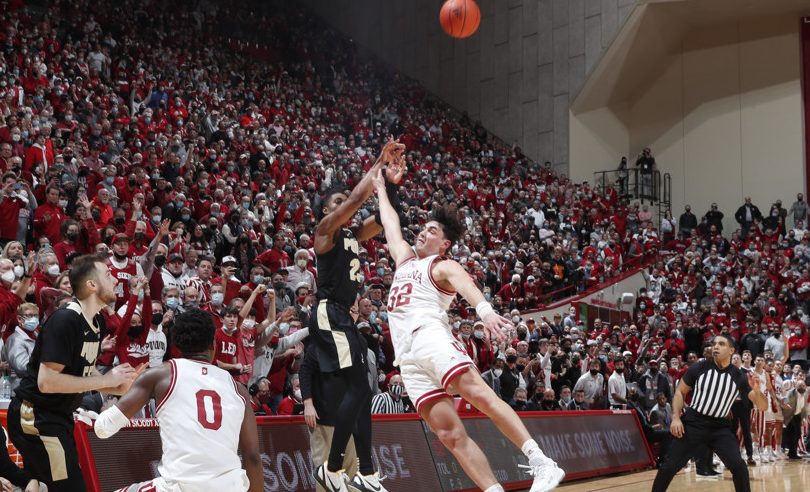 At TeamRankings, we love our survivor pools. We have written an entire strategy guide e-book on playing in NFL survivor pools, and we have a NFL Survivor Pool Picks product for football season.

A lot of the concepts we cover for those kind of survivor pools are applicable in a March Madness survivor pool as well, but there are also a lot of differences. So we thought we would address those in a specific strategy article tailored to the NCAA Tournament.

One thing to know about NCAA Tournament survivor pools is that they truly do capture the madness of March. You will be rooting for upsets… unless they involve your pick. You can try to plan for the future… but it can change since you don’t know who will still be around in a week. And it might occasionally make sense to take outright underdogs if you have a large chunk of the pool on the other side and the relative odds favor you.

We cover the following strategies in this article:

March Madness survivor pools have grown organically, and a number of rule twists impact strategy. Most of these revolve around how many teams you have to pick, and when. This includes:

Those rules can even switch in the tournament, such as a pool that requires you to pick a team each of the first four days of the tournament, but then goes to one pick per round thereafter.

Each of these rules variations impacts your strategy. They determine when you need to take risks and how much you have to plan ahead.

So make sure to pay attention to exactly when and how many teams you have to pick.

Planning for the Near Future

To win a March Madness survivor pool, you typically have to last deep into the tournament, often into the Final Four. That means you need to have some of the teams that advance that far still available to use.

If you use a national title contender early and they keep winning in the subsequent rounds, you could be in trouble.

In this way, NCAA Tournament pools are a lot  like NFL playoff survivor pools. You need to keep an eye on who is likely to advance. You can’t just make decisions based on the current value of picking a team.

In an ideal world, the best picks would have high win odds now, not be very popular, and be unlikely to advance to the Final Four. But those are hard to find, so it often comes down to balancing at least one of those factors against the other two.

Still, you should be on the lookout for teams that have a lower chance of advancing to the Final Four than people think. One example could be a top-three seed with a really good early matchup but a tough region or a lower power rating.

You should also try to save the top five or six teams likely to advance far in the tournament to ensure you’ll have an option to use later on.

Plenty of people try to go by their gut or what they just saw in the last game, which means they may give up value. If you really want to know which teams have the best chance to win in the current round or to advance further, you should use more objective data.

Another options is to use our advancement odds. These are created based on bracket simulations driven by our adjusted power ratings. We start with out raw power ratings and make adjustments based on injuries, betting market data, and research into what qualities are predictive of NCAA Tournament success.

If you don’t know the relative difference in odds between teams, you cannot truly assess when it’s worth the risk to take a lesser team to save future value. You also won’t know when it’s probably worth selecting a top seed and using some future value because the public will be concentrated on a different choice.

For NFL survivor pools, we collect real-world data from several different pool hosting sites that allow us to measure how popular various picks are. That level of detailed data is unavailable for March Madness survivor pools. There’s also a lot more variation in terms of how many teams need to be selected in each pool, so pick popularity can vary greatly.

With that said, a few factors will tend to result in “popular” picks for the public. Most entries know that you need to have good teams late, so top seeds often aren’t all that popular in the first and second rounds.

The popular picks tend to be based on:

The first round tends not to have any single pick that is too popular. Even if picks are required each day, you still have 16 favorites to choose from.

Avoiding those two picks was a key factor in who won pools in 2021.

Florida lost outright, which was likely the single biggest elimination result in many pools. UCLA won, but ended up advancing to the Final Four. Entries that had UCLA available as a contrarian Elite Eight choice were likely heavily represented among pool winners.

Knowing When to Take Heads-Up Risks

In an NFL regular-season survivor pool, you should rarely pick an outright underdog. When there are 10-16 other favorites to pick, it rarely makes sense to go heads-up with an underdog.

That isn’t true in later rounds of a NCAA Tournament pool. You’ll likely have to pick an underdog at some point in the Elite Eight, Final Four, or the national title game. You want to be set up to do so in situations where most of the others in the pool are concentrated on the other side.

To win an NFL playoff survivor pool or March Madness survivor pool, you’ll need to take big swings and risks. You want to do so when it has maximum effect, such as when you can win a pool outright by being the only one on the underdog side.

Paying Attention to Your Path

It’s important to think of March Madness survivor pools as entire paths through the bracket rather than viewing each pick individually. Since you can only use a team once, the team you pick in a given round needs to lose soon thereafter for you to keep advancing. If a team you have already used ends up advancing deep into the tournament, you could be without an available pick.

You don’t have to be as concerned about the ultimate path as much in the first two rounds, where you should be looking for advancement odds, weighing popularity, and considering long-term future value. In other words, if you pick a No. 4 seed over a No. 13 seed in the first round, you don’t have to immediately pick against them or have them lose in the next round. You just need for it to happen by the Final Four.

Once you get to the Sweet 16 and the Elite Eight, though, your paths will be largely determined by who is remaining and who you have used. You need to pay attention to which picks give you the chance to win it all, not just advance for that round. That might mean playing an underdog in one round to have a better option in the next one.