An NCAA Tournament Calcutta pool is an exciting team-based auction contest. Here are some strategy tips to consider for these pools. 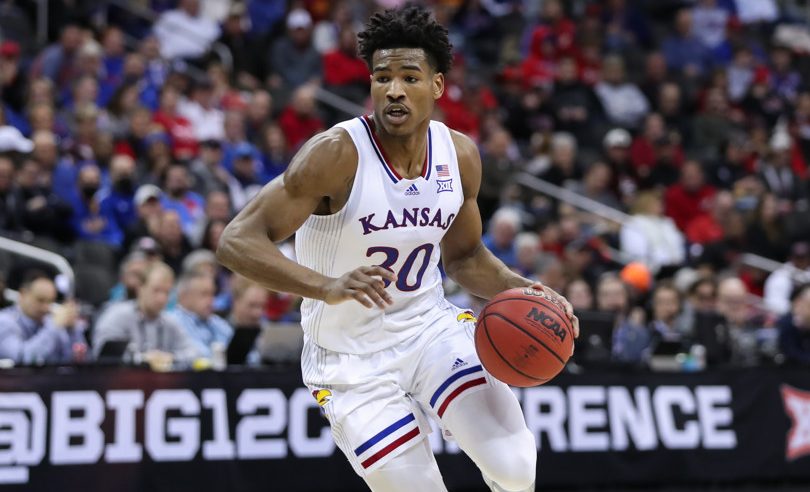 NCAA Tournament Calcutta Pools can be a great way to get some action, if you want to venture outside standard bracket contests. Calcuttas are auctions where entrants can bid on NCAA Tournament teams and win money based on the scoring rules and results. Think that No. 11 seed is a major sleeper? If you can outbid everyone else, you can rack up some prize money if they go on a deep run.

For those that have participated in other types of auctions, like a fantasy sports auction draft, some of the same principles apply. However, there is one big difference from most auction drafts. There is no salary cap, and no rule that each participant ultimately ends up with the same number of teams. Because there is no spending cap, the reward for a team winning a game in a given round is expressed as a percentage of the pot, rather than a set dollar amount.

Each individual can bid as much as they want, and bid on as many teams as they want. And while you can bid as high as you want to get a particular team, if you overpay you will just be contributing to the pot that others will claim, while reducing your chances of turning a profit.

So having an understanding of the value of each team is paramount to success in Calcutta pools.

Here’s what we cover below in our strategy discussion:

Using Objective Odds to Assess the Range of Outcomes

If you try to go off just gut feeling, you will be at a huge disadvantage in a Calcutta pool. The pot is not a winner-take-all situation, but is instead divided based on a variety of outcomes, each with their own probabilities of happening. If you don’t have an appreciation for the underlying odds, you will be flying blind.

So the basis for a strong Calcutta strategy is having a good foundation of odds, based on objective data.

One solid foundation is to use betting market data. Leading up to the tournament you can often find First Round money lines, odds to advance to the Sweet Sixteen, odds to reach the Final Four, and Championship odds.

Another option is to simulate the tournament using a good set of predictive power ratings.

At TeamRankings, we adjust our raw predictive power ratings to account for things like injuries and lineup changes, based on an in-depth review of all tournament teams. We use those adjusted ratings to power bracket simulations and estimate how likely each team is to win in a certain round. Those are then displayed in our “Round Odds” table.

Determining Each Team’s Value for Your Rules

Once you have a good set of values for how likely each team is to advance, you need to adapt those numbers to the payout structure of your specific Calcutta pool. What may be a great value in one pool may be a poor one in another because of the way the pot is paid out.

So you need to multiply the percentage of the pot you gain for each win in a particular round, by the odds that a specific team wins in that round. Add those up for all six rounds, and you have your estimate for what percentage of the total pot each team should be worth.

Some Calcutta pools have specialty rules designed to increase the value of certain teams that might otherwise be nearly worthless (and likely to introduce a little more uncertainty into the proceeding). For example, some pools might give a bonus to the team that gets beat by the largest margin in the tournament, so the lowest seeds could be worth a payout.

Other rules you might see include a percentage of the pot going to the biggest upset, or going to the worst seeds to advance to a certain round, like the Final Four.

We’ve built a tool that attempts to account for some of these rules, based on historical data and our odds estimates, when estimating the value for each team.

Knowing Your Pool and Estimating the Pot Size

So far, if you know the underlying odds and have converted your scoring rules, you have an estimate of what percent of the pot each team is worth. But you still need to apply that to the real-world situation in your pool. You have to know how big the pot will be, or at least have a reasonable guess as you start the Calcutta.

If you vastly overestimate how much the participants will spend, you will end up with poor values even if you thought you were getting a good price. And if you underestimate, you may find yourself missing out on teams repeatedly, only for some of them to end up as good values.

This is more art than science, and it helps to have some past history. If you do have a past history, review the trends in recent drafts regarding how much was spent and what the top teams went for.

If you are playing in a pool for the first time, it’s time to do some digging and see what intelligence you can gather to get a general ballpark figure.

Just keep the following in mind: the more participants there are relative to the number of teams available, the higher the demand, and the more the prices should increase. So if your pool, even an established one, will have more people involved this year, bump up your estimate of the pot size compared to recent years.

Finding the Value Spots in Your Draft

Finally, a Calcutta is still an auction, albeit one that has no formal cap on spending. That means that some of the same strategy rules that apply to something like a fantasy football auction draft also apply in Calcutta pools.

Be Ready to Pounce from the Start

Because most NCAA Tournament Calcuttas feature a lot of choices, even if some teams are bundled together, there tends to be more value early, compared to say, an NFL Playoff Calcutta (with only 14 teams).

If you come in with a decent estimate on pot size, and your values already ready, you can try to grab some good prices early before demand has built up. Plenty of other participants will be hesitant to spend much early until they get a sense of how the draft is developing. This is especially true if some lower seeds are going off the board before the prices have been set on the top targets. So if you see a good price early, don’t be afraid to act.

As the draft continues, and you get a sense of the prices being paid, you can use your estimates to still find value based on your own projections.

Finally, keep track of how many of the other entrants have successfully acquired a team. If everyone is “on the board” with a team at the halfway point, the bidding may not get out of hand late. But if you see that several participants are still waiting to buy their first team at the halfway point, you should expect the pot to go up because of demand. Even a team that looks like only a moderate value choice at that point could still be a great pick when you look back, if bidding wars developed on the final teams in the draft.