Measuring the Impact of Covid Pauses on College Basketball Teams

The college basketball season has been impacted by Covid forcing lots of teams to pause activities. How have those teams performed upon return? 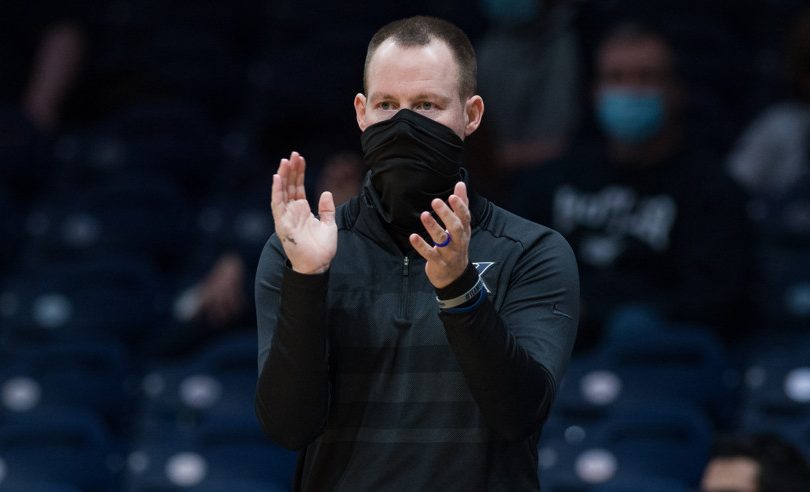 The 2020-21 college basketball season has been uniquely impacted by playing during the Coronavirus pandemic. With no bubble and nearly 350 active Division I basketball teams spread around the country, we have seen squads face many challenges. This includes having the start of the season pushed back, having to pause team activities because of safety protocols, and having games postponed and rescheduled (or maybe lost forever). Schedules have been an ever-evolving mess.

In this article, we will try to measure the impact of teams pausing activities and taking time off from basketball, and how it has affected their performance. Understanding this can help put some of this year’s craziness in context. It can also help us understand where we need to account for these impacts when trying to project NCAA Tournament outcomes, by discounting some games when trying to assess how good a team really is.

The data we used for this article includes all Division I men’s basketball games played through February 23, 2021. We identified the first game back for any team that met the following criteria:

That gave us a sample size of 386 games, for which we have data on things like the days since the last contest, opponent days of rest, the spread, the game result, the team’s Game Score (margin of victory adjusted for opponent strength and game location) for that game, and the average Game Score for the team in question in all other games played in 2020-21.

Once we had that 386-game sample of potential candidates for Covid pauses, we then tried to identify which of those 10-day-or-longer schedule gaps were cases where a team actually paused their basketball activities. Some teams, for example, had breaks in their schedule because their opponents paused activities and postponed games. Further, the holiday break, and reduced schedules over Christmas week, often lead to some longer gaps in schedules, where the teams also were not paused from activities even if they took a short break.

To identify confirmed cases where a team paused activities due to Covid, we used internet searches to confirm news stories with dates matching our data and also cross-referenced with Jon Rothstein’s Twitter feed, where he has provided daily updates of programs who have officially paused activities.

In the end, we identified 182 cases in our data set where teams came back and played after a confirmed pause in activities that resulted in them having at least a 10-day gap in their game schedule.

Did we catch every single one? Probably not. There are some longer pauses where we could find no confirmation. These generally involved lower-tier, lower-profile Division I programs. These seem like they might fit what we are looking for, but the programs never formally communicated that they were pausing activities.

Only one major program showed up in the data with a 15+ day gap in games with no confirmed Covid pause. That was Florida in the aftermath of Keyontae Johnson’s on-court collapse in a game in December. So we are fairly confident that we got most of the pauses due to Covid, and all of those involving the higher profile teams in Division I.

To investigate the effect of a Covid pause, we split the initial 386-game sample into three groups, first by whether it was after a confirmed Covid pause or not, and then for those that were not confirmed, by the length of the gap.

Here’s a summary of the performance of each of those three groups.

This data shows that teams that paused basketball activities, with at least 10 days between games before returning, were impacted negatively upon their return.

Teams coming back from confirmed Covid pause averaged a Game Score 2.7 points worse than their average across all other games. They underperformed the spread by 2.4 points on average, and covered the spread 44.2% of the time. They won only 37.4% of games coming off a Covid pause.

Meanwhile, the other groups (gaps of 10+ days in the schedule, but not due to a confirmed Covid pause for the program) covered the spread a little more than half the time, and were overall just as good or better in those first games after a gap, as they were for the rest of their games.

The programs that took a longer time (more than 14 days) between games, but were not officially paused, did underperform slightly by average Game Score.

But overall, this data provides evidence that merely missing games and having a gap in the schedule due to opponents having to postpone games did not have a negative impact, unless the gap in the schedule was significant. The main negative effect was for the teams that could not practice, train, or hold team activities for a stretch of time during the season.

Covid Pauses and Impact Based on Team Quality

We saw above that teams coming off a Covid pause were negatively impacted. But something even more interesting happens when you divide those teams by their quality.

The best teams are impacted significantly on average, while the worst teams show only a minor impact from being on pause.

Here are the 182 confirmed Covid pauses, divided into groups based on each team’s average Game Score in all other games (excluding the return game after the pause).

The top tier of teams, those with a significantly above average Game Score for the rest of the year, were about 6 points worse than their typical performance in the first game off a Covid pause. Despite being favored on average in that first game back, they won only 41.7% SU and covered the spread in only 33.3% of the games.

[Note: there has been only one program who returned from a pause that would have been in this subset of teams, after the data was finalized. That was SMU, who lost and failed to cover as a favorite against Cincinnati in the American Conference Tournament, in their first game in over 30 days.]

It’s dubious to split the data even further since we’re running into small samples here. That said, for the top 24 teams in the data set, the impact was 7 points worse than the typical performance on average.

Ten teams in the top tier had multiple pauses. Teams coming off their second (or more) pause averaged performing 10.1 points worse than the season average in the first game back, suggesting a cumulative effect as well of multiple disruptions.

While teams at every level showed some impact due to being on pause, the top tier of teams showed the biggest impact.

There are a couple of reasons why this might be the case. Since they are more efficient teams, they have more room to regress when they are not sharp, able to practice, or conditioned. Second, and relatedly, these teams tended to play better opponents, who were also likely better able to expose teams that were impacted by any rustiness coming off a program Covid pause.

Covid Pauses and Length of Gap in Game Schedule

Finally, here are the 182 confirmed Covid pauses, sorted by the length of time between games for the program.

You might look at that and think that the length of time doesn’t matter. We would caution against that because, as we saw in the previous section, there is a strong effect where the best teams were most impacted by being on pause. If you look in the average Game Score column here, you can see that the teams with relatively shorter gaps also tended to be relatively better. That is to say, smaller Division I programs tended to have longer pauses, confounding this data.

But splitting by both team quality and length of time between games results in truly tiny sample size bins. For example, there are only 7 teams that are in the top group of teams by quality and had a gap of 22 or more days in their schedule. Those teams averaged 5.2 points worse than their typical Game Score when they returned, and the four longest gaps among those teams were all 6 points or more worse in their first game back.

So expected team quality (and opponent quality) seems to matter more in negatively impacting how a team plays in their first game off a Covid pause, but the length of the delay could still matter.