If you want to win a pool, it's important to know all the different scoring rules. We go through some common ones. 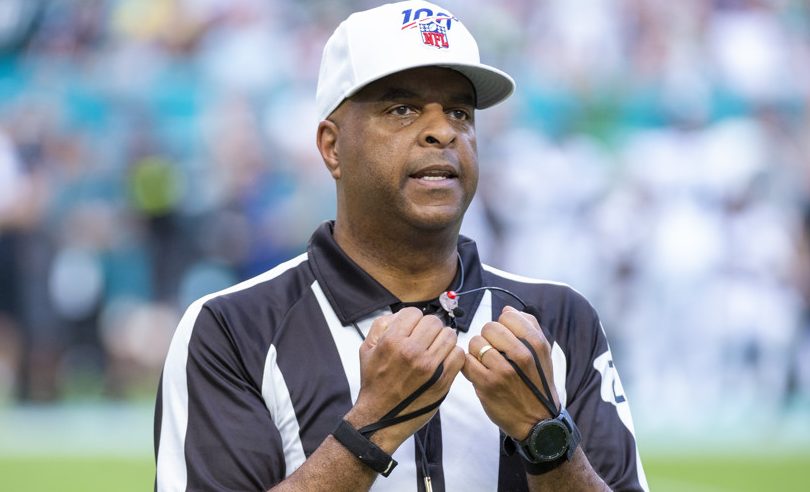 At TeamRankings, our pool picks product is adaptable and can provide recommendations across a wide variety of pool rules and strategies. There is no “one pick fits all” because the best strategy heavily depends on how the scoring, the selecting of games, and the prize payouts are structured.

Here, we are going to go through some of the more common ways that pick’em pool formats can differ, and how those differences affect strategy.

Pick Type: Game Winner versus Against the Spread

The most important way that pools differ is in how they decide what constitutes a win. The two main varieties of pools are those where you pick the actual winner of a football game, versus those where you make picks based on the point spread.

In game winner pools, you must simply pick the team that will win the game. Since there are plenty of games where the teams are not truly even, and where one team is expected to win at a higher rate, this can mean that there are plenty of matchups where there is an edge if you know who the favorite is.

Against The Spread Pools

The primary purpose of spreads — whether the opening line set by oddsmakers, the closing line molded by betting action, or anything in between — is to neutralize any quality differences between two teams, in order to make either team equally likely to win. While there are subtleties to how exactly spreads are set theoretically every matchup should be closer to a 50% proposition. That makes for far fewer high probability picks that provide easy wins. It also means that looking at pick popularity in spread pools can more often provide value. If you know that one team is drawing a high percentage of the picks, it may mean that you can gain ground on more competitors by going the opposite way.

Spread pools also usually post lines early in the week, and the spread that you are picking can “lock” in place well before Sunday’s games begin in many pools. If you have the option to submit your picks well after the spreads have been established, you can find value if you pay attention to changes in the betting odds.

Some pools require everyone in the pool to make picks for the exact same games. Others give you the option of picking which games you want to make a pick on.

For example, in a Pick 5 Spread Contest, you only pick five winners against the spread each week, from a broader list of games. This means that you may be picking different games than others near you in the standings.

The number of games you are picking in your pool can affect strategy. If you have the option of picking only certain games, you will want to choose picks that give you the best win odds, and among those, pick those with the relatively lower popularity. Your incentive to pick upsets in game winner pools is reduced if you are picking less than the full slate, because a correct unpopular upset pick no longer comes with the benefit of guaranteeing a loss for a large fraction of your opponents.

Another big factor is that fewer games being picked means fewer results over the course of the season, and thus a different risk profile when it comes to deciding how to adapt your strategy based on the standings. It’s relatively harder to come back in a pool where you only pick 5 games than in a pool where you pick 16, because of the reduced number of opportunities.

Another big rule variation is how the number of points for each win is determined. Some pools give the same value (such as 1 point) for each successful pick. Other pools do a variation on that style, where most games get the same number of points, but you can select one game (or a handful of games) to be worth bonus points, increasing their value.

And then there are confidence point pools.

Compared to pools where all games are worth the same, then, in confidence points pools, the highest point value games are much more important. In fact, in a 14-game slate, there would be a total of 105 points available. The top five games by assigned points would be worth 60 out of those 105. The single highest point game (14) is worth almost as much as the five lowest games combined (15 points total).

As a result, getting points in those highest value games is vital. Finding value plays where your opponents are less likely to pick a team highly who still has favorable win odds can lead to a big edge.

Optimal confidence point pool strategy can depend on a lot of factors, including how many opponents you are trying to defeat, and whether you are competing for weekly prizes or seasonal prizes.

A pool’s prize structure — how the prize money is distributed — is another factor to consider when making picks each week. This includes being aware of the following:

We go into more detail on weekly prize strategy and how it differs from season prize strategy in a separate article. For now, it’s important to know that all of these things can impact the level of risk you want to take each week, in terms of picking underdogs and/or emphasizing team pick popularity.

For example, assume you’re playing in a 200-entry NFL pick’em pool, and the prize structure is winner-take-all. You are in fourth place with two weeks to go. In that scenario, you probably have no chance of catching the leader and cashing in the pool unless you start aggressively picking unpopular teams and upsets, and hope for the best.

The most likely outcome of that strategy? You drop like a rock in the standings, maybe not even finishing in the top 50 by the end.

But Some Chance > No Chance

But that’s irrelevant. Why? Because picking aggressively over the last two weeks is probably your only chance to win something from the pool. If you assume the pool leader is going to act rationally, he or she is going to close out the pool picking mostly favorites, or all favorites, since that strategy gives them the best chance to defend their lead.

In that case, you have zero chance of catching the leader unless you pick the opposite way on multiple picks, and hope for enough luck to make up a four-point deficit in two weeks.

Many players don’t understand this concept. They may still have some chance of placing in the money toward the end of a pool, even if it’s just a slim chance, but they squander that opportunity by picking too conservatively over the final weeks.

On the flip side, picking aggressively at the end of the season would probably be a terrible strategy if that same pool split its prize pot equally among the top five finishers, and you were sitting in fourth place.

So make sure you’re keeping your pool’s prize structure in mind as you make your weekly pick decisions.

Play to Your Rules

We’ve now covered the main variety of pools that we see, and for which our pool picks product offers customizable advice. As you can see, you should not pick the exact same way in every type of pool. Just as you wouldn’t draft the same in a fantasy football league that gave “points per reception” or required you to start two quarterbacks instead of one, you shouldn’t use a one-size-fits all approach to your sports pools.

There is no single best pick each week. The wisdom of making a certain pick can depend on many things, and every rule can lead to different optimal picks.

At TeamRankings, we pride ourselves on making the best possible picks for you and your specific pool. Our results speak for themselves, as our past subscribers have reported winnings that show they are outperforming their pool mates across all varieties of pools.