Pick against the last undefeated team? Consider the Falcons in an upset? If it's value you seek in NFL Week 8, you need to think contrarian. 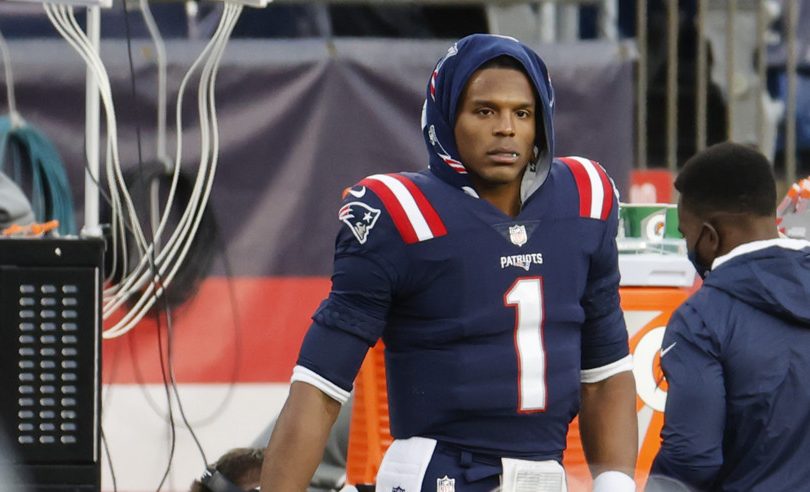 Cam Newton and the Patriots have had a rough go lately, but is it time to go contrarian and back the Pats? (Photo by Fred Kfoury III/Icon Sportswire)

NFL Week 8 features the biggest mismatch of the season, as the defending Super Bowl Champion Kansas City Chiefs take on the offensively inept New York Jets. You don’t need us to tell you to pick Kansas City to win that one, but there are plenty of other close matchups where making the right pick will give you a solid boost over your pool opponents.

As you start to think about your NFL Week 8 picks, the analysis below will help you make smarter decisions in your private NFL office pool or in online contests like ESPN Pigskin Pick’em, Yahoo Pro Football Pick’em, and CBS Sports Football Pick’em.

Last week’s picks were hot, going 4-1. The only loss was the Patriots’ implosion at home against San Francisco, but the Rams rolled to victory, Pittsburgh won at Tennessee, Washington (a very unpopular choice against Dallas) won easily, while the upset pick of Detroit over Atlanta came through as well (with some luck, or just the now-expected late game Falcons’ collapse).

Overall, the public got 2.2 wins on average out of those five games, so last week’s five picks would have given you a nearly 2 win advantage over your pool peers. Thanks in large part to the Rams value pick and Washington’s win as an unpopular toss-up, our season-long and weekly subscriber picks, both straight up and against the spread, did well in Week 7.

If you want our most up-to-date pick recommendations, become one of our Football Pick’em Picks product subscribers and get customized pick advice for your pool.

As we noted, there are more close games by the point spread this week compared to last week, and as happens often in these cases, pick popularity early on has revealed some solid early values in Week 8.

The Saints are a 4-point favorite at Chicago, and that’s about in line with our predictive ratings. The Bears and Saints look roughly similar if you look at their overall records and points scored and allowed, but the Saints have faced a much tougher schedule so far, and the Bears are exactly a league average team (0.0 in our ratings) despite their 5-2 record.

Our win odds projection for New Orleans is 65%, while 74% of the public is taking the Saints. Comparing that pick popularity to some other teams favored by 4 points this week (the Rams are being picked 86% of the time against Miami, the Bills 92% of the time against New England), sticking with the Saints is relative bargain from a risk/reward perspective.

2020 NFL Week 8 features two favorites that the public is picking at a lower rate than their chance to win. These types of teams are as close to no brainer picks as you can get in NFL pick’em contests, since you can take the team that’s expected to win, yet still “fade the public” (in relative terms, at least) at the same time.

Baltimore gets the Steelers at home this week, and while 61% of the public is taking Baltimore, we project them with 64% win odds as a 3.5-point favorite.

It’s understandable that the Steelers would be a semi-popular underdog pick this week, given that they are the last remaining undefeated team in the NFL, and just beat the previously undefeated Titans in Nashville. Baltimore was also out-of-sight and out-of-mind last week on a bye, and only narrowly won its last game two weeks ago.

All of this adds up to Baltimore providing solid value in pick’em pools, because you can stick with the favorite and the better team at home, while a decent portion of the public is going with the other side.

The Browns draw the Las Vegas Raiders at home in a fairly consequential AFC matchup, as both teams look to make a run to the playoffs.

Cleveland was non-competitive in their two losses to Baltimore and Pittsburgh, but has won every other game. The Raiders, meanwhile, experienced a high point when they upset the Chiefs, but Las Vegas is near the bottom of the NFL in yards allowed per game, and rank 31st with only three turnovers forced on defense.

The public is evenly split on this one, while the Browns are the 2.5-point favorite in the betting markets. So sticking with the favored team here provides an edge.

The Carolina Panthers beat Atlanta just three weeks ago on the road, and Atlanta has had some very notable late-game collapses in starting 1-6. But the underlying numbers show these two teams are very close to each other, and the point spread reflects that, with Carolina only a slight 2.5-point favorite at home.

Whether it’s because of the Panthers’ earlier win in the series or the Falcons’ implosions so far this season, the public is taking Carolina a whopping 85% of the time. There have been only three other games this year where a team was favored by less than a field goal but had a pick popularity over 80%, and so far, the extremely popular small favorite like Carolina has gone 1-2 straight up.

Atlanta has a realistic chance of winning this matchup, and with only one of every six public entries taking them, you can get great value in certain risk-rewarding pools by going against the public here.

Who would have thought that the Patriots would be playing a game, against Buffalo, where less than 10% of the public was picking the Pats? Yet that’s the situation we have this week, after New England lost its third game in a row, in embarrassing fashion too. The Patriots have turned the ball over 11 times in their last three games, a big factor in their struggles.

It’s not like Buffalo has been playing their best in recent weeks, though, getting blown out by Tennessee and run over at home by Kansas City, and then beating the Jets by only 8 points while not even managing to score an offensive touchdown.

Buffalo is a 3.5-point favorite in this game, with 64% win odds implied by the betting markets. Our models are a little more optimistic about New England, putting it at 61% win odds for the Bills. (That may include some factors being picked up in our models related to road performance in similar division matchups, where we have seen reduced home field advantage.)

More specifically to this series, the Patriots are 16-2 in Buffalo since 2002, and 14-4 against the spread. This game marks only the third time the Bills are favored at home against New England in the last decade, and the Patriots scored upset wins in the previous two.

With the public swinging so heavily against the Fighting Belichicks in this one, the Patriots present solid contrarian value in weekly prize contests especially.

Get All Our NFL Week 8 Picks For Your Pool

The Week 8 pick opportunities highlighted in this article are based on data from our Football Pick’em Picks product, which provides objective game predictions and projected opponent picking trends for every game.

Note that we are not saying that you should make all of the picks we list above — the upset picks especially. The best Week 8 picks for your NFL pool depend on strategy factors such as your pool’s size, rules, and prize structure, plus situational factors like your current place in the standings and the number of weeks left.

What we are saying is that the teams mentioned in this post provide some of the best opportunities to differentiate your Week 8 picks from your pool opponents, by taking on only a modest amount of risk, or no additional risk at all.