The news out of Arizona continues to potentially impact the Week 6 pick'em pool decisions, while college football gives us some Pac-12 value plays. 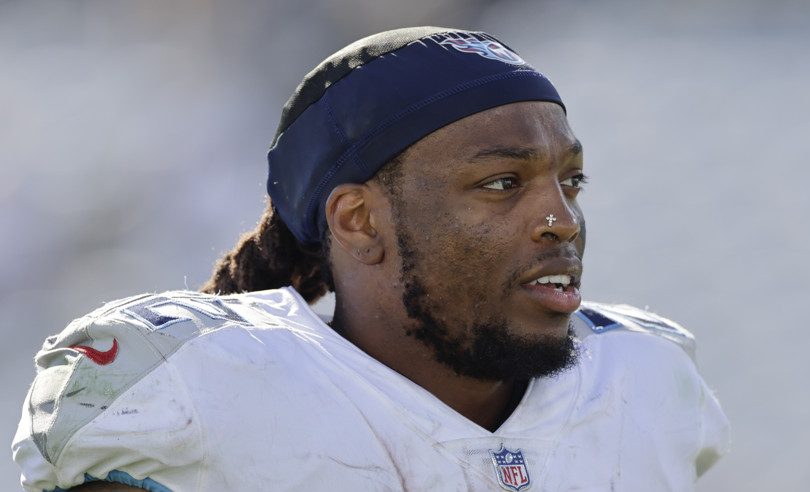 We’ll see if there is any bounce-back or fall-off in Week 6, and also how the public opinion on those teams impacts value.

Here, we’ll track Week 6 news and discuss the implications for maximizing your edge in NFL and college football pick’em contests. We’ll also provide some of the rationale behind picks potentially recommended by our Football Pick’em Picks product.

We will continue to add to this post until Sunday of NFL Week 6, which starts early this week with a London game, so check back for daily updates. Here’s what’s available now:

Here’s our early look at some potential value plays in NFL pick’em pools for Week 6. This week, the early data shows several value favorites where the public is down on the team favored by the betting markets.

The Ravens staged a huge second-half comeback against the Indianapolis Colts on Monday Night Football, and they also nearly lost to the Detroit Lions in Week 3. Meanwhile, the Chargers have been impressive in the last few weeks, with wins over the Chiefs, Las Vegas Raiders and Cleveland Browns.

Baltimore is favored in this one at home, but early on, the public is slightly leaning toward the Chargers. That means there’s some value in sticking with the betting-market favorite here.

Miami has lost twice now in blowout fashion to Buffalo and Tampa Bay, who are probably the two best teams in the NFL. Jacksonville is… not that. (Understatement of the year.)

You might also be getting some value here since Miami is coming directly off the Tampa Bay loss. Dolphins QB Tua Tagovailoa, who has been out since the first half the Bills game in Week 2, is eligible to return from IR and could start Sunday.

The Raiders are now being coached by Rich Bisaccia, as Jon Gruden is now free to empty out his inbox. Denver has not played as well in its last two games, but the Raiders aren’t exactly on a roll lately, either.

You can get the Broncos as a favorite of just over a field goal at moderate popularity. For example, Dallas at -4 has 87% popularity, and Cincinnati as a 3.5-point favorite has 85% popularity.

Stick with Denver here in pools for the value play.

It isn’t surprising that the Cardinals are drawing over half of the public picks in this one. They’re the last undefeated team, and Cleveland is coming off a loss.

But the Browns are the betting favorite in this one, and there’s contrarian value on once again sticking with the favorite.

The Minnesota Vikings survived a major scare Sunday as they blew a 10-point lead against the Lions in the final three minutes, only to get a long field goal to win. Carolina has now lost two in a row after a 3-0 start.

The Panthers might have star RB Christian McCaffrey back, though that remains to be seen. The Vikings were also without star RB Dalvin Cook against the Lions, and he could likewise return.

Either way, the Panthers’ defense isn’t playing as well as it did to start the season, and Minnesota is the very slight road favorite in this game. Given that about two-thirds of the public is going with the Panthers, the value here is on Minnesota.

Favorites dominated for the most part in Week 5, though there were plenty of close calls and near-misses. As a result, our game-winner picks for season-long contests should outperform weekly picks, and that’s what we see.

The public, meanwhile, averaged 11.4 wins, about one win below the season picks.

These were the highest-leverage results in game-winner pools in Week 5:

The Bills’ victory over the Chiefs was the costliest for both season and weekly picks, as the Bills (a slight underdog) were a fairly popular public pick. Even with that result, the game-winner season picks gained on the public this week, thanks to lots of other moderate favorites winning.

In spread pools, late afternoon and the Sunday prime-time results again sunk what was an early lead on the public.

The “max profit” season-long picks averaged 8.1 wins, and the “win the week” top picks averaged 7.3 wins, compared to a public average of 8.5 wins in Week 5.

There have been some small but interesting line moves early in the week, particularly considering several have moved against the publicly popular sides.

Let’s cover some key ones for pick’em.

This one opened at Cleveland -3 and then immediately moved down t0 -2.5 on Monday. However, it moved back to -3 today.

Arizona is a popular underdog pick in spread pools (where the public tends to go favorite-heavy). Over half of all entries in game-winner pools are taking the Cardinals.