NFL Week 6 features a lot of close matchups, which means multiple opportunities to pick favorites that are being underrated by the public. 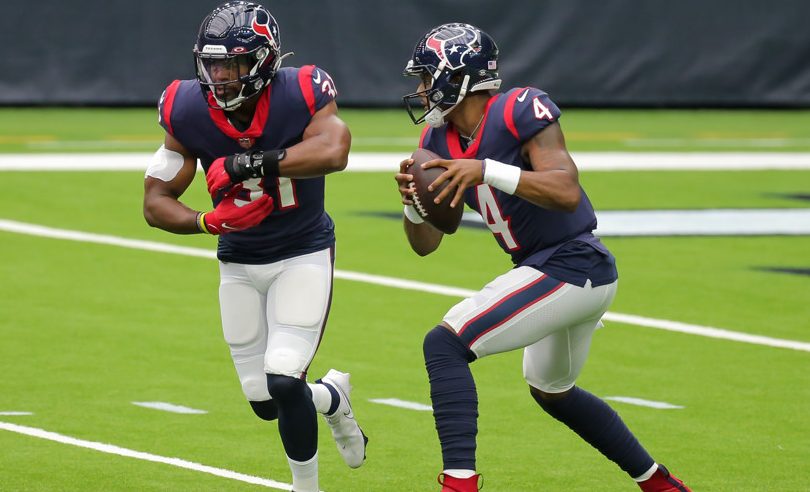 Last week’s games featured lots of big favorites, and as a result, there weren’t as many value plays as usual in pick’em pools.

This week, though, is the opposite. There are only a handful of big favorites, and in 10 games the point spread is currently 3.5 points or less. That means a lot of opportunities to gain ground on your opponents, if the right games go your way.

As you start to think about your NFL Week 6 picks, the analysis below will help you make smarter decisions in your private NFL office pool or in online contests like ESPN Pigskin Pick’em, Yahoo Pro Football Pick’em, and CBS Sports Football Pick’em.

Last week, we only identified three potential value picks among the limited number of games with smaller point spreads. And as it turned out, by kickoff in all those games, the point spreads had shifted to remove most of the value on two of them.

Tampa Bay dropped to a 3.5-point favorite by kickoff, presumably as a result of offensive receiver injuries, and lost a close 20-19 game to Chicago. Meanwhile, we identified Indianapolis as a value favorite on Tuesday, but by Sunday, the line had shifted 3.5 points, and the Browns were favored, and won the game.

(Keeping track of betting line moves like that is a key benefit of our product, as many subscribers in season-long game winner pools that updated their picks before the Sunday kickoffs saw picks flip to Cleveland.)

Our value upset pick of Minnesota came oh-so-close. The Vikings had the lead and the ball near the Seattle goal line late, but got stuffed on 4th and 1 trying to seal the victory. Russell Wilson and Seattle then marched the length of the field, converting two big fourth downs, including the game-winning touchdown, to win by a point.

As we noted, there are more close games by the point spread this week compared to last week, and the pick popularity so far has revealed some solid early values in Week 6.

The pick below may not be significantly underrated by the public, but compared to other favorites this week, they are a relative bargain in terms of pick popularity. Think twice about picking against them; there are smarter upset pick opportunities on the board.

The Ravens have the highest win odds of the week, and are tied for the largest spread when they make the short trip to Philadelphia. But the public is picking the upset in this game 14% of the time, which is twice as often as they are picking upsets in the other larger spread games this week (New England, Miami, and Indianapolis).

As a result, it makes sense to slot the Ravens in at higher confidence this week.

2020 NFL Week 6 features several favorites that the public is picking at a lower rate than their chance to win. These types of teams are as close to no brainer picks as you can get in NFL pick’em contests, since you can take the team that’s expected to win, yet still “fade the public” (in relative terms, at least) at the same time.

Yes, yes, the Chicago Bears are now 4-1. But the Panthers are on a three-game winning streak of their own, and it doesn’t appear to be a fluke. They have had great passing numbers in the first year with Teddy Bridgewater at QB and Joe Brady at offensive coordinator, and just won at Atlanta.

Carolina is the 3-point favorite in this one, with 60% win odds against the Bears. The public, though, is more evenly split on this game, taking the Panthers 53% of the time. That makes for a solid situation of grabbing the field goal favorite and being able to distance yourself from a good chunk of your pool if the Panthers prevail.

It’s possible that the public has not fully processed the injury to Dallas QB Dak Prescott here, as the Cowboys have 56% pick popularity in the early going. But it’s the 3-2 Arizona Cardinals who are now the 3-point favorite, with 55% win odds.

This is one game to keep an eye on, to see if the public opinion shifts as the week goes on. But right now Arizona is a value play this week.

San Francisco just got smashed at home by Miami, and has now started 2-3 despite being a heavy favorite in most games and having a favorable schedule to start the year. The defense has been wrecked by injuries, and last week, QB Jimmy Garoppolo got benched at halftime after two bad interceptions in his first game back from an ankle injury.

We may not believe in Super Bowl curses, but the 49ers have not shown to be playing anywhere near the level of 2019 so far, and may be getting a little too much respect here.

Meanwhile, the Rams are now 4-1, and have looked more like the team from 2018 than the version that missed the playoffs last year. After San Francisco’s poor start, the Rams are the betting favorite in this one (by 3.5 points) with over 60% win odds, but the public is again more evenly split, at 54% for the Rams and 46% for the 49ers.

Tennessee blew out Buffalo 42-16 on Tuesday, but the game swung on a few key plays. The teams finished with roughly equal yards and first downs, but Josh Allen threw two costly interceptions, and a late fumble on a kickoff allowed the game to get out of hand. Now sitting at 4-0 and coming off a big win, Tennessee is a very popular choice against the Texans (85%), even though the early line is only Tennessee by 2.5 points.

For perspective, that’s nearly as many entries picking Tennessee as are picking Baltimore, the largest favorite of the week. The Titans are second-smallest favorite in Week 6.

Houston bounced back last week with their first win, after firing head coach Bill O’Brien and replacing him with Romeo Crennel, and these teams are closer than their current records (1-4 for Houston, 3-0 for Tennessee) suggest. Houston has played a tough early schedule, while Tennessee, before winning big against Buffalo, had narrowly won three games against teams that are a combined 3-11 so far.

Given the extreme public popularity difference, Houston is an attractive value opportunity for an upset pick.

Get All Our NFL Week 6 Picks For Your Pool

The Week 6 pick opportunities highlighted in this article are based on data from our Football Pick’em Picks product, which provides objective game predictions and projected opponent picking trends for every game.

Note that we are not saying that you should make all of the picks we list above — the upset pick especially. The best Week 6 picks for your NFL pool depend on strategy factors such as your pool’s size, rules, and prize structure, plus situational factors like your current place in the standings and the number of weeks left.

What we are saying is that the teams mentioned in this post provide some of the best opportunities to differentiate your Week 6 picks from your pool opponents, by taking on only a modest amount of risk, or no additional risk at all.