Week 4 of the 2022 NFL season is here, and we have several value favorites showing up in your pick'em pools. 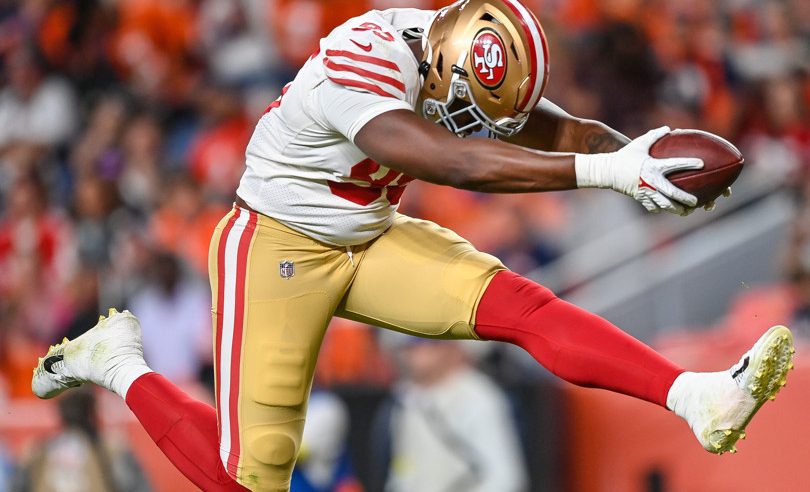 We move on to Week 4 in NFL pick’em contests after three really good weeks of playing against the public. We have only two undefeated teams (Philadelphia and Miami) and one team that has started 0-3 (Las Vegas) after just three weeks of action, as the NFL has been very balanced so far.

We plan to periodically update to this post through Sunday of Week 4, so check back for updates. Here’s what’s available now:

Below are some picks initially setting off the value radar for Week 4 in game-winner-based NFL pick’em contests. Things are bound to change as kickoffs near, but it’s worth keeping an eye on them.

The public is on the 3-0 Dolphins, but Cincinnati is the home favorite by more than a field goal on Thursday night. That makes Cincinnati a high-value pick to start the week.

The Dolphins are a bit fortunate to be 3-0. Buffalo outgained them by nearly 300 yards, but the Dolphins held on for a close victory despite a butt punt. The week before, they had the big comeback against Baltimore.

Cincinnati, meanwhile, is a few plays away from being 3-0. Instead, it lost in overtime to Pittsburgh and on a last-second field goal against Dallas.

Take the public discount here and stay on Cincinnati.

Niners-Rams is another game where the public is on the team with the better record so far, but the home team is favored. This is also a matchup that has favored San Francisco in recent years, as the 49ers are 6-1 against the Rams over the last three seasons. (The one win for the Rams was in last year’s NFC Championship Game.)

Over that span, the Rams have averaged only 301 total yards per game against the 49ers. San Francisco’s defense has frequently frustrated the Rams.

The Rams’ offense has also been struggling despite their 2-1 start. They are 25th in total yards after three games.

You also may be getting a discount here because the 49ers just played on Sunday Night Football and lost in an ugly game. Grab that value and stick with the favorite in this matchup.

By reputation, the public sees Arizona as the superior team here. But the numbers so far do not support that.

Carolina presents a good value opportunity in all game-winner formats against the public this week.

These aren’t your slightly older brother’s Steelers. They have remained popular each week with the public, which means they’re now providing a value opportunity picking against them for the third week in a row.

Pittsburgh’s defense isn’t quite as dominant as it could be with star DE T.J. Watt out. (Safety Minkah Fitzpatrick is also in the concussion protocol.) Meanwhile, the offense still has Mitch Trubisky at quarterback. Even though he was a little better in the first half against Cleveland, he is still averaging only 5.5 yards per pass attempt and is rarely pushing the ball downfield.

The Jets are the underdog here, but going against a limited opponent with a struggling offense makes for an appealing upset play, particularly with the public heavily on the Steelers.

Cleveland is coming off the Thursday Night Football win over the Steelers in prime time. Meanwhile, the Falcons have somewhat quietly been competitive in every game, and they just beat Seattle on the road.

It’s also worth monitoring Cleveland DE Myles Garrett’s health. He was involved in a car crash Monday and was released from the hospital. But it was still a significant crash that involved a rollover, so he may be limited in practice as he recovers.

Without him, Cleveland should probably be the underdog, as Garrett is one of the best pass-rushers in the NFL. Either way, this one is closer than the public thinks, as it’s one of the shorter spreads on the board in Week 4.

Week 3 provided more upsets of the teams the public thought were the most invincible, as Kansas City (97% popularity), the Chargers (92%) and Buffalo (87%) all lost as three of the four most popular picks this week.

Before we get to the rest of Week 3, we’ll note that all of subscribers’ reported Week 2 results are now in. The Week 1 (19.9%) and Week 2 (18.9%) win rates have been very good, but we do want to put the disclaimer that these are not typical.

How not typical? Here’s how many total weeks that subscribers reported weekly win rates higher than 15% in recent seasons in NFL pools:

That’s an average of three weeks per season with win rates that high. So don’t expect this every week.

With that said… it looks like win rates could be very good again for Week 3. So let’s get to the results.

In game-winner pools, the public averaged 8.2 wins in Week 3,  with a typical entrant again barely clearing the .500 mark in most pools yet again.

Carolina, Atlanta, Green Bay, Denver, and Dallas were all toss-up type games where the far less popular side prevailed. Jacksonville was a big upset value pick, as the public was still heavily on the Chargers.

Overall, the season-long “Max Profit” picks (9.1 wins) and weekly picks (12.7 wins on average) again came out ahead of the public. The weekly prize pool picks beat the public by 4.5 wins on average thanks to all of those toss-up and slight upset picks that hit. So while we just had the disclaimer about win rates, it looks like Week 3 could be a big one in weekly contests.

We are entering broken record territory early in the season, but the public got smoked again in Week 3. It wasn’t quite as bad as Week 2, but the public average of 7.8 wins still comes in below .500.

Our pick recommendations averaged 11.0 wins in season-long max-profit picks. Meanwhile, weekly picks, which tend to also account for public pick popularity more to differentiate, averaged 10.6 wins. With those results being about three wins better than the public average, we can again expect a fair amount of you to report weekly wins in spread pools.

In pick-five-type pools, our playable model picks went 6-0-1 against closing lines. Subscribers in those type of pools likely also fared well as a group, depending on which specific contest lines and picks were recommended.