Week 4 kicks off with Cincinnati and Jacksonville, while the point spreads in several matchups on Sunday have tightened up a bit. 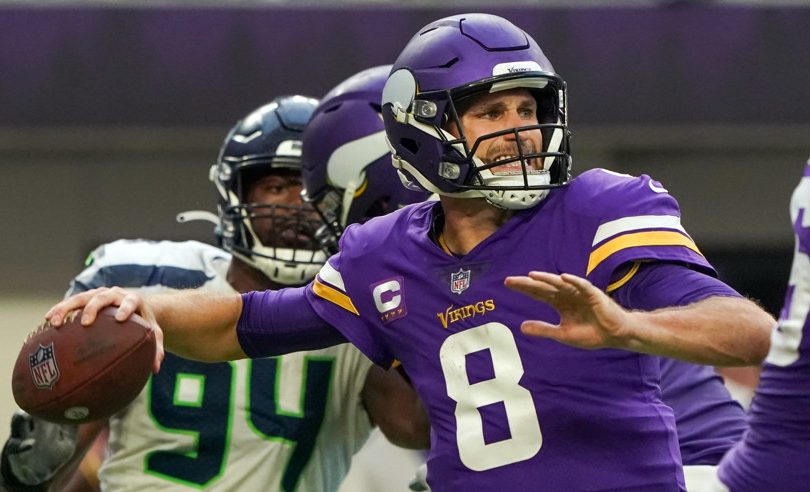 Week 4 of the 2021 NFL season features a handful of intriguing matchups. The undefeated Los Angeles Rams and Arizona Cardinals will clash in an NFC West showdown, while Tom Brady will make his highly anticipated return to New England.

Here, we’ll track Week 4 news and discuss the implications for maximizing your edge in NFL and college football pick’em contests. We’ll also provide some of the rationale behind picks potentially recommended by our Football Pick’em Picks product.

We will continue to add to this post until Sunday of NFL Week 4 arrives, so check back for daily updates. Here’s what’s available now:

Enough of the public is going with Carolina to provide solid value on Dallas. The Panthers are off to a 3-0 start, but they did lose both RB Christian McCaffrey and CB Jaycee Horn to injuries last Thursday night.

The Broncos are off to a 3-0 start, but more than half of the public is picking the Ravens so far. Denver is the slight favorite, so you’re getting some value against the public by sticking with the favorite here.

Chicago looked bad on offense in Justin Fields’ first career start last week, while Detroit almost beat Baltimore. So the public is more evenly split on this one than the win odds, where Chicago is favored by a field goal at home.

For the third week in a row, Minnesota makes the value list as an underdog. The Vikings won last week after missing a game-winning field-goal attempt in Week 2.

Of the six teams favored by a field goal or less in Week 3, Cleveland is the most popular favorite at 68%. Going with the Vikings will thus provide some value in weekly pools.

The Kansas City Chiefs have been one of the most popular picks over the last few years, so we rarely get to highlight them. But while they are still very popular this week, everything is relative.

Among the seven games where the point spread is 6.5 points or more this week, the Chiefs are the least popular favorite. Meanwhile, we have them with the second-highest win odds, making them a solid high-confidence-point selection this week.

Week 3 NFL results were a mixed bag. For the second week in a row, late field goals swung the week in game-winner pools, and largely went again the value plays and in favor of the public.

These were the highest-leverage results in game-winner pools in Week 3:

The three losses on that list were all decided in the final moments of the game on field-goal makes. The Atlanta and Green Bay wins were costly in all types of pools, while Miami was a weekly contest value play.

In spread pools, a few results flipped the week late. Arizona roared back from a two-score deficit in the second half to covering late as Jacksonville turned the ball over repeatedly.

When the public is picking one side 75% or more of the time in ATS pools, that team is 1-5 so far this year.

Last week, the Las Vegas Raiders were the first team to be picked by more than 80% of spread pool participants. They won, but they failed to cover in OT since they won by only a field goal against Miami.