NFL Week 4 offers only one underrated favorite to pick, but there's another great value play on the board — if you can stomach it. 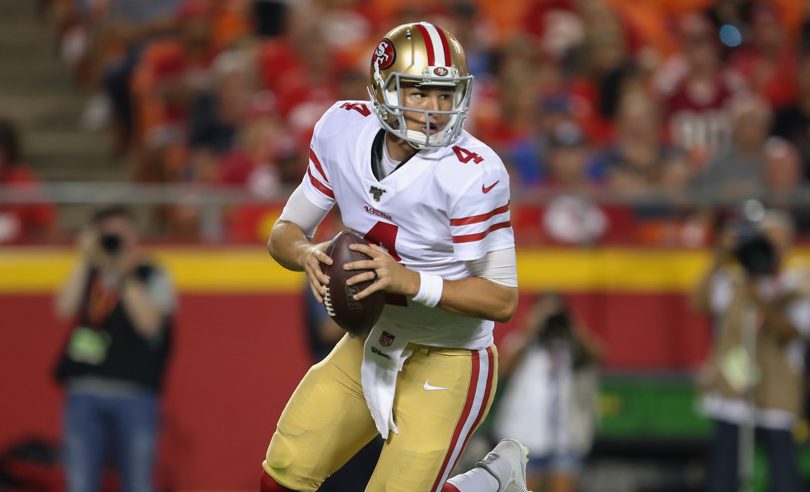 We’ve hit the “which NFL coach will be fired first” portion of the 2020 season, as eight different teams have still yet to win a game. One team, the New York Jets, stand out as among the worst. Remember last year, though, when the Dolphins looked like one of the worst teams in the history of the NFL after three weeks, yet went on to finish with five wins.

As you start to think about your NFL Week 4 picks, the analysis below will help you make smarter decisions in your private NFL office pool or in online contests like ESPN Pigskin Pick’em, Yahoo Pro Football Pick’em, and CBS Sports Football Pick’em.

Last week was a mixed bag for value picks, with the four favorites we highlighted giving up about 0.4 wins to the public after a very strong Week 3. The Patriots and Bills won, but the Saints and Ravens closed out the primetime games with home losses in key conference showdowns, to drop those picks to 2-2.

On a bright note, the upset pick of Miami over Jacksonville for weekly pools did hit, with the Dolphins winning comfortably to open the primetime games. The public only picked the Dolphins 15% of the time, so if you include that game all five value picks delivered 3 wins vs. only 2.6 for the public.

Overall, it’s slim pickings in terms of underrated favorites this week, but there are a couple upset picks that offer big rewards if taking the risk makes sense in your pool.

The Ravens got handled on Monday Night football by the Chiefs, but they have been dominant against non-Kansas City teams with QB Lamar Jackson at the helm, and still have the highest win odds of the week going against the Washington Football Team.

They make this list because a small fraction of pick’em entries (3%) are picking the upset here. That may not sound like many, but it’s more than the number of entries picking upsets of the Rams or Packers this week, and almost identical to the number picking the Seahawks to lose. Yet Baltimore has the best chance to win.

You shouldn’t overthink this one. Set the Ravens for a top point play if you are in a confidence pool, and hope that the Monday Night result biases at least some people in your pool to take a huge risk with Washington.

The 49ers are being picked by 90% of the public to beat the Eagles. That’s about the same rate as the public is picking the Saints and Cowboys, two teams favored by far less; the 49ers are a 7-point favorite while the other two are favored by 4 points.

The 49ers destroyed the Giants last week, and looked just as good with Nick Mullens at QB as with Jimmy Garoppolo. So it’s a bit surprising that the public isn’t even higher on San Francisco here.

If you are going to take a risk on a longshot upset, there are smarter risks to take than picking against the 49ers at home this week.

2020 NFL Week 4 features one favorite that the public is picking at a lower rate than their chance to win. These types of teams are as close to no brainer picks as you can get in NFL pick’em contests, since you can take the team that’s expected to win, yet still “fade the public” (in relative terms, at least) at the same time.

It appears that the public is all aboard the Chicago Bears 3-0 train, and perhaps still has some lingering doubt about the Colts from their Week 1 upset by the Jaguars.

This marks the second time already this year that Indianapolis is the betting favorite and is unpopular; the Colts were also being picked by only 30% of the public back in Week 2 when they played the Vikings. This week, Indianapolis has 55% win odds but is only being picked 39% of the time so far against the Bears.

Since their Week 1 upset loss, the Colts have dominated the Vikings and Jets, while the Bears have slipped by a soft schedule in very close fashion through three games.

When you play the value game, you can sometimes end up on the side of teams like the Jets. They have looked awful through three games, and head coach Adam Gase may be fired if they don’t improve soon. Only 26% of the public is taking the Jets at home this week.

But the other side of the equation is who they are playing. The 0-3 Broncos look like the shell of the team that started the season due to injuries. Tampa Bay trounced the Broncos at home in Week 3, and Denver will be starting its third quarterback in four games, as the team announced that Brett Rypien will make his first career start this week.

The public may be picking heavily against the Jets, but the line moved from them being an early 2-point underdog to now a pick’em. We have this one at 51% for the Jets.

Given that you have a quarterback on another bad team making his first career start, and the public is so wildly on the other side, taking a chance on the Jets here is worth a look.

The Carolina Panthers are coming off their first win of the season, at the Chargers, and return home to get the Arizona Cardinals. In this battle of two former Big 12 head coaches (Matt Rhule of Baylor/Carolina and Kliff Kingsbury of Texas Tech/Arizona), the Panthers are only a 3-point home underdog. But the public isn’t giving them much of a chance, taking them only 12% of the time.

Our models put their win odds at 41%, and that large difference between win odds and pick popularity is the largest of any team this week. If you are in a weekly pool, taking a chance on the Panthers to win again provides some value to differentiate you entry and shoot you ahead of others if they pull the mild upset.

The Week 4 pick opportunities highlighted in this article are based on data from our Football Pick’em Picks product, which provides objective game predictions and projected opponent picking trends for every game.

Note that we are not saying that you should make all of the picks we list above — the upset picks especially. The best Week 4 picks for your NFL pool depend on strategy factors such as your pool’s size, rules, and prize structure, plus situational factors like your current place in the standings and the number of weeks left.

What we are saying is that the teams mentioned in this post provide some of the best opportunities to differentiate your Week 4 picks from your pool opponents, by taking on only a modest amount of risk, or no additional risk at all. We also call out matchups where picking an upset is almost certainly a bad idea.

Get All Our NFL Week 4 Picks For Your Pool

Once you know the best value opportunities of Week 4, you can typically increase your odds to win your pick’em pool by taking a calculated risk or two (or more). If you’re in a confidence pool, for example, it may be wise to bump up the number of confidence points you assign to a value pick like Indianapolis.