NFL Week 3 provides several value pick opportunities in pick'em pools, thanks to an assist from the results of last week's primetime games. 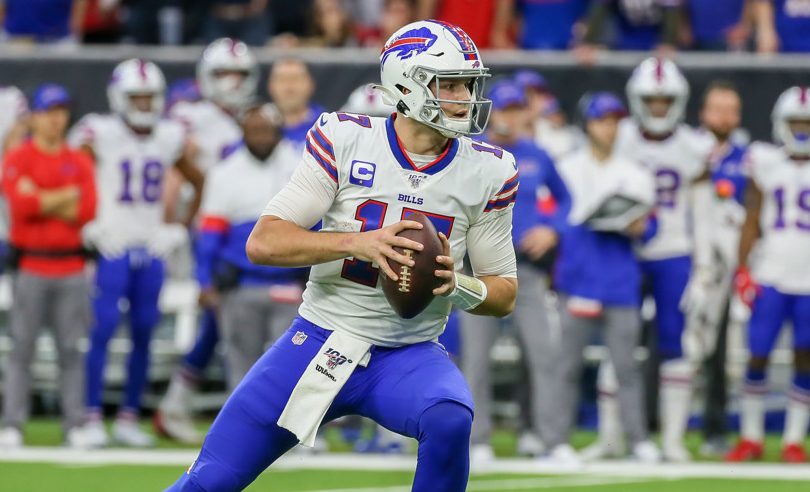 After a wild opening week with plenty of upsets, last week went the other way with favorites dominating — though there were plenty of close calls. In the end, Lady Luck came up for the Raiders in their Las Vegas opener, making them the biggest underdog of the week (and one of only two dogs in total) to prevail.

Meanwhile, some teams that got off to poor starts last week, like the Browns and Colts, bounced back with wins.

As you start to think about your NFL Week 3 picks, the analysis below will help you make smarter decisions in your private NFL office pool or in online contests like ESPN Pigskin Pick’em, Yahoo Pro Football Pick’em, and CBS Sports Football Pick’em.

Last week was a week for the favorites, up until Monday Night Football at least. In total, 14 of the 16 games were won by the closing betting market favorite, with the only two upsets being Las Vegas and the Los Angeles Rams, which both count as more mild upsets.

Several other teams came close to adding their name to the upset board, including the Chargers, who took Chiefs to overtime. But it was not meant to be.

For the picks that we highlighted in our Week 2 column, it was a solid week overall. We noted that Tampa Bay, Cleveland and Indianapolis were all being underrated by the public. In the end, the public ended up getting an average of only 1.7 correct picks from that trio of games, so our 3-0 result there was big.

On the down side, the unpopular Eagles play in a game that was closer to a toss-up did not pay off, so we gave up a bit of the gains there. And the long-shot Lions, who were only recommended in very large weekly prize contests because they were a big value gamble, did not come through.

In season prize oriented game winner pools, the performance of our Football Pick’em Picks product soundly beat the public. Our recommended picks to subscribers in those pools averaged 14.0 wins, compared to 12.6 wins on average for the public.

Favorites At A Reasonable Price

The Las Vegas Raiders are coming off a big win in their home opener over the Saints in primetime, while the Patriots lost to Seattle by the slimmest of margins (a Cam Newton goal line stuff by the Seattle defense on the very last play of the game) the previous night.

Primetime game results can provide the fuel for a value pick opportunity the next week if the public reacts strongly, as this game fits the bill.

New England has win odds of 71% in this matchup as a 6-point favorite. In the four other games in which a team is favored by between 6 and 7 points this week, the public is taking the favorite over 90% of the time, but the Patriots only have 76% pick popularity.

Put another way, the public is picking a Raiders upset more than twice as often as other similar long shots this week. Trendy upset picks like Las Vegas mean less reward for still taking on a lot of risk, and that’s a situation you want to avoid.

The Bills and Rams face off in a showdown of 2-0 teams. With the game in Buffalo, the Bills opened as a 2-point favorite, and have 60% win odds according to our projections. The public is picking them at a similar rate, taking the Bills 60% of the time.

The Rams have gotten off to an impressive start, and convincingly beat the Eagles on the road as a popular public choice last week. Bills QB Josh Allen, though, has also been playing well through two weeks as the Bills racked up 58 points against the Jets and Dolphins.

To be clear, Buffalo isn’t a huge favorite, and the Rams pulling off their third upset in a row would not be a shocker. But compared to other favorites, you’re getting a relatively decent reward here for keeping the odds to win in your favor.

2020 NFL Week 3 features several favorites that the public is picking at a lower rate than their chance to win. These types of teams are as close to no brainer picks as you can get in NFL pick’em contests, since you can take the team that’s expected to win, yet still “fade the public” (in relative terms, at least) at the same time.

The Monday Night showdown in Week 3 looks like a preview of the AFC Conference Championship, and the winner will have the upper hand in playoff tiebreakers. The public understandably loves the defending Super Bowl champion Kansas City Chiefs, who have now won 11 straight games including the postseason.

The Ravens are no slouches themselves, though, following up last year’s 14-2 record with a 2-0 start where they outscored the Browns and Texans by 49 combined points. Kansas City struggled to give Patrick Mahomes time in the pocket against the Chargers last week, and he completed less than 60% of his passes and averaged less than 6.5 yards per attempt in a comeback win.

Baltimore gets this game at home, which helps make them a favorite of 3.5 points in the betting markets, with roughly 63% win odds. (So far, there hasn’t been any noticeable difference in home field advantage in 2020 compared to other seasons.) Meanwhile, the public is only picking the Ravens 59% of the time, providing a little sweetener for sticking with the favorite here.

The recency bias bells are ringing for this matchup. The Saints are coming off a road loss at Las Vegas on Monday Night. The Packers have been a public darling through the first two weeks, and now go on the road after blowing out the Lions.

The Saints are still the 3-point favorite in this one, though, with right around 60% win odds. Yet the public is giving a slight lean to the Packers, with Green Bay drawing 57% of early picks. That means you can get the favorite at a slight underdog or toss-up price.

There was plenty of talk of Drew Brees looking his age against the Raiders, but it would be unwise to completely discount a team like New Orleans based on one early game result. The Saints went 6-0 when Brees was out injured last year and still have plenty of weapons.

If you’re going to make a gamble on an underdog, you need to make sure that the potential reward if you get it right — that is, how much your odds to win your pool will increase — is big. Take a bunch of extra risk to make a super trendy upset pick, and the joke is on you.

The pick below is definitely not appropriate for all pools. If you’re in a smaller, season-long pool, it’s probably not worth the risk. However, it should be seriously considered for single-week contests or if you only care about weekly prizes.

Remember back when everyone thought the Jaguars were the worst team in football, and they were the most popular team to pick against in survivor pools? That was two whole weeks ago.

But with Jacksonville only a 3-point favorite over Miami, a whopping 86% of the public is on the Jaguars. (Contrast that popularity with New Orleans and Baltimore, who are favored by similar margins yet only drawing 40-60% of the public’s picks.) So a very realistic Dolphins upset would provide a boost over the vast majority of your opponents.

Plus, with the game happening on Thursday night, players in weekly prize contests who can still change their picks for Sunday games would get the opportunity to make future adjustments based on whether this initial gamble comes through.

If you want a slightly less risky upset pick and can stomach banking on a Vikings bounce-back after last week, Minnesota gets Tennessee at home as only a 2.5-point underdog, yet is drawing only 28% of the public’s picks so far.

The Week 3 pick opportunities highlighted in this article are based on data from our Football Pick’em Picks product, which provides objective game predictions and projected opponent picking trends for every game.

Note that we are not saying that you should make all of the picks we list above — the upset picks especially. The best Week 3 picks for your NFL pool depend on strategy factors such as your pool’s size, rules, and prize structure, plus situational factors like your current place in the standings and the number of weeks left.

What we are saying is that the teams mentioned in this post provide some of the best opportunities to differentiate your Week 3 picks from your pool opponents, by taking on only a modest amount of risk, or no additional risk at all. We also call out matchups where picking an upset is almost certainly a bad idea.

Get All Our NFL Week 3 Picks For Your Pool

Once you know the best value opportunities of Week 3, you can typically increase your odds to win your pick’em pool by taking a calculated risk or two (or more). If you’re in a confidence pool, for example, it may be wise to bump up the number of confidence points you assign to a value pick like Baltimore or New Orleans.