NFL Week 15 offers an intriguing set of contrarian upset picks, which is a good thing if you need to make up ground in your pick'em pool. 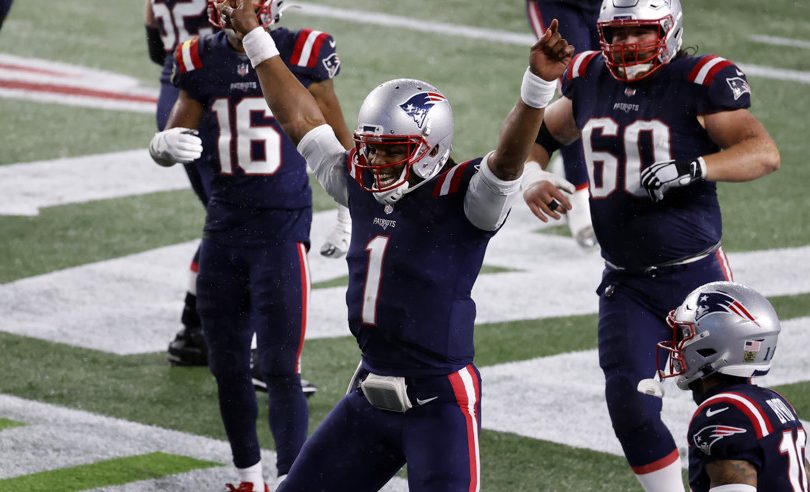 Entering NFL Week 15, it’s hard to believe that there are only three weeks left in a season unlike any other we have seen. At this point, you should have a pretty good idea where you stand in your NFL pick’em pools.

Time To Adjust Your Pick Strategy?

Depending on your place in the standings, you may now benefit from adjusting your pick strategy depending on what your goals are, and what you need to do over the last three weeks to secure a prize position.

We have an article discussing end-game strategy in football pick’em pools that may help you think through some of the decisions you may need to make.

(For example, you don’t want to make the same types of picks if you are leading your pool, than if you are several points outside of a prize position.)

As you start to think about your NFL Week 15 picks, the analysis below will help you make smarter decisions in your NFL office pool or in online contests like ESPN Pigskin Pick’em, Yahoo Pro Football Pick’em, and CBS Sports Football Pick’em.

Last week’s highlighted picks went 4-2, with the top four value picks (Chiefs, Cowboys, Bills and Colts) all winning. The Texans lost in Chicago as an unpopular tossup, and the higher-risk value upset play of the Giants also lost.

For those same six games, the public averaged 3.8 wins, so our performance again put us further ahead of the masses.

As usual, we’ve assessed the Week 15 picks below according to where they fall on the risk vs. reward spectrum.

This week has three different groups of games, all with roughly equal number of games:

Our first game is the division matchup between the Patriots and Dolphins, where the public is very heavily on Miami, even though the spread on this one is about even. In fact, it’s the closest game by point spread this week, and the only game with a spread under a field goal right now.

With the pick distribution going 5 to 1 in favor of Miami, New England provides a great differentiating pool pick if you are needing to make up a small amount of ground on a leader in your pool.

The Patriots are playing to keep alive any long shot hope of a playoff berth, while Miami is also in what amounts to close to a must-win game for their playoff chances. But the point spread in this game, which used to be New England +2.5, has recently moved in New England’s favor.