Week 13 of the 2022 NFL season heads to December with the value picks coming in heavily this week, as injury news emerges. 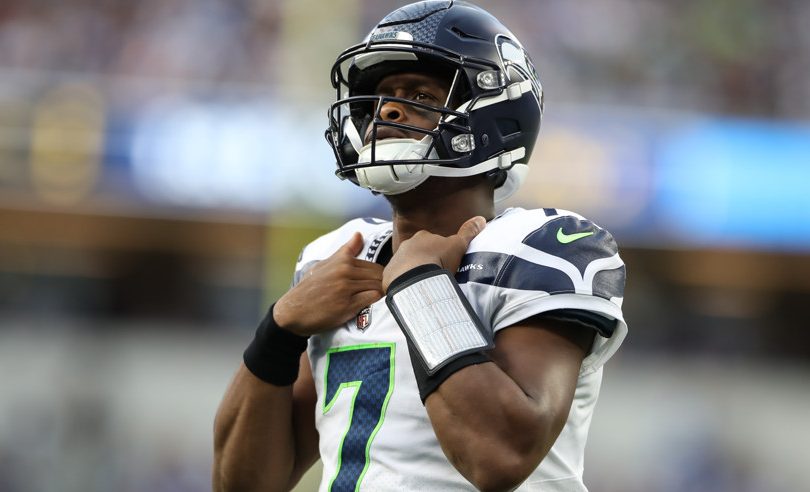 Week 13 in NFL pick’em contests moves us into December and closer to the stretch run, as we have six weeks remaining in the 2022 NFL regular season.

We plan to periodically update to this post through Sunday of Week 13, so check back for updates. Here’s what’s available now:

Here are some value picks we are seeing early on for Week 13. There are lots of values showing up this week, so the best ones could shift as the week goes on.

It’s pretty rare to get a value favorite in NFL pools with a spread over a touchdown, but that’s what we have this week. The defending Super Bowl champion Rams are a shell of themselves, and they will likely be without QB Matthew Stafford, WR Cooper Kupp, DT Aaron Donald, and more. Four teams favored by five points or fewer are more popular than the Seahawks right now.

The Jaguars are actually the slight road favorite in this matchup, but the public is heavily on the Lions in this game, impressed by their recent form. But Jacksonville has a positive point differential on the year and is coming off its own big win over Baltimore.

San Francisco is a value favorite going against the Dolphins. The 49ers’ defense has been playing really well of late, and the offense is loaded with weapons. The two other favorites with a similar spread as San Francisco (Buffalo and Tampa Bay) are both being picked nearly 90% of the time, showing just how much value there is on sticking with the 49ers.

In a rematch of last year’s AFC Championship Game (and where Cincinnati beat Kansas City twice last year), the public is heavily on the Chiefs despite the close line.

The Steelers have won two of three games since their bye and are better now with DE T.J. Watt back, while the Falcons have lost three of their last four games. Still, the public is treating this one like Atlanta is a stronger favorite, while the spread has moved to a pick’em early in the week.

Week 12 got off to a slow start in some spread pools on Thanksgiving, but ended up being a positive week all around.

In game-winner pools, the public averaged 10.4 wins out of 16 games in Week 12. The heavy favorites generally prevailed, though there were some key upsets in closer contests.

Overall, our season-long “Max Profit” picks finished ahead of the public at 11.0 wins.

Weekly picks finished even better, at 12.0 wins, with Jacksonville’s win over Baltimore being a high-leverage upset, and Cincinnati and Carolina winning toss-up games where the public was more heavily on the other side.

Our pick recommendations in season-long pools finished solidly ahead, at 9.9 wins on average. Our picks fell behind early, as most were on Buffalo, Dallas, and New England against the spread, but roared back on Sunday and Monday. Weekly picks, which also tend to account for public pick popularity more to differentiate, did nearly as well at 9.5 wins. Carolina, Jacksonville, Cleveland, the Jets, Kansas City, San Francisco, and Pittsburgh were all positive results for most entries.

Our picks are designed so that the weekly pick sets take a little more risk and play against the public more, so we should see more variance in the weekly performance.