The Week 11 picks kick off with a Thursday night game between the Patriots and Falcons, and there have been several other notable line moves this week that could impact your picks. 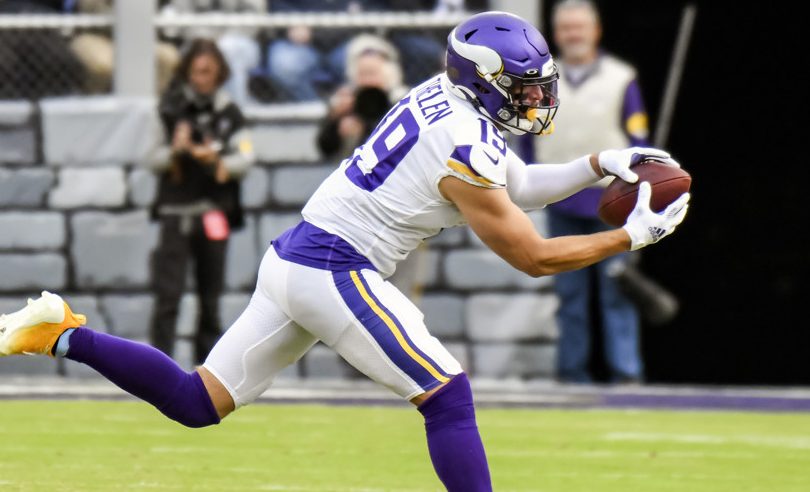 Here, we’ll track Week 11 news and discuss the implications for maximizing your edge in NFL and college football pick’em contests. We’ll also provide some of the rationale behind picks potentially recommended by our Football Pick’em Picks product.

We will continue to add to this post until Sunday of NFL Week 11, so check back for daily updates. Here’s what’s available now:

Here’s our early look at some potential value plays in NFL pick’em pools for Week 11.

Russell Wilson struggled mightily in his first game back from his finger injury. He completed only 50 percent of his passes, averaged four yards per pass, and threw two costly red-zone interceptions.

Seattle was shut out for the first time ever with Wilson starting.

Arizona also struggled without QB Kyler Murray last week in its 34-10 loss to Carolina. But Seattle’s widely televised poor performance means some value on a mild upset this week, where you get Wilson one more week removed from his return.

The Saints-Eagles matchup is one of the closest of the week.

We had both as value plays last week, and the Eagles came through with the road win while the Saints came up just short. However, the Saints were impacted by a bad roughing-the-passer call that took away a red-zone interception and allowed the Titans to score a key touchdown.

This week, the public is unsurprisingly favoring the team coming off a win, but our models give a slight lean to the Saints. They have one of the NFL’s best rushing defenses and get to face a team built around running the ball.

The Browns are a big favorite, and they should be near the top of your confidence-point list. They show up here because more entries are willing to pick the upset in this game compared to other big favorites.

For example, the Titans are nearly identical in win odds and spread, but 99 percent of the public is picking them. While not many entries are picking the upset here, the Lions are being picked seven times as often as the Jaguars are against the Titans.

Again, that isn’t surprising given public biases. The Browns looked bad. The Titans continued to win (while being outgained again). But the spread and win odds account for past results.

Recent history is also full of teams coming off bad performances and winning as big favorites (Dallas and Buffalo last week at relative value, for example) and teams appearing to be on a roll and losing (Dallas and Buffalo two weeks ago, Baltimore and Arizona last week).

So stick with the Browns at higher confidence this week, as others may rank them down a bit.

Minnesota is coming off a big road win against the Los Angeles Chargers and is again a slight underdog, this time at home to the Packers. Our season predictive ratings have Green Bay as +2.7 points better on a neutral field, but this one is Minnesota.

The difference in perception between these two teams is largely driven by close-game performance. The Packers are 3-1 in close games, while Minnesota is 3-5.

So in weekly contests, taking the relatively unpopular Vikings in this rivalry game is a value play.

Just like last week, when they were a similar short favorite against the Raiders, the Chiefs aren’t a huge value play against Dallas. However, they’re a solid pick in both season-long and weekly pools based on relative value.

Sticking with the favored Chiefs is the move in both weekly and seasonal pools if the public is going to be split on this one.

Week 10 continued the upset run in the NFL, as three of the seven biggest favorites of the week lost and another one tied. The public took a beating on some value picks, as popular smaller favorites also lost, making it a solid week in multiple pool types.

In game-winner pools, the public averaged 6.3 wins in Week 10.

The public was fairly split on picking the favorites in New England and Kansas City, with nearly half of pools going with the underdog Browns and Raiders. Meanwhile, the public was heavily on Denver in the toss-up game with Philadelphia. That game closed as a pick’em after the Broncos had been favored throughout the week.

The most popular pick for the public among games where the spread was lower than six points was Monday Night Football, where 92 percent were on the Rams.

The wins by the closer favorites/toss-ups (Chiefs, Patriots, Eagles) made the difference, while the biggest upset value plays split (San Francisco winning, the Saints losing by two to the Titans).

The public again took a beating in spread pools.

According to our data, there were five teams (all favorites) with a pick popularity ATS of 74 percent or higher. All of them failed to cover, with four of them losing outright.

The popular spread losers were the L.A. Rams, Tampa Bay, Baltimore, and the L.A. Chargers. Tennessee won but did not cover the most frequent contest line, winning only by two points while being favored by 3/3.5 points most commonly.

The public averaged 5.7 wins out of 14 games in spread pools for the week.

Most Popular Spread Picks for Week 11

So far, there aren’t games this week with more than 75 percent pick popularity for one side. With that said, here are the most popular choices in spread pools in early pick action.