Strategy For Pick’em Pools With Both Season and Weekly Prizes

Some pools give prizes for both season-long and weekly results. How do you decide which strategy to use in those kind of pools? 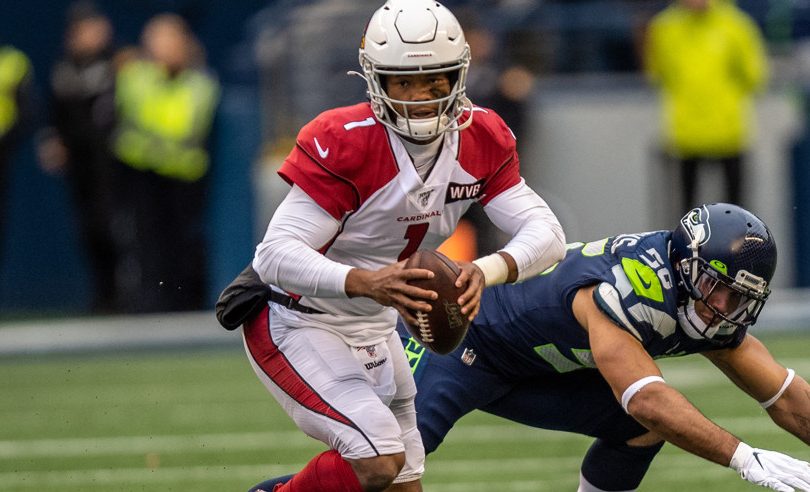 In our article on pick popularity and the differences between season and weekly pools, we illustrated that football pick’em contests that give weekly prizes and those that give seasonal prizes require different strategies. But many pools offer both types of prizes in the same contest. How do you handle those situations?

Our first advice in those situations is to follow the money. That means using the strategy that gives you the highest expected winnings. Often, but not always, this is going to be the season-long prize. But it depends on the specific breakdown of the number of prize slots and distribution of winnings, and how much of the total pot is allocated to the season prizes versus the weekly prize amount.

Let’s go through some quick examples.

Here is the prize setup for our first example of a pool using both season-long and weekly prizes.

In this example, you have a 1-in-50 chance of winning any particular weekly prize, as well as first place in the seasonal prize pool. You also, though, have a 1-in-10 chance of finishing in the money for the seasonal prize pool. Add in that the reward for finishing 1st, 2nd, and 3rd are much larger than the weekly prize amount, and this is a pool that would dictate using a season prize strategy in making picks at the outset. You would have to win four weeks (out of 17) to match what you could win by finishing 3rd in the season-long standings.

Conversely, you could have a different pool with this setup.

If that seems surprising, think about how the weekly prizes could be distributed in this 50-entry pool. We have 17 weeks available to win, and at the end, it might look something like this:

Thus, even though the seasonal prize is still the single highest payout, the greater likelihood of getting some payout from a weekly win, and the potential to win multiple weeks, means the average expected prize share is higher in the weekly category than the seasonal category in this particular pool.

Adapt to Your Place in the Standings

One of the custom features of our Football Picks product is that the strategy suggestions adapt to the changing dynamics of a particular pool.

What does this mean? Well, let’s say you start off with a season prize focus with your strategy in the pool. But at the halfway point, you are 10 games behind the leader, who has gotten off to a fast start. You are sitting outside of the money and multiple games back. Your season prize expectation odds have changed, and it might make sense to switch strategies to maximize your expected winnings.

In this scenario, going to a riskier “win the week” strategy may be appropriate due to your place in your standings. It creates more variance, and if you start to surge, you can always adapt strategies again.

Similarly, let’s say you are using a weekly strategy but get off to a hot start, winning a few weeks, and sitting in first place. If you’re in a large pool and have put a lot of distance between your entry and many others, your odds of winning the season prize have improved. Trying to preserve that position may now become a better play, given the now-higher expected earnings.

Adjusting Strategy for Monday Night Game Based on Results

Some circumstances could arise where you are generally playing for a seasonal strategy, but then find yourself in a great spot to secure a weekly win prize heading into the Sunday Night or Monday Night games.

Conversely, you might have used a weekly prize strategy, but with only the remaining two primetime games left, you do not have a chance to win it that week.

If you have the ability to change your picks on those later games until right before they start, then, there might be some circumstances where adapting your picks to changed circumstances that week is the optimal move.

The current version of our tool doesn’t have a built-in ability to adjust the weekly-prize-oriented picks late in the week to account for the weekly standings before the week has concluded. However, here’s some advice on how you can do that yourself.

If you are ahead

The best strategy is to pick the same team as the entry or entries trying to catch you, as best you can. This usually means the favorites and the popular public choices.

In game winner pools, if you somehow know who your opponent is going to pick, and you are ahead by one win entering Monday Night football, then matching their pick guarantees the result. Even if you don’t match them, if you take the favorite, and they have the underdog, you have forced them to have an upset go their way just to tie you.

In spread pools, if you have an idea who your opponent might take, then matching that pick is again the right decision. When you don’t know their pick, taking the more popular choice increases your chances of matching their pick and locking them out from passing you.

If you are tied

If you are tied in the standings, you generally want to pick the favorite, either guaranteeing a tie, or that your opponent has to have an upset go their way. But this advice depends on the number of teams tied for the lead, the specific win odds in the game, and the pick popularity. The more teams that are tied, the more you could consider playing the contrarian.

For example, if you are in a 5-way tie, with several other entries also just behind you, it may make sense to pick an upset (or in a spread pool, the unpopular choice). Let’s say you can get a team with 40% win odds but only 20% pick popularity. You can win the pool with that upset if no one else picks them AND you block any entries that are one win back who also pick the upset.

The key here is what your expected win odds are. When tied with one entry, you have a 50% chance of winning the week. If tied with four others, though, your chances drop to 20% (assuming everybody has an equal chance to win the tiebreaker), and you can consider a bolder move.

If you are behind

When behind, you must pick a different team than the leader in order to have a chance to win. If your leader is playing logically, they’ll probably pick the favorite. So you should pick the underdog, or in a spread pool, pick the less popular team or team you think the leader is less likely to pick.

Of course, this advice depends on how many entries are ahead of you, what your chances of winning the week are, the size of the underdog, and where you are in the season standings. If you are in a tightly contested pool where you are in first place overall, but you have a small chance of winning the week with an upset because you are trailing multiple entries, it may not make sense to risk hurting yourself in the seasonal standings just for the possibility of that win. When you are outside the money and do not have a great chance of winning the seasonal prize, being riskier here is more attractive.

If you cannot impact winning a prize that week

Finally, if you cannot impact whether you win a prize that week, because you are either too far back or, preferably, have already clinched the weekly win, you can adapt your strategy. In that case, you should typically switch to a season strategy of being more conservative with your pick. This is subject to the late-season caveats, if you are in the end-game scenarios and need to make the pick with a view toward catching a leader with limited chances remaining.

Finally, there are some games that present excellent value opportunities in weekly prize contests, but which may be slight negatives when it comes to seasonal prize pursuit. If you are in a pool where both prizes are available, it may still make sense to take advantage of those value opportunities, even if pursuing an overall strategy of winning the season prize.

For example, in 2019, there were eight games where our projections had a team as the underdog, but with at least 46% win odds, but they were being picked by less than 30% of the public.

These are high leverage opportunities in weekly contests, because they are near-coin-flips where the public is heavily on one side.

By taking one of these slight underdogs, you might be giving away .08 of an expected win (or less), slightly harming your season prize outlook. But that slight impact downward could be offset by improved weekly win odds. (The eight teams highlighted went 5-3 so it was a positive for both types of prize pursuits in 2019).

You would not want to extend this philosophy, though, to games with larger underdogs in a pool where you were pursuing a season prize. If you take a 35% win odds team, for example, you are giving away 0.3 expected wins with just that single pick. With just eight such choices, you give away 2.4 wins on average for the season, which is more likely to make a difference in the final season standings.