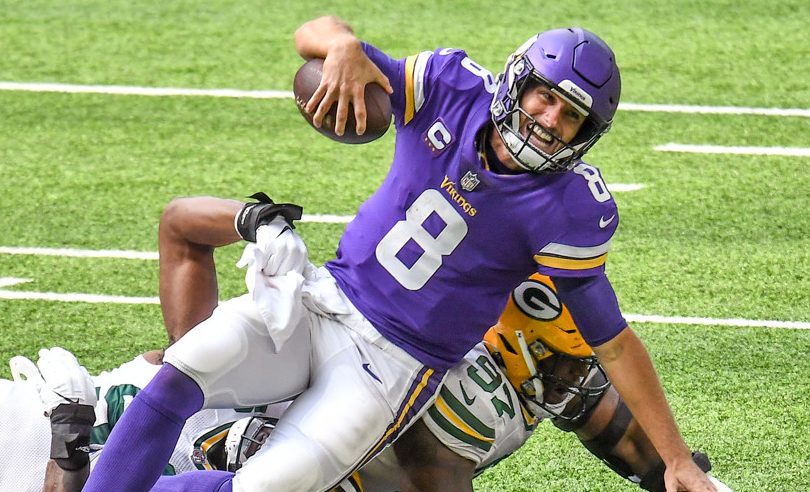 NEW: We’ve launched two free-to-play NFL contests for 2020 (one for premium subscribers, one for non-subscribers), each with over $1,200 in prizes!

Tonight is a huge game on Monday Night Football. The Baltimore Ravens and Kansas City Chiefs are must-see television, and there also might be plenty of pick’em pools on the line.

Some TR subscribers may be in the running for a weekly prize in NFL game winner pools, depending on pool size and whether any competitors caught some great luck. The public average so far is only 8.5 wins, while our “win the season” picks are at 9 wins, and our weekly prize recommendations are also above the public average so far. (The Saints’ loss hurt a bit, as many entries might be in fantastic shape for the week if that result had turned out differently.)

In confidence pools, our highest recommended point totals won, in a week where only 9 total favorites have won so far. So those in confidence point pools may also be in the running for a very solid score this week.

This matchup, though, also makes any strategic pick decisions more difficult. Some of you may be in pools that give both weekly and season prizes, where you might be weighing which strategy to employ if you are close to first entering tonight. We talked about adjusting strategy for Monday Night games within a strategy article, based on whether you were up or down in relation to first place.

Ordinarily, if you were close to a weekly prize and there were a bunch of other entries that were all taking the favorite, you might consider a switch to pick the underdog. However, in this case, nearly half the public is taking Kansas City. The pick rates are very similar to the win odds, where Baltimore is at 58% to win, and 57% pick popularity.

If you have specific intel on your opponent and know their picking tendencies, you can use that information. Otherwise, with a game that is closer to a toss-up both in odds and popularity, it’s best to just go with the recommendation you already have. Good luck!

Week 3 is interesting in that the biggest favorites by win odds are not necessarily the most popular with the public in game winner pools, which is relatively unusual.

Cleveland and New England have the two highest win odds behind Indianapolis, but are the 8th and 12-most popular public choices. That dynamic leads to a lot of really popular teams in that next tier, among teams favored by between 4 and 6 points.

In weekly contests, that might mean you are seeing plenty of value gambles, depending on the size of your pool. In smaller pools, the number might still be only a couple, but as the pool size goes up, there are plenty of options for teams with realistic chances to win (30-40%) but pick popularity under 10%.

The Miami Dolphins jumped on the Jacksonville Jaguars early and never trailed, winning 28-13. Both teams are now 1-2. Yesterday afternoon, we wrote on the blog about some teams like Jacksonville. Jacksonville is the 19th team since 1990 to come into the year with a preseason win total over/under of 6.0 or worse, and then cover the spread in the first two games.

They failed to cover last night, moving the Week 3 mark for those early over-performers to 5-14 ATS. How many season wins did those teams average? You can read more about their outlook in the article.

Looking ahead to Sunday, we have seen some line movement, though nothing that has changed the betting favorites in any games. The line on some popular choices has shifted against public opinion. The Cardinals are drawing 95% of picks in winner pools and 81% in spread pools, but the line has now shifted to 5.5 points (from 6 most of the week).

So far this year, when the public pick rates against the spread have been skewed where one side is being picked 70% or more of the time in Yahoo pools, the “popular” choice has gone 6-6 ATS. That includes Jacksonville last night.

The second-most popular pick against the spread is Tampa Bay (77% of the time). That line has also shifted from the Bucs favored by 6 to by 5.5 points in the last day.

The Thursday Night Football matchup features the Jacksonville Jaguars hosting the Miami Dolphins. The Jaguars move from being a 7-point underdog in each of the first two weeks, to now being the favorite in this matchup. The Dolphins, meanwhile, have been the underdog now for all three weeks after opening with losses to New England and Buffalo, and will be looking for their first win of the season.

The public has pretty heavily jumped on Minshew Mania and the Jaguars in this one, picking them 86% of the time in winner pools. That means that if you are in season-prize contests, you should still get the favored Jaguars as the recommendation in most pools, but could be seeing the Dolphins recommended as a value upset gamble to take in weekly contests.

The public is also strongly leaning on Jacksonville in spread pools (75%), making it the third-most popular side against the spread in Week 3 so far. Our models are pretty close to the line on this one, giving Jacksonville a 50.3% chance of covering. Because of that extreme popularity split, though, you may see the Dolphins recommended as the pick in weekly contest spread pools and those where the goal is max profit for yearly contests. (You can read more about why we might recommend a team in spread pools that we think has slightly under a 50% chance of covering in our Help article “You Want Me to Pick a Team that’s Expected to Lose?”)

The Week 3 Value Picks article is live, if you want to review some of the big games that offer value this week. For our subscribers, though, just know that the primary source for your picks should be your customized recommendations in My Pool Picks for your specific rules. The Value Picks article is written for a general audience (and versions of it appear on some other sites) and is not tailored to your specific rules and situation. Further, as lines and pick rates change, specific pick recommendations could as well.

That said, the teams we identify there should be consistent with what most of you see with pick recommendations. The favorites we identify (value favorites and favorites at a reasonable price) are picks that should be showing up in season-prize pick sets, and should move up the board in weekly contests for those in confidence points pools.

Sometimes, you can find value because the public reacts strongly to what they just saw on primetime, and we see that with this week’s picks following the Monday Night Football game where the Raiders upset the Saints.

Meanwhile, the Raiders are a 6-point underdog going to New England. Around 24% of the public is taking the Raiders to pull the upset. Let’s put that in context. There have been four other games this year where a team was favored by 6 points. The public picked the favorite in those games to win in pick’em pools 93% of the time. The public is over three times as heavy on the Raiders compared to how they normally treat a 6-point underdog. Thus, just by sticking with New England, you have more value and opportunity to gain in a season-long pool.

NFL Week 2 closed with the only significant upset of the week, as the Las Vegas Raiders beat the New Orleans Saints on Monday Night Football to win their first home game ever played in the Sin City.

That result meant that favorites ended up 14-2 for the week. Our season-prize strategy pick recommendations averaged 14.0 wins in Week 2 as well, while the public averaged 12.6 wins in Week 2 in game winner pool formats.

In weekly contests, the relative lack of upsets means that the weekly prize recommendations came in below the season-prize strategy approach for Week 2. Still, on average, our top weekly prize pick set recommendation averaged 12.9 wins, slightly above the public’s pick average in Week 2.

The biggest negative result for our picks was the Rams’ big win at Philadelphia. The Eagles had moved to the betting favorite by game time, and the public was heavily on the Rams. (In contrast, the Raiders’ win over the Saints was not nearly as helpful to the public compared to our picks, as only 14% had the Raiders).

The biggest positive results were the Colts handling the Minnesota Vikings, while the public was 70% on the underdog Vikings, along with the Browns win over the Bengals, where over 30% of the public was picking the upset. Further, the favorites winning heavily meant gaining a little bit of ground on a percentage of entries with each result, against those who picked more upsets. Overall, the gain of 1.4 wins against the average public entry made for a pretty solid week in season-long prize pools. (If we averaged being +0.7 wins better than the public each week, that would equate to about a 12-win edge over the typical pool entry by end of season).

In spread pools, our season-prize picks averaged 7.5 wins, while the weekly pick recommendations averaged 7.6 wins. This is where we should put a major caveat here that those estimates (based on the most common closing lines) might slightly understate the performance since entries can have different lines for the same game, and we could have different recommended sides depending on the lines. If the game result hits a “middle” between two lines, where we recommended the favorite at a smaller line and an underdog at a higher one, there might be a few more wins.

That said, the public average was 8.3 wins this week, so the spread performance was a little below the average. Given that our recommendations can also include value plays based on pick popularity, we often will see that when the public is up, our recommendations are down, and vice versa. Given the volatile nature of spread pools, though, you should expect to see weeks where those swings happen.