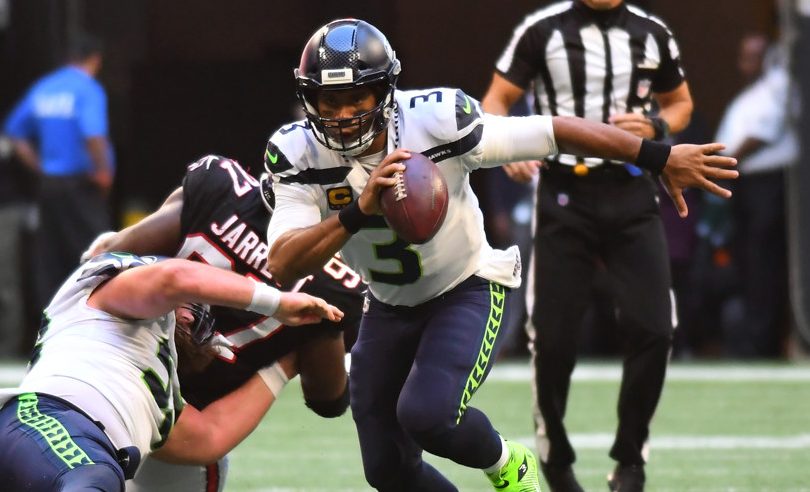 In this post, we’ll analyze the five most popular survivor pool picks of Week 9 2019, using the “Holy Trinity” of pick data we introduced in our first survivor post of the season: win odds, pick popularity, and future value.

This is an early assessment of the Week 9 survivor outlook. If numbers have changed significantly by Friday, we may update it later in the week.

Virtually everyone survived in Week 8. The 12 largest favorites all won, and 99.8% of the public advanced. All of our recommendations advanced as well. But that does not mean everyone is in the same position moving forward. The public went with Minnesota nearly half the time, while our most frequent recommendation was Pittsburgh. The Steelers have very little future value, while the Vikings rank among the top five teams in our future value measure. That means entries with Minnesota available should have an advantage as we head into the second half of the season.

Two weeks ago, the Buffalo Bills and the San Francisco 49ers were the two most popular survivor choices. With Buffalo hosting Washington and San Francisco going against Arizona this week, it’s time for a second take. With nearly 90% of entries taking one of those teams just two weeks ago, though, that means more entries are going to have to look to other options. With that context, let’s analyze the five most popular survivor picks for 2019 Week 9.

The San Francisco 49ers continue to roll, racking up a 51-13 win over Carolina to get to 7-0 on the season. For the second week in a row, the team with the highest win odds of the week will be playing in the Thursday Night game, as the 49ers travel to Arizona.

Their early popularity is also more than twice as much as any other team, which impacts their value this week. Relatively speaking, they also are not as safe for a top choice on the board compared to other weeks this year. Our models put their win odds at 81% and the betting market win odds are at 79%. This is only the second time so far this season where the safest option had win odds under 89% (the other time coming in Week 1, with the Eagles at 79% over the Redskins).

If you don’t use them this week, San Francisco is also going to be one of the safest options in Week 11 (hosting Arizona) and Week 15 (vs. Atlanta).

Roughly two-thirds of entries used Buffalo two weeks ago. So while their pick popularity is at 19% this week, that means that over half of the entries that have the Bills still available are going with them this week.

Their win odds in the betting markets are very similar to San Francisco. Our models are lower on Buffalo, giving them a 74% chance of victory, though that still ranks second this week. Buffalo has not been an offensive powerhouse, scoring under 20 points in over half their games, but Washington is No. 31 in our predictive ratings, and have struggled to score points (average of 7.2 over the last five games).

Buffalo is also going to be one of the safest options in Week 11 when they go to Miami, and in Week 17 when they play the Jets at home.

Seattle’s win odds are around 70% playing Tampa Bay, the team that has knocked out more than 10% of survivor entries twice (with wins over Carolina and the Los Angeles Rams). That’s a drop-off from the safety of taking a team like San Francisco. Seattle also has the highest popularity of the year for a team with win odds below 75%.

Seattle has low future value, but is one of the safer options in Week 16 when they host Arizona.

Green Bay travels to the Chargers, where they are a slight favorite. Their win odds are 59%, which is a significant dropoff from the top two safety options for the week. Roughly 5% of entries are going with Green Bay in this spot, which also makes them fairly popular for a riskier alternative.

At one point, the Jets looked like they were going to be the most popular choice this week, given their availability and low future value. Then, they spent the last two weeks getting outscored 62-15 by the Patriots and Jaguars, while the Miami Dolphins have been more competitive in recent weeks.

As a result, the Jets’ betting market win odds are down to 60% and our models put them at 57%. They do present significant risk playing on the road at Miami. The positives are that they have no future value other than in Week 14 when they host Miami, and if you are in a season wins tiebreaker pool, the Jets would be a valuable team to use.

Get Our Customized NFL Survivor Pick Advice For Week 9

The teams mentioned in this post are the most popular picks this week, but that doesn’t mean one of them is the best pick for you. In fact, there are a few other Week 9 choices that look attractive depending on your pools’ tiebreaker rules, size, and who else you have already used after the first five weeks. But it takes a lot of data and math to figure out which pick (or combination of picks, if you’re playing multiple entries) gives the biggest boost to your expected survivor pool winnings.

Enjoy NFL Week 9, and if you’re in an NFL pool or planning on betting some of the Week 9 games, please check out our NFL Survivor Picks, Football Pick’em Picks, and NFL Betting Picks.