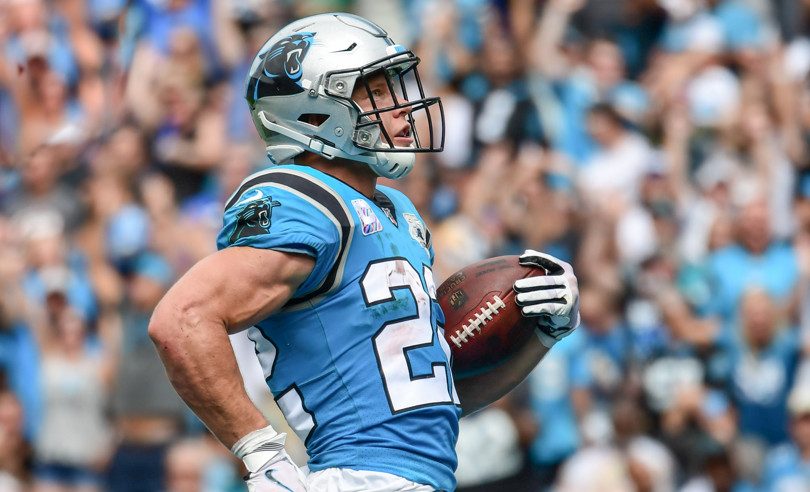 In this post, we’ll analyze the five most popular survivor pool picks of Week 13 2019, using the “Holy Trinity” of pick data we introduced in our first survivor post of the season: win odds, pick popularity, and future value.

This is an early assessment of the Week 13 survivor outlook. If numbers have changed significantly by Friday, we may update it later in the week.

Last week, our strategy of avoiding the extremely popular Browns did not work out for some entries. Our two most common recommendations were the Saints and Falcons. The Saints survived against Carolina after surrendering a big lead, while Atlanta could not come back against Tampa Bay. As a result, 68% of our recommendations survived versus 88% for the public (the public’s biggest losses were Detroit, Atlanta, and Oakland). For the year, 1.7% of the public entries are still alive in standard pools, compared to 6.8% for our recommendations, so our advice is still providing a 4x edge on the public entering Week 13.

Week 13 NFL Survivor Pick Analysis: Do You Have Options Other Than Carolina?

Carolina is the most popular choice in Week 13, because they have not been used much in survivor. Some of the other potential top safety choices are more likely to have been used, but maybe you have them available. Let’s review some of the decisions.

Carolina is tied with Kansas City for the largest point spread of the week, because they get woeful Washington. Washington, though, did beat Detroit on Sunday. The Panthers are getting 44% of public picks in early action, a pretty high number for a team with 80% win odds based on implied money lines, and 76% win odds according to our models.

Carolina is an attractive choice here because this is clearly the best spot to use them (they could be an underdog in all remaining games), and because they are generally available for entries that have already used up the most attractive choices.

But because of that high popularity rate, they also have only modest expected value.

You still may see some Carolina recommendations come up depending on the teams you have used in the past. In addition, larger portfolios may see the Panthers as a “back of the portfolio” team, used a bit less often than the primary couple of options. And in pools where the public pick rate matters less (like those where you make multiple picks), the Panthers are a solid option.

For most of the year, we have suggested taking the Chiefs at a lower rate than the public has picked them, in part because of future value. Well, this is one of the weeks that was always a great spot to save them for. With Patrick Mahomes back healthy and the Chiefs getting the “not-as-good-as-their-record” Raiders at home, it’s time to fire.

Kansas City has the highest EV of the week at their current pick popularity. The betting markets have their win odds in line with Carolina, and our models have Kansas City with the better win odds. The Chiefs do have some value as a play in Week 15 when they host Denver, but if you have some of the other good options available that week, Kansas City becomes a great choice here. The Chiefs should be our most common recommendation this week unless circumstances change.

Green Bay’s pick popularity is only a little lower than Kansas City’s, but there is a large difference in risk. We have them at 67% win odds playing on the road in New York. Add in that they look like a great choice next week when they host Washington, and preserving Green Bay seems like a strong decision here. The win odds would have to change dramatically to shift Green Bay to a recommendation this week and you will likely see our recommendations fading them.

Philadelphia has mostly been already used by the public and our subscribers. They are another great choice this week if available, though. The offense has struggled of late, but they have another week to get healthy, and Miami is a pretty good cure for what ails an offense. Our models give Philadelphia a 78% chance of victory, roughly in line with Kansas City and Carolina. The lower pick popularity also means Philadelphia is a high EV choice, in the same range as Kansas City.

You can expect that we’ll suggest using Philadelphia on many entries that have them available, and right now they are our second most common recommendation behind Kansas City. They do have some future value in the next two weeks when they play the Giants and Redskins.

The New York Jets join the most-popular list, as they face the Bengals on the road. Like the Lions a week ago, they present a higher degree of risk, with win odds of only 60%. They also look like a better option next week when they host Miami. Plus, you would be putting your fate in the hands of the Jets, which is always an emotionally challenging experience.

If you are a survivor pool picks subscriber, you have access to the customized survivor picks for your specific pools. Remember that the information here is written earlier in the week, is a more general summary of the week that may not be applicable to your pool rules, and some information could be outdated by Sunday. It also doesn’t include more analysis beyond the most popular picks, and value can often come from unpopular choices. Pick popularity can change over the course of a week, and injury news and line movements can alter which picks are the best for your pool. So don’t forget to visit our NFL Survivor Picks before your deadline to submit picks, and also visit the Football Pick’em Picks and NFL Betting Picks.