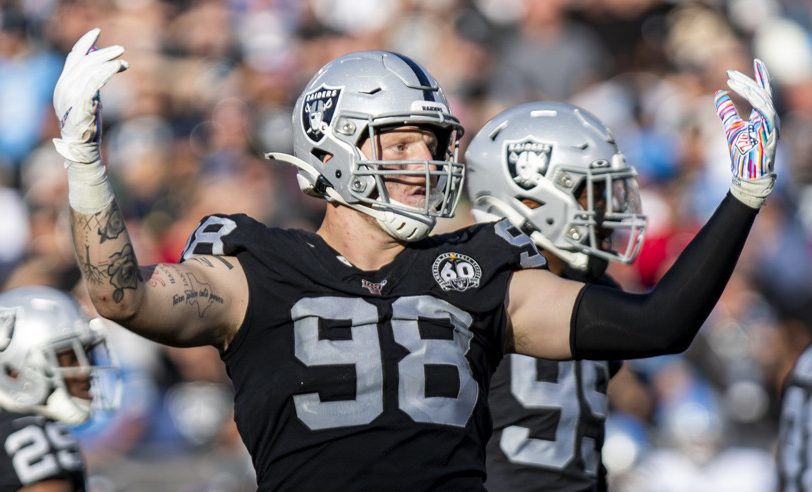 A short note to begin: Now that we’re entering the home stretch of the 2019 season, the full text of our weekly NFL survivor pick article will be available to TeamRankings premium subscribers only. (If you’re already a premium subscriber, just make sure you’re logged in, and you’ll see the full article.)

For those interested in subscribing, we just rolled out a new weekly subscription option, plus we’re offering a special discount on our rest-of-season survivor package, which includes our customized weekly picks for your pools.

In this post, we’ll analyze the five most popular survivor pool picks of Week 11 2019, using the “Holy Trinity” of pick data we introduced in our first survivor post of the season: win odds, pick popularity, and future value.

This is an early assessment of the Week 11 survivor outlook. If numbers have changed significantly by Friday, we may update it later in the week.

Last week was a pivotal week for survivor, and a good chunk of our subscribers saw their fortunes increase dramatically with the results. That is because we advised most of our subscriber entries to avoid picking the Indianapolis Colts or New Orleans Saints. While over 80% of the public picked one of those two teams, less than 20% of our recommended entries were on those two teams. Our most frequent recommendation (23% of our recommendations) was the Chicago Bears, a pick that shot to the top choice on Sunday morning with the news that Detroit Lions QB Matthew Stafford was out. We also recommended the Baltimore Ravens, Tampa Bay Buccaneers, and Kansas City Chiefs to at least 12% of our subscriber entries.

The net result of all of the upsets, including both the Saints and Colts losing, is that only about 12.6% of the public made it through the week, and around 2% of the public is still alive overall. It was one of the biggest elimination weeks of the last decade. We wrote about the biggest elimination weeks in survivor in a separate post, if you want to see where Week 10 ranks historically.

Meanwhile, our recommendations survived at a 61.4% rate, and our subscribers are more than five times as likely to still be alive compared to the general public.

Week 11 NFL Survivor Pick Analysis: the Public is All Aboard the Raiders Train

The Oakland Raiders have jumped to the top of the public charts because they play the Bengals, and because they pretty much have not been an option until now. Of course, when a team is really popular, that generally means you should at least consider other options, so let’s review the most popular choices this week.

The Oakland Raiders are the most popular choice this week in survivor, driven not only by their matchup with the winless Cincinnati, but also by the fact that they have not been in the top five in popularity in any previous survivor week. The Raiders are off to a 5-4 start, but so far have not won any game by more than eight points. Then again, they also haven’t played a team struggling like the Bengals, who replaced Andy Dalton with Ryan Finley at quarterback, and were destroyed by the Ravens last week.

As a result, the popularity figure is extremely high. The 51% usage rate for Oakland means that their value as a survivor play is reduced. They are in the top tier of safety options this week, but our models do have them as the third-highest, at 77% win probability, meaning there are other options that are similarly safe, or safer, but do not come with the high popularity.

If you would like to see the teams we are more likely to be recommending this week, there are plenty of attractive options below.

The Vikings are coming in at a similar safety level as the Raiders, as they get Denver at home in Week 11. The popularity, though, is less than half that of the Raiders, making the Vikings a more valuable play this week. That popularity is held down because the Vikings have been a more frequent survivor play so far this year, and just three weeks ago, were the most popular choice. At the time, we recommended our subscribers use them at a lower rate in Week 8, and that was driven by their higher future value. That future value consideration included the value they could provide this week, when the majority of entries would have used them, along with Buffalo (Week 7’s most popular choice) and San Francisco (Week 9’s most popular choice).

The Vikings do have good future value, but this is also a good spot to use them, and as of right now they look one of the two most likely recommendations for our subscribers this week.

The other most likely recommendation for our subscribers is the San Francisco 49ers, getting Arizona at home. The 49ers were the most popular public choice back in Week 9, which is holding down their usage this week. They have the highest projected win odds this week, but come in as only the third most popular choice. They are a more valuable option in pools that are closer to the end game that have very few entries left (and thus where future value four weeks from now is less important).

The main reason that Minnesota would be given out as this week’s play to a higher percentage of entries is future value. San Francisco is our current projected top win odds play in Week 15, when they host Atlanta. Since Minnesota and San Francisco both have great expected value this week, then, you may see some entries that have those teams available save the 49ers for the future.

The Saints are a tier below the top three safety options this week (Minnesota, Oakland, and San Francisco) when they travel to Tampa Bay. We have their current projected win odds at 70%, more than 10% below both the 49ers and Vikings. They aren’t a terrible choice this week. They have an expected value higher than taking the Raiders in a large pool, but unless either the popularity numbers go down a bit, or the win odds improve with, say, some injury news as the week develops, they are not as likely to be a big part of our portfolio.

Buffalo, like the Saints, are a tier below the top safety options this week when they travel to Miami. Their future value is largely tied to whether you think your pool could go to Week 17, as they do get the Jets at home to close the season. They also have some value next week when they get Denver at home, because there are no clear top options in Week 12 from a high win odds perspective.

The Bills do have the third-highest expected value (EV) this week in a sample 100-entry pool, but are well behind the 49ers and Vikings in terms of value, and as a result are not as likely to be as big a part of this week’s portfolio, unless the pick percentages or game odds change in Buffalo’s favor.

If you are a survivor pool picks subscriber, you have access to the customized survivor picks for your specific pools. Remember that the information here is written earlier in the week, is a more general summary of the week that may not be applicable to your pool rules, and some information could be outdated by Sunday. Pick popularity can change over the course of a week, and injury news and line movements can alter which picks are the best for your pool. So don’t forget to visit our NFL Survivor Picks before your deadline to submit picks, and also visit the Football Pick’em Picks and NFL Betting Picks.