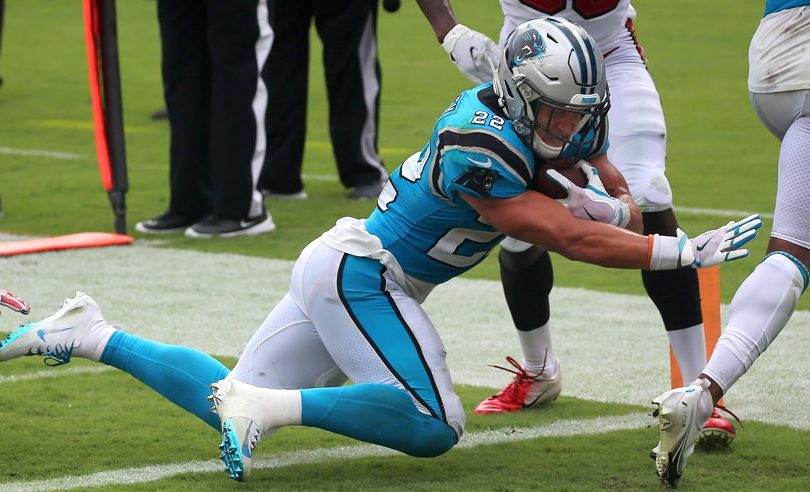 Unlike a lot of NFL players, this column has survived Week 2 of the 2020 NFL season unscathed. Last week featured no huge upsets but plenty of big-name injuries that could have a longer term impact on teams’ fortunes.

Below you’ll find a breakdown of not only how teams performed against the spread and over/under lines in Week 2, but also an analysis of the more important stuff, such as the fluky plays and highly improbable outcomes that can often make ATS records misleading. Digging beyond simple records often provides clues as to which teams may be setting up well for a future point spread cover.

NFL Week 2 By the Betting Numbers

An Upset-Free Sunday Followed By A Vegas Monday Night Win

Sunday in the NFL featured some near-upsets, but in the end, the only team that was a betting underdog to win Sunday were the Los Angeles Rams. The Rams opened the week as the favorite but ended up as the smallest underdog of the week, with a 45% chance of winning based on betting odds.

So in a week where there were 11 games with teams favored by between 5 and 9 points, we saw no major upsets on the Sunday slate. That changed Monday, when the Raiders, as a 4-point underdog in their Las Vegas home opener, beat the New Orleans Saints 34-24.

The closest games to producing an upset earlier were:

The net result of all these favorites surviving was a 14-2 straight up record for favorites in Week 2, but a 7-9 against the spread mark, as several underdogs covered the number but could not get the victory.

The Jets Appear To Be Bad at Football, Despite Having A “Brilliant” Offensive Mind

The New York Jets lost 31-13 at home to San Francisco in a game that wasn’t that close, a few days after owner Christopher Johnson praised head coach Adam Gase as a “brilliant offensive mind.”

That marks the second straight week the scoreline is probably generous to the J-E-T-S. Some of the lowlights from Sunday:

Several key injuries happened in Week 2, many of which will have long-term implications and could impact the betting futures outlook for several teams. They include:

Every team in the NFL has now played one home game and one road game. The home teams have been favored, on average, by 1.4 points through the first two weeks, and the average final score margin so far has been +2.8 points in favor of the home team.

Back in the summer, when we analyzed 2020 NFL home field advantage and predicting the impact of reduced crowds, we stated:

Because the small sample size of 2020 games, we can’t definitively conclude anything yet, but so far home field advantage does not appear drastically different than the aggregate of recent seasons.

The primary difference so far this year is what appears to be a slight downward adjustment in expected home field advantage, but similar results for home teams (compared to the recent past) to start the season.

In this section each week, we will list a summary of drives that ended with turnovers, but not only official turnovers like interceptions and fumbles.

In case you ever doubt how much turnovers and/or other largely random bad luck plays can impact a team’s win-loss and ATS records, take note that most of the teams at the top of the table lost (and failed to cover) while most of those at the bottom won (and covered).

One notable exception in the win column is Dallas, who had 5 drives end in bad mistake outcomes, but rallied to beat Atlanta on a last second field goal after recovering this onside kick attempt.

This is legitimately one of the craziest onside kick mistakes I’ve ever seen in the #NFL. pic.twitter.com/bYk1qoqK7Z

Atlanta is officially down with zero turnovers, missed field goals, or failed fourth down attempts to end drives, so that play isn’t in the official tally but spiritually counts…

Here’s a summary of the full season so far showing the net number of drives ending in turnovers or miscues for each team. As you might expect, several of the teams near the top are 2-0 ATS, while some notable disappointments appear at the bottom of the list.

Here’s how some of the more standard spilts look after Week 2:

Scoring is up for 2020 so far, topping an average of 50 points scored per game through the first two weeks. 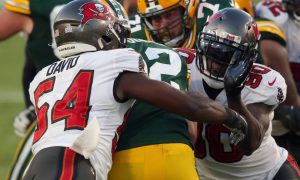