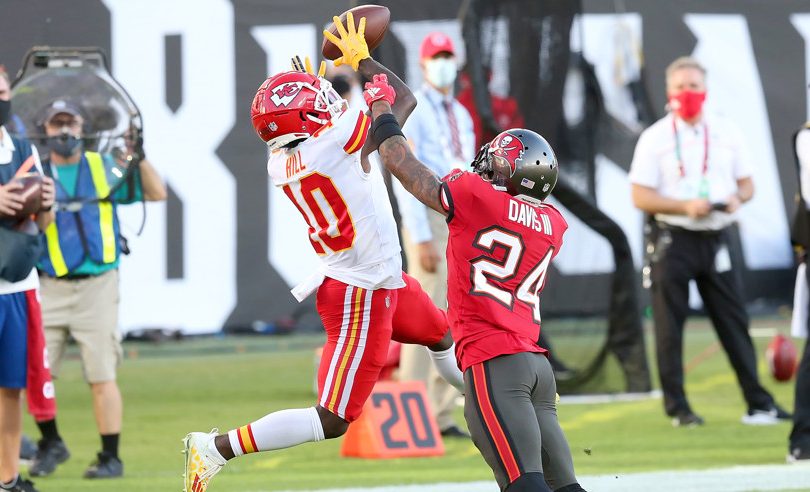 NFL Week 12 was full of road favorites, and we saw quite the variety of outcomes. Six of the 15 games in Week 12 ended up being decided by 14 or more points. It also included a historically unprecedented situation, and some top matchups.

In this post, we’ll examine not only how teams performed against the point spread and over/under lines in Week 12, but also review some of the fluky outcomes that can make ATS results misleading. This level of analysis sometimes provides hints as to which teams may be setting up well to cover the spread in the future.

(We’ll note that we are still waiting on the Pittsburgh-Baltimore game, which has been moved to Wednesday, so all summary results for Week 12 below will exclude that result. We’ll update the post after that game.)

To search for your own NFL betting trends, we invite you to use the beta version of our BetIQ Trend Finder Tool.

NFL Week 12 By the Betting Numbers

Four different games featured backdoor covers where the favorite still got the victory, but the underdog covered the spread with a late touchdown making the difference between ATS victory and defeat.

Kansas City looked like the right side at the most common spread of 3.5 points over Tampa Bay, building a 27-10 lead entering the fourth quarter. The Chiefs rolled up 543 yards of offense as Patrick Mahomes had another stellar game and Tyreek Hill exploded for over 200 receiving yards in the first quarter. But Tampa Bay scored two fourth quarter touchdowns, and though Kansas City killed the rest of the clock, the Chiefs did not push to score with the lead in hand.

Cleveland had an 8-point lead and the ball in Jacksonville territory with just over 5 minutes left, when they were stopped on 4th and 1. Jacksonville went down the field and scored, but missed the two-point attempt.

The Browns then held the ball to preserve the victory but lose the cover.

The Giants were probably the right side to have, as the Bengals offense only mustered 155 yards of offense all day, but New York but did not get the cover.

With the score at 19-10 late, the Bengals’ only previous touchdown came on a kickoff return. But a roughing the passer and pass interference call allowed Cincinnati to put together their only sustained drive of the day for a touchdown just before the two-minute warning.

Cincinnati actually got the ball with a chance to win after a three-and-out for the Giants, who had to finish with Colt McCoy at QB. However, quarterback Brandon Allen fumbled on the first play of the final drive.

The worst bad beat (for some) came in the Seattle-Philadelphia game, where the Seahawks (-6.5) were up 23-9 when the Eagles scored with 11 seconds left.

Philadelphia then went for two and converted to make it a six-point game and provide the cover against the most common spread.

Throw Out the New Orleans-Denver Game

The Denver Broncos had to play without a quarterback, as Kendall Hinton came off the practice squad and played the position on very short notice. New Orleans, meanwhile, had a quarterback (Taysom Hill) making his second career start.

With the only realistic chance for a Denver win coming if the Saints made costly turnovers, the game plan was conservative for both teams.