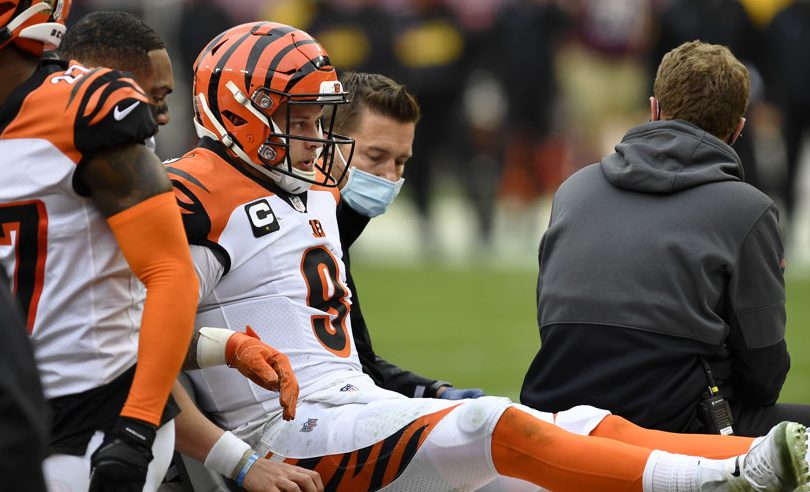 The Bengals were already one of the worst teams in the NFL while relying heavily on Joe Burrow. Now, they could really struggle. (Photo by Randy Litzinger/Icon Sportswire)

Week 11 saw a lot of close games, and some lower scoring contests. For the week, 10 of 14 games in all were decided by just one score. In addition, the four games that weren’t one-score games all went under the total, with the losing team struggling to score points.

In this post, we’ll examine not only how teams performed against the point spread and over/under lines in Week 11, but also review some of the fluky outcomes that can make ATS results misleading.

This level of analysis sometimes provides hints as to which teams may be setting up well to cover the spread in the future.

NFL Week 11 By the Betting Numbers

Detroit Lions Take the Loss, and the Shutout

Detroit caught the Carolina Panthers in what seemed to be a good spot. Panthers quarterback Teddy Bridgewater was ruled out on game day. The Panthers defense also has struggled most of the season, and was coming off a game where they gave up over 500 yards.

But Detroit laid an egg in one of the worst offensive performances of the season. The Lions were shut out and had only 10 total first downs. Matthew Stafford was on the injury report with a thumb injury during the week, and the team was again missing its best wide receiver, Kenny Golladay, as well as the most dynamic player at running back, D’Andre Swift, who was in the concussion protocol.

So far this season, in four games when Golladay has recorded a catch, the Lions are averaging 28.0 points and have won three times. In the other six games, they have averaged 19.2 points and have only one win. It might be worth keeping an eye on Golladay and Swift’s status for the Thanksgiving Day game. Detroit draws what looks like a favorable defensive matchup against Houston, but it may not matter if the offense is limited.

The Miami Dolphins had been winning recently despite giving up far more yards than they were gaining. Miami still won the turnover battle against Denver, but lost because Denver more than doubled them up in total yards.

Most favorites are going to win a game if they win the turnover battle, but Miami is not most favorites. The Dolphins are bottom five in the NFL in total offense.