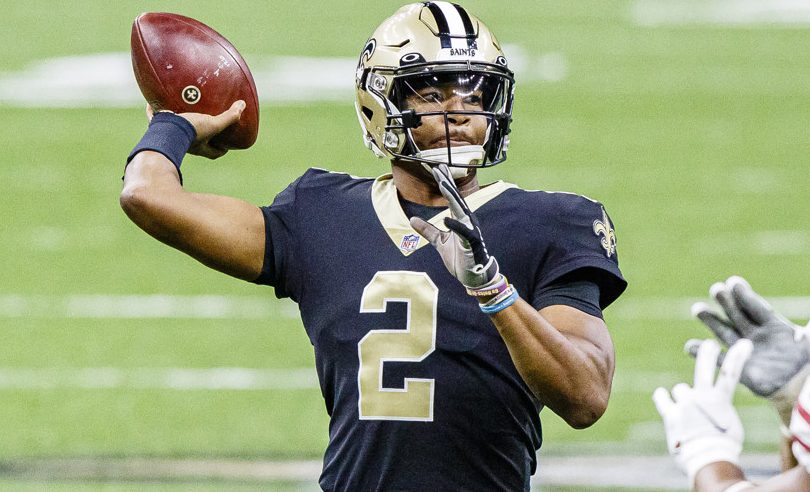 NFL Week 10 saw favorites finally cover at a high rate, and home teams reverse recent trends of struggling to win and cover. Weather continued to impact some games in the Midwest and Northeast as well.

In this post, we’ll examine not only how teams performed against the point spread and over/under lines in Week 10, but also review some of the fluky outcomes that can make ATS results misleading.

This level of analysis sometimes provides hints as to which teams may be setting up well to cover the spread in the future.

NFL Week 10 By the Betting Numbers

With the Raiders leading 10-6, Denver had a chance to either take the lead or at least get within a point with a field goal right before halftime. Instead, a two-play sequence during which (a) Lock ran for a touchdown but it was called back for a holding penalty, then (b) Lock threw a bad interception in the red zone, shifted the game.

Lock ended up throwing four interceptions in the loss, and Denver had five total turnovers as the game got out of hand in the second half. The 37-12 score margin was almost entirely the result of Denver mistakes. The two teams ended virtually even on first downs (21 to 20) and yards (357 to 313).

Turnovers, though, have been a problem for Lock all year. This is the fifth straight start where he has thrown at least one interception, and he’s now at 10 for the year, versus 7 touchdown passes. He may be on a short leash if the turnovers continue, but Denver’s other options are Jeff Driskel (6.1 career yards per attempt, 1-8 as starter) or Brett Rypien (4 interceptions on 40 attempts this year).

Don’t count out Touchdown Tom after a stinker, even at age 43.

Brady threw three picks and the Bucs had three points last week. Yet he bounced back as Tampa Bay had 544 yards against Carolina and 46 points, the most of any team in Week 10 and the fifth-highest point total of the year so far. That means Tampa went from the lowest scoring team in Week 9 to the highest scoring team a week later.

For his career, Brady’s teams are now 7-2 SU and 7-2 ATS the game after he throws 3+ interceptions.

Drew Brees has five fractured ribs and a collapsed lung, with some of those fractures the result of a sack taken right before halftime of Sunday’s game.