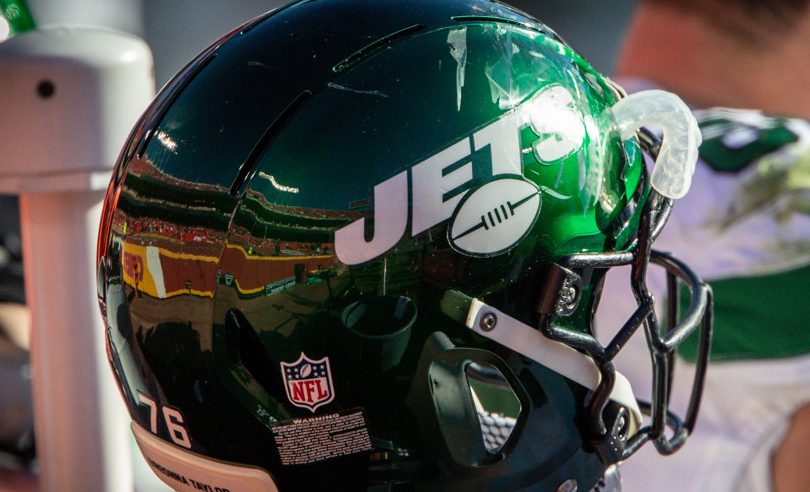 Should you bet on the Jets to go 0-16, or get a win? (Photo by William Purnell/Icon Sportswire)

As we approach the end of November, playoff races are coming into focus and contenders are starting to separate from pretenders in the NFL. However, things aren’t so far along that division races and playoff spots have been decided yet.

That makes now a good time to check in on some team futures betting opportunities, including:

For this post, we will reference recent NFL futures odds offered at DraftKings sportsbook.

(If you’re in a betting legal state, btw, we’ve got a great signup offer for DraftKings sportsbook, in addition to deals for other legal USA sportsbooks.)

Below, we highlight some of the resulting value bets based on that analysis. By “value bet” we mean that based on our projections, a bet at the odds offered would have a positive expected value — not that it has a better chance to win than lose. (Some futures bets are more of the longshot variety.)

But first, let’s examine how one specific team is especially hard to evaluate this year.

The Curious Case of the Miami Dolphins

As it turns out, some of the largest current differences between our projections and betting market futures odds involve the Miami Dolphins.

For example, the Dolphins are listed at +300 to win the AFC East. At those odds, the bet would have a positive expected outcome if the true odds for Miami winning the AFC East were better than 25%.

Our projections, meanwhile, currently have Miami at 39.6% to win the AFC East, a far better chance than the market odds currently imply.

In cases like this, the first thing we do is try to figure out if our models likely have a “blind spot” concerning a particular team, and sure enough, one may indeed apply to Miami.

Scoring differentials play a big role in our team ratings and subsequent season projections, and so far, Miami rates fairly well in that category during its 6-3 start. In most cases, the degree to which a team outscores its opponents is reasonably reflective of the quality of a team’s underlying play.

Miami, though, is an extreme case this year. The Dolphins have benefited from things like long turnover returns, special teams plays, and opponents missing an inordinate amount of field goal attempts.

In addition, regression to the mean did seem to negatively impact these outlier teams down the final stretch of the season. Those 10 teams averaged only 2.8 wins over their last seven games, and nine of them had losing records over that span.

So while Miami has had a surprisingly good season so far, our projections for the Dolphins are likely at least a bit too optimistic because of a scoring differential that is relatively less likely to hold up going forward, compared to other teams.

With the wacky Miami situation explained, let’s move on to some mid-season futures bets that do look like values based on our projections.