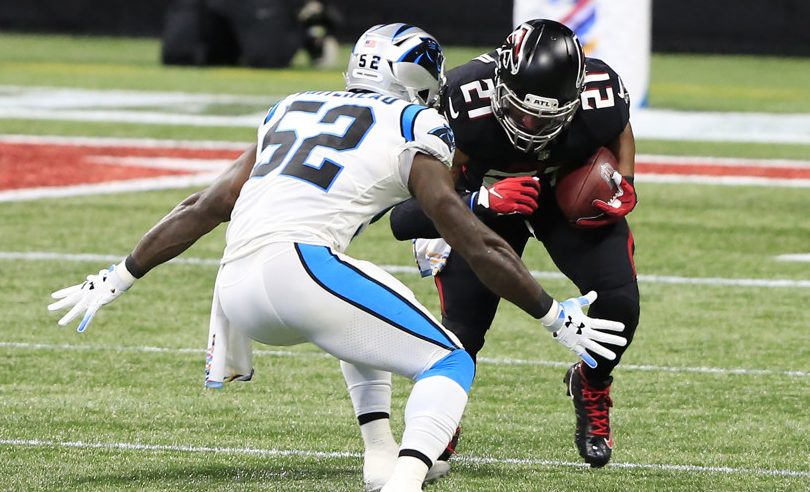 Carolina and Atlanta get together for the second time this year, with the Panthers looking for the sweep (Photo by David J. Griffin/Icon Sportswire)

Just 18 days ago, the Carolina Panthers beat the Atlanta Falcons in Atlanta. Tonight, the Panthers turn around and go for the sweep on Thursday Night Football.

Atlanta came into the 2020 season with a slightly higher season win projection, and was a 2.5-point favorite in the first matchup. In the rematch, Carolina is a 2-point favorite at home, and the teams are within a point of each other in our predictive power ratings.

The point spreads for both Carolina-Atlanta games this year suggest that these teams are similar in quality, despite the fact that Carolina already beat Atlanta, and on the road no less.

Should knowing that first game result impact how NFL bettors evaluate the odds in the rematch?

Here is how the home team historically has done in the second game in a NFL division series, depending on whether it won or lost the first series game on the road in that same season.

(Note: We threw out the four games where the first game ended in a tie.)

Home Team Performance In The Second Game Of A Division Series, Since 2008