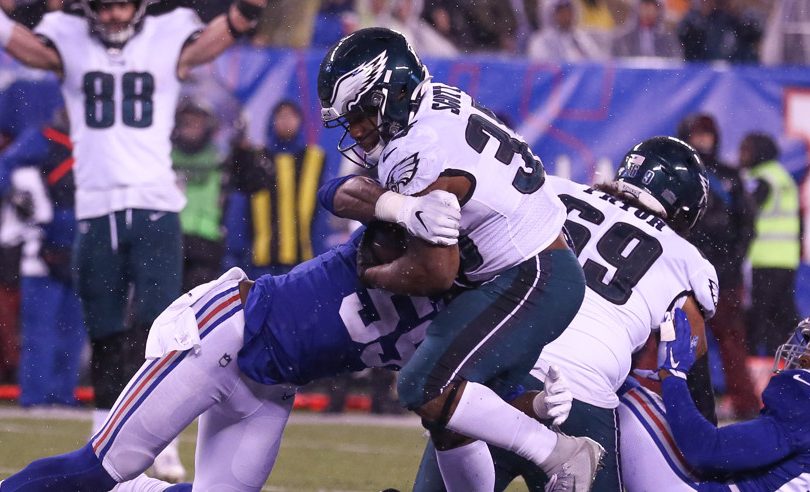 When the Eagles and Giants get together, home and away doesn't seem to matter (Photo by Rich Graessle/Icon Sportswire)

The NFC East has been a mess all season. The four teams in the division are a combined 5-18-1. The Dallas Cowboys, who are 2-4 and have yet to cover a point spread this season, are in first place.

You will find no shortage of discussion about just how bad this division is right now as we head toward two division matchups in Week 7.

Instead, let’s talk about something else fairly remarkable that should be of interest to NFL bettors. When NFC East teams play, home field advantage does not seem to matter — and that was true even before games started being played in front of no fans this year.

Here are the home team records both straight up and against the spread from 2002 to 2019, for each of the six pairwise matchups in the NFC East.

(2002 was the first year that the current four-team divisional format was used. Before 2002, the Arizona Cardinals were part of the old NFC East.)

What The Data Says About NFC East Home Field Advantage