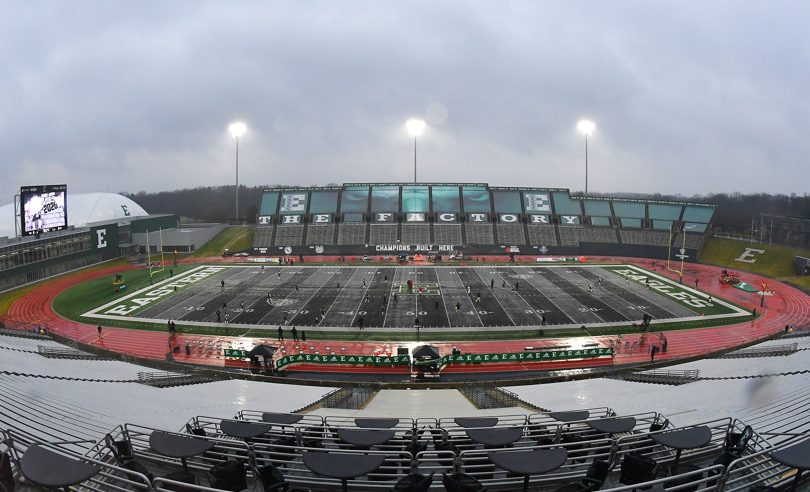 When the temperature is colder in bowl games, the overs have tended to hit more (Photo by Steven King/Icon Sportswire)

Traditionally, college football bowl games were played in warmer weather venues, while the rest of the country was mired in winter.

With the expansion of college bowl games in recent years, though, we have seen a greater variety of locations start to play host. For example, there is now a bowl game in Boise, Idaho and one in New York City (though the Pinstripe Bowl will not take place in 2020).

Given the recently expanded range of temperatures and weather impacting bowl games, a couple very interesting ATS and over/under trends emerge based on historical data.

How Has Weather Impacted Point Spread And Over/Under Records In College Bowl Games?

Using data from Weather Spark, we pulled the average daily high temperature on January 1st in each of the bowl host cities. (Bowl games played in a dome were denoted as such as well).

Then, we compared the spread and over/under results since 2008 based on the typical climate in the host cities in bowl season. This table shows the performance of favorites in each climate.