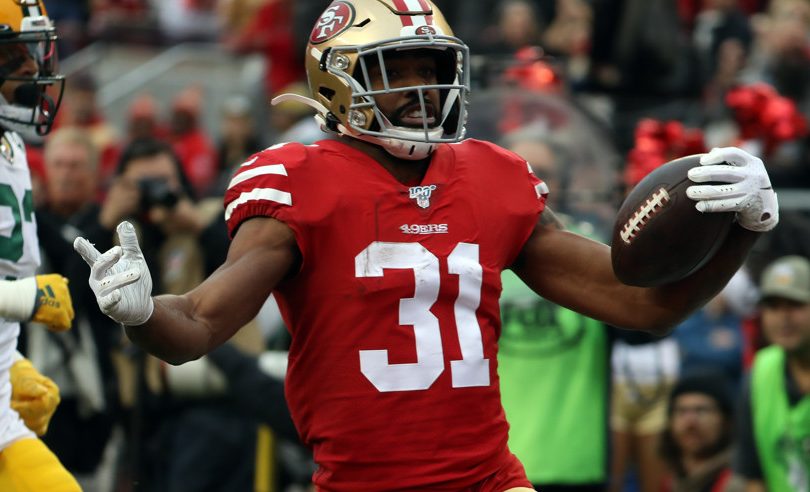 Super Bowl prop bets are an entertaining way to wager on one of the most popular sports betting events in the United States.

Instead of betting on the Kansas City Chiefs or San Francisco 49ers to win Super Bowl 54, you can wager on the coin toss, the color of the Gatorade dumped on the winning coach’s head, the length of time to sing the national anthem, and all sorts of other minutiae surrounding (or sometimes barely related to) the game.

Some of these props are just vanity bets that offer no value to a discerning sports bettor, especially the zanier ones. But there are also many props well suited for data-driven analysis.

In another post, we analyzed some of the odds for betting on the Super Bowl MVP. In this post, we’ll explore a few notable Super Bowl prop bets related to actual game action. (Sorry, no analysis here on whether or not Jennifer Lopez will show butt cleavage during the halftime show.)

As of writing time, the three prop bets below were available online at PointsBet in New Jersey, though we can’t guarantee how long they will be around, or if similar bets are available at other sportsbooks.

Will the first offensive play of Super Bowl 54 be a run or a pass?

This prop allows you to get some early-in-the-game action, without resorting to a bet that is a true coin flip or defies any deep analysis like, well, wagering on the opening coin flip.

Run is the favorite here, requiring you to risk $149 for every $100 that you are trying to win. That means you need to think that a first-play run is likely to occur at least 59.8% of the time to justify wagering at these odds.

The pass option, at +110 payout odds, offers a better payout. You’d win $110 for every $100 you wager on it. Consequently, you need to think that a first-play pass is likely to happen at least 47.6% of the time to see value here.

(You may notice those two probabilities add up to more than 100%. The difference is the vigorish or rake, effectively a wagering fee added by the sportsbook, which is how they make their money.)

To help decide if either side is worth a bet, here’s some relevant information to consider.

First, you’d want to know how both these teams tend to act when they win the coin toss. In this case, it’s pretty simple. Both the 49ers and Chiefs deferred every single time they won a coin toss in 2019. That makes it equally likely that each team will start the game with possession and be on offense for this bet.

So what have the Chiefs and Niners done on their first play from scrimmage in every game this season, including the playoffs?

Based on how the teams have behaved this year, a run therefore does appear to be more likely. Combined, San Francisco and Kansas City have run the ball on the first play 72.2% of the time so far this year.

However, this is one play, and either team could depart from its tendency in the biggest game of the year in an attempt to catch its opponent off guard. Still, there seems to be a valid reason why you have to pay a premium to wager on a run starting off Super Bowl 54.

Super Bowl Prop Bet 2: Any Player to Have 100+ Rushing Yards

Will any player in Super Bowl 54 end up with at least 100 yards rushing?

If you bet Yes, you win this prop if any player on either team rushes for 100 or more yards — and the reverse applies for No. The odds here imply that the true odds of either side happening need to be slightly higher than 50% to justify a bet.

From an analysis perspective, one of the first things that pops to mind is the potential for San Francisco running back Raheem Mostert to follow up his 200+ yard NFC Championship Game with another big rushing performance.

Over the last 12 Super Bowls, only two players have had at least 100 yards rushing in the Super Bowl: Frank Gore and Marshawn Lynch. Frank Gore’s 110 yards are the most over those span.

As stated above, Mostert would appear to be the most likely choice to cross that mark this year. His 220 rushing yards against the Packers in the NFC championship game was the most rushing yards in a playoff game in over 30 years.

Considering all NFL playoff games, there have been 19 times in the last decade that a back has rushed for 125 or more yards in a playoff win. They successfully reached 100 rushing yards the next game only six times (31%).

Titans RB Derrick Henry is second on that list for his game against Baltimore in the division round this postseason, and he failed to reach 100 yards against Kansas City in the AFC championship game.

This year, out of 18 games, the Chiefs have had only two 100-yard rushing games, both by Damien Williams. Williams had only 12 rush attempts in both games, and had a touchdown run of 84 yards and 91 yards in each respective game. So from a Kansas City perspective, the chances of a 100-yard rusher seem strongly tied to the chance of breaking a very long run, and it has happened in just over 10% of their games so far.

San Francisco and the Mostert Factor

The 49ers have had six 100-yard rushing games this season, two each by Matt Breida, Raheem Mostert, and Tevin Coleman. Mostert, of course, had the most recent one in the last game. He has been a productive runner all season when given opportunities, but he has had only five rushes that gained more than 20 yards this year. Three of them came against the Packers in NFC championship game.

Mostert averaged 5.6 yards per carry in the regular season, and that rate was not skewed much by a few very long runs, as his longest went for 41 yards. If he gets a significant, “workhorse” level of rushing attempts, he is very capable of going over the century mark.

Tevin Coleman’s Health is Something to Monitor on this Prop

But keep in mind that in the NFC Championship, Tevin Coleman actually started the game, and at the point when Coleman left with a shoulder injury, Coleman and Mostert each had six carries. After that point, Mostert was the entire rushing attack as Matt Breida (who fumbled in the previous game) was little used.

It was Mostert’s first career game with at least 20 carries, and only the second game this year in which he had at least 15 carries. Tevin Coleman is reportedly expected to play in the Super Bowl, and returned to practice on a limited basis on Wednesday. Coleman’s health, and the number of carries he gets instead of Mostert, should play a role in the outcome of this bet.

Into which band below will Patrick Mahomes’ longest completion fall, in terms of yardage?

The options with the highest payout odds, unsurprisingly, are the outliers (0-24 yards and 55+ yards), while the lowest payouts would come from betting either 25-39 yards or 40-54 yards.

Are any of these options potentially a good bet? Let’s look at some relevant data.

Here is the distribution of how long the biggest passing play was in each game this season in which Mahomes played the full game (excluding the Denver game where he got hurt early in the game, and the two games he missed).

Mahomes only had one game where he did not have at least one 25+ yard completion. That was against Chicago, a game in which Kansas City had a big lead most of the game.

His next-worst longest pass in a game (31 yards) was against Indianapolis, a game in which WR Byron Pringle accounted for three of the four longest passing plays because of injuries to the Chiefs receiving corps. In 73% of games this season, Mahomes finished with at least one 40+ yard gain via a pass.

Of course, Mahomes and his big play ability is just one side of the consideration for this prop. You also have to look at the defense.

San Francisco’ pass defense ranked 1st in the NFL in net yards allowed per pass attempt in 2019, so the Niners were generally very tough against the pass. But how did that general excellence translate to longest pass plays allowed?

In seven games, the 49ers did not allow a single completed pass of 25 yards or more. But in four games, they allowed at least one pass of 55+ yards.

There is also no relationship between (a) the 49ers otherwise playing well on defense and winning, and (b) the 49ers giving up a big passing play. In fact, the chances of San Francisco giving up a long pass are likely higher if its opponent is behind and has to start passing more to try to catch up. Fun fact: the 49ers are 6-0 this season in games where they gave up a passing play of at least 40 yards.

Based on these distributions, the middle bands haven’t been quite as common as the current odds imply, while the longest band has occurred at an even to slightly above break even rate. The 49ers have given up a big passing play in 22% of games, while the Chiefs have hit one 27% of the time.

These are just three of hundreds of potential prop bets you can play in the Super Bowl, especially if you live in a state where online sports betting at licensed sportsbooks is now legal.

Some props, like wagering on heads vs. tails for the initial coin flip or on which team will make the first challenge, offer little if any potential to do research that might identify a positive-expectation bet. But plenty of other Super Bowl props offer interesting and complex analysis opportunities, where relevant data may contradict what the general betting public assumes, and may not support how a sportsbook has set the odds.

As you analyze the huge menu of props for Super Bowl 54, just remember that it’s crucial to consider the payout odds offered by each one. Even if something seems pretty likely to happen, bad payout odds can make it a bad bet. And on the flip side, longshot odds that look big and juicy still may not be offer as big a payout as they should be.

But with so many props on offer, there are bound to be some good values in the mix. 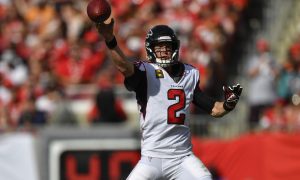